Julia Munsey ’02 was elected chair of the UMaine Alumni Association’s Board of Directors at the Board’s annual meeting on June 2nd. Munsey, of Bangor, is the director of membership and corporate development for the Maine International Trade Commission.

Rob Frank ’88, of Hampden, was elected chair-elect and is expected to assume the board’s leadership after Munsey’s two-year term ends in 2020. Frank, a civil engineer, is a principal of WBRC Architects & Engineers.

Justin Labonte ’10, currently of Florham Park, NJ, was re-elected as the association’s treasurer. He is a manager of financial reporting for Emerson Automation Solutions. 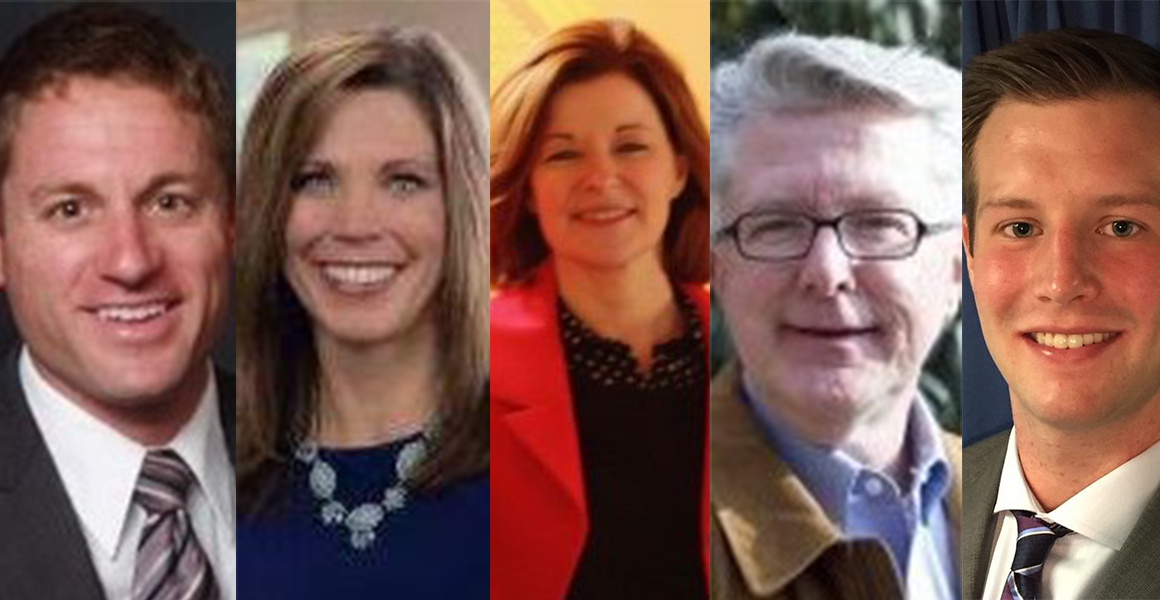 Several accomplished professionals have been added to the Alumni Association’s Board of Directors. Pictured from left to right, they are: Justin Barnes ’01, Sarah Dubay ’97, ’00G, Theresa Lee ’87, Charles Stanhope ’71, and Harold “Trey” Stewart III ’16.

Barnes ’01, a journalism and advertising graduate, is general manager for Black Bear Sports Properties, a part of Learfield Sports. He held similar positions in New Hampshire, Montana, and New York before returning to Maine a few months ago.

Dubay ’97, ’00G is the chief communications and public affairs officer for Penobscot Community Health Care, based in Bangor. She received degrees in education and in instructional technologies from UMaine.

Lee ’87 received her bachelor’s degree in psychology. She has had a long career in higher education, primarily in fundraising and alumni relations. Lee recently founded TJL Partners, a Boston area firm that provides consulting services for fundraising, staffing, and philanthropy programs. She resides in Northborough, Massachusetts.

Stanhope ’71 currently serves as the chair of the Maine Arts Commission Board of Directors. He is retired after a long career as senior management for the U.S. Library of Congress. He resides in Southwest Harbor.

Stewart ’16, of Presque Isle, is an elected member of the Maine House of Representatives. He serves on the Legislature’s Committee on Education and Cultural Affairs. During his undergraduate career the political science and sociology major was involved in politics, serving on the Student Senate and completing a Congressional internship.