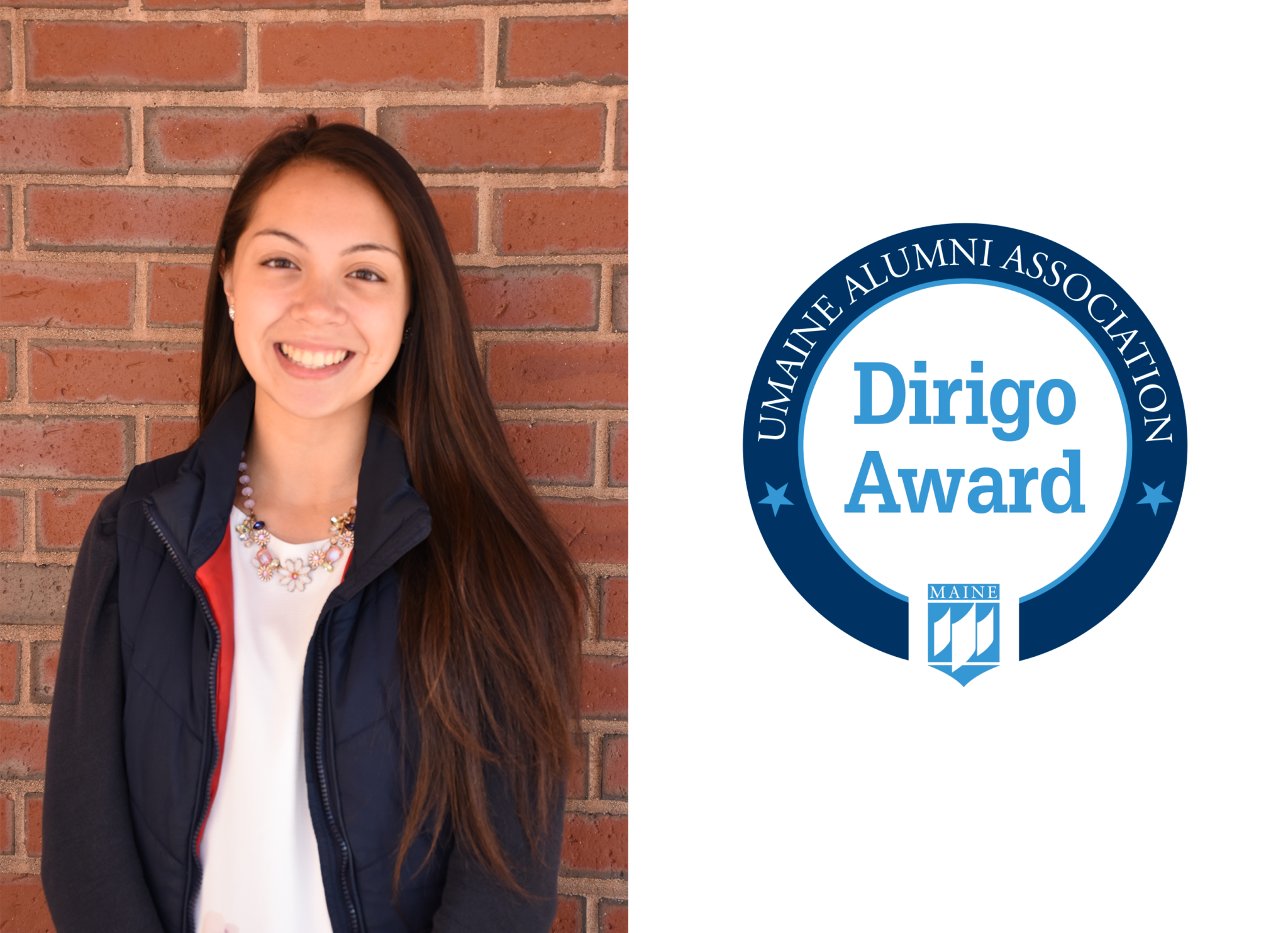 Amy Patania Lyons, this month’s Dirigo award recipient, is in search of a new hike each weekend. The fourth-year UMaine student’s love for hiking and backpacking took her all the way to Santiago, Chile, where she took part in the study abroad program. While studying in South America, she was able to backpack through Patagonia – a “bucket list” experience for her.

“I never expected to attend UMaine, but I cannot imagine having studied at any other school,” says Lyons.

Her Honors preceptors have had a large impact on her academic career and she highlights her advisor, Dr. Robert Glover, as someone who has been particularly supportive.

“I do not think I could have accomplished all of my greatest academic feats without his assistance and encouragement,” she adds.

Everyone on campus is relaxed but will help you the second you need it, and it contributes to the “Mainah” vibe, as Lyons puts it. She says the campus may seem large, but after an individual talk with any number of professors you quickly learn that they care about their students.

Lyons is currently interning at the Maine Attorney General’s Office and plans to attend law school. Her eventual career path will ideally combine both her love for the outdoors and law. She hopes to become an international environment lawyer, focusing on environmental sustainability and international relations for the Environmental Protection Agency (EPA).

School and work might keep Lyons busy, but she also stays active in the campus community – this year is her fourth consecutive year as the Class of 2018 president. She is also a strong leader in the community; she is president of the Sophomore Eagles and is in involved with Delta Zeta, Student Senate, Divest UMaine, the Spanish Club, Maine Business School (MBS) Corps, and the American Marketing Association (AMA).

Her advice to anyone considering UMaine is to visit campus and see what it has to offer. One of her favorite campus activities is the Maine Hello move-in day because she loves meeting new students and helping them make their first transition into college.