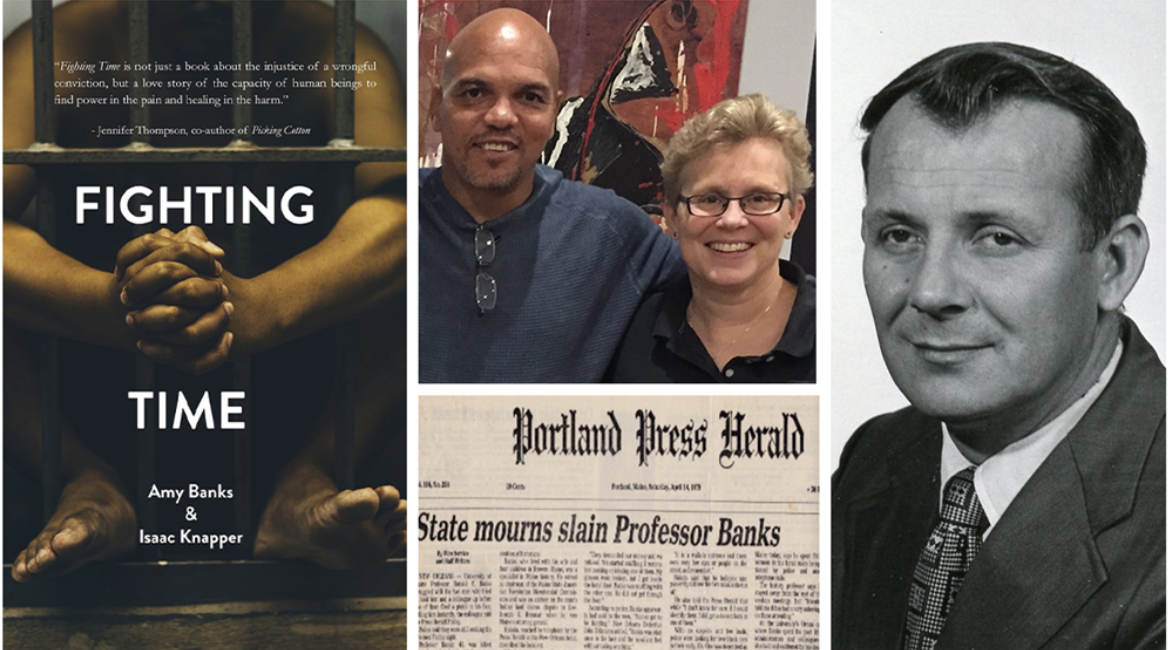 The Murder of UMaine Professor Banks: The webinar and book

WHERE: Online via Zoom

A conversation between Amy Banks and Isaac Knapper, co-authors of Fighting Time, a true story of a partnership forged in the aftermath of murder and injustice In 1979, University of Maine Professor Ronald Banks, a renowned scholar of Maine history, was murdered in a street shooting while in New Orleans to attend a conference. Authorities quickly arrest 16-year old Isaac Knapper, who was convicted and imprisoned for 13 years until his advocates uncovered evidence that proved his innocence.

In 2015, Isaac met Professor Banks’s daughter Amy, who, like Isaac, was 16 at the time of the murder. The two formed an immediate bond—and, in very different ways, a shared sense of victimhood.

Together, Amy and Isaac collaborated on Fighting Time, to be issued in November by Regal House Publishing. In the book, they share their 36-year journey: From young victims of trauma, prosecutorial misconduct, and systemic racism, to becoming allies and advocates for social justice.

Join us on April 12th for their conversation and the Q&A session that will follow. This virtual event is free of charge but requires pre-registration.