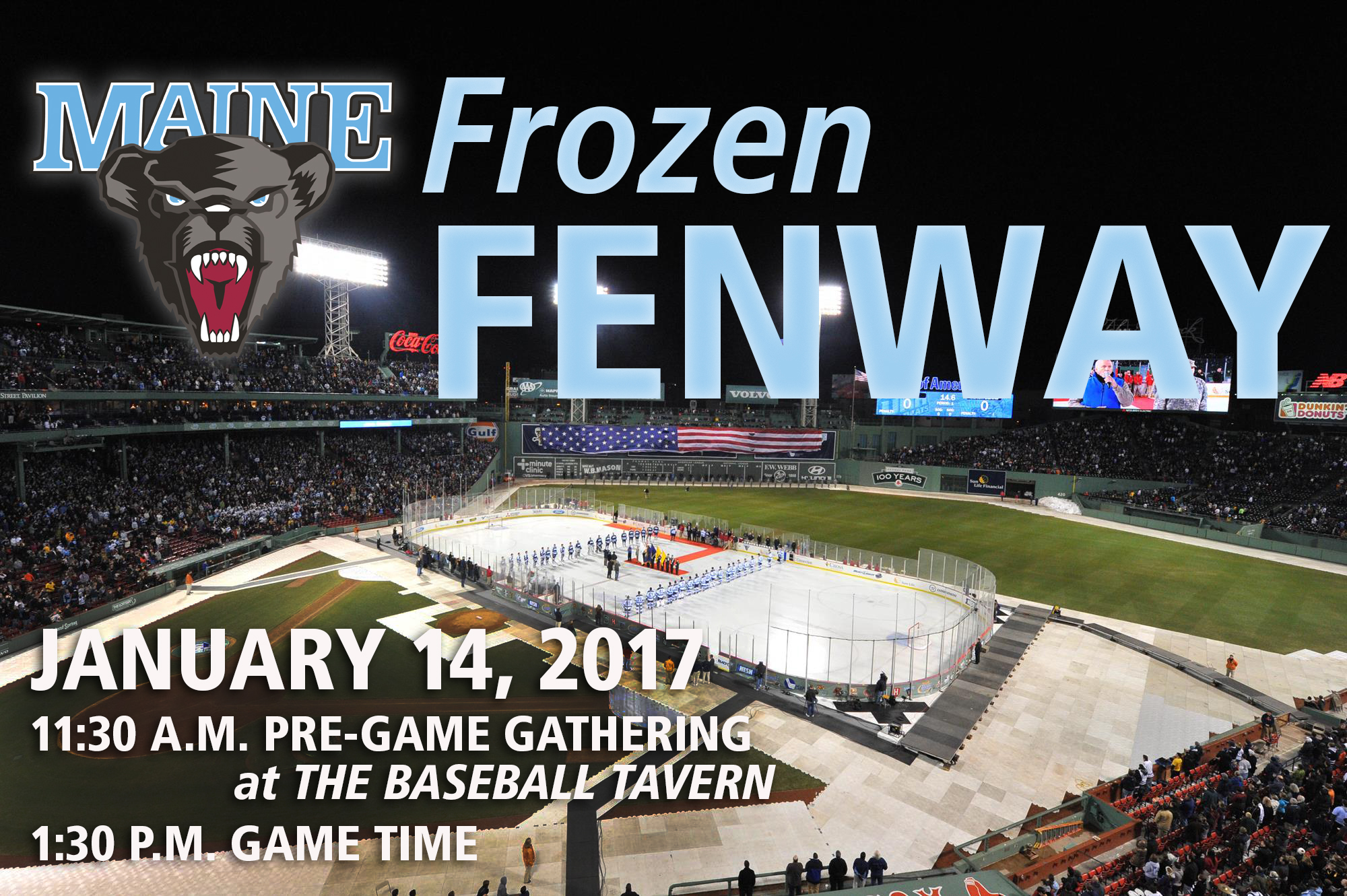 Join the UMaine Alumni Association and fellow Black Bears of Boston for a pre-game gathering!

This announcement from the Red Sox Ticket Office was shared with our office:

In consideration of Saturday night’s AFC Divisional Round matchup between the New England Patriots and the Houston Texans, Fenway Sports Management and Hockey East announced that Saturday’s Capital One Frozen Fenway doubleheader will start 2 1/2 hours earlier.

Based on the new start times, Fenway Park gates will open at noon on Saturday.