In an effort to stay engaged with UMaine alumni and to keep them informed on relevant university-related topics, the University of Maine Alumni Association is proud to offer the Alumni Webinar Series, a special, bi-weekly webinar program to keep Black Bears up to date on students, current events, university initiatives, and more. Click here for full playlist

First Franco author Douglas Rooks shared excerpts from the book and discussed the research behind it. The webinar also featured remarks by Justice Beliveau’s son, attorney Severin Beliveau, and the Honorable Leigh I. Saufley ’76, former Chief Justice of the Maine Supreme Judicial Court and the current dean of the University of Maine School of Law.

Watch Dr. Habib Dagher, executive director of UMaine’s Advanced Structures and Composites Center, for a May 2021 update on UMaine’s offshore wind program. UMaine is collaborating with New England Aqua Ventus LLC, a joint venture between Diamond Offshore Wind, a subsidiary of the Mitsubishi Corporation, and RWE Renewables, the second-largest company in offshore wind globally, to develop an 11-megawatt floating offshore demonstration project off the coast of Maine.

The New England Aqua Ventus offshore wind project is a critical milestone in the commercial realization of UMaine’s internationally recognized offshore wind technology that was developed at the Advanced Structures and Composites Center. The project has received major funding from the U.S. Department of Energy.

Dr. Dagher was joined in the presentation by Maine State Rep. Genevieve McDonald, a UMaine alumna, lobster boat captain, and consultant on the project.

Online education is big business, and UMaine is at the cutting edge of delivering world-class online education through the MaineMBA. Learn from MaineMBA alumni who shared insight on how their online experience unlocked doors, broadened horizons, and helped them to succeed in the changing business world.

A conversation between Amy Banks and Isaac Knapper, co-authors of Fighting Time, a true story of a partnership forged in the aftermath of murder and injustice

In 1979, University of Maine Professor Ronald Banks, a renowned scholar of Maine history, was murdered in a street shooting while in New Orleans to attend a conference. Authorities quickly arrested 16-year old Isaac Knapper, who was convicted and imprisoned for 13 years until his advocates uncovered evidence that proved his innocence.

In 2015, Isaac met Professor Banks’s daughter Amy, who, like Isaac, was 16 at the time of the murder. The two formed an immediate bond—and, in very different ways, a shared sense of victimhood.

Together, Amy and Isaac collaborated on Fighting Time, to be issued in November by Regal House Publishing. In the book, they share their 36-year journey: from young victims of trauma, prosecutorial misconduct, and systemic racism, to becoming allies and advocates for social justice. Watch it here.

This year’s MLK Day event will feature a panel of UMaine alumni, students, and friends who will address the topic of “Being Black in Maine: Lived Experience and the Prospect for Change.” The event will also include a special announcement about the establishment of a new civil rights speakers series. The event was live streamed on YouTube. Watch it here.

“‘Most Wonderful Time of the Year’: Religious Holidays in December” Webinar 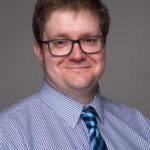 While Christmas gets a great deal of attention each December, the month is significant to many cultures and religious traditions. In fact, much of what is commonly associated with Christmas comes from interfaith borrowing of practices and customs that have occurred over the centuries.

This webinar and Q&A, presented by Derek A. Michaud ’99, a lecturer in UMaine’s Department of Philosophy and the coordinator of its Religious Studies and Judaic Studies academic minors, explores the representative beliefs and practices associated with these holidays.

“Constellations and the Christmas Star” Webinar 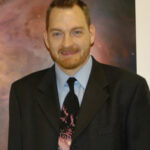 Shawn Laatsch, director of the Versant Power Astronomy Center and Jordan Planetarium shared the stars, constellations, and planets visible in our winter skies. Participants learned how to find these objects in their own backyard, got a special look at a special December planetary conjunction, and looked at what the famed Christmas star might have been. 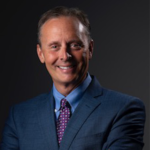 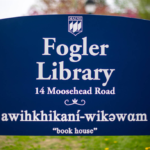 As has been the case for Native Americans most everywhere, for centuries Maine’s original inhabitants have maintained their Tribal Nations as well as resisted and struggled against powerful political and social forces for the rights, opportunities, and protections legally retained by them as indigenous people and promised to them in treaties.

While minor progress has been achieved in some areas—most recently, the establishment in Maine of Indigenous Peoples Day and the elimination of Native names and imagery as mascots—many issues and tensions remain, especially as they relate to tribal sovereignty. Discourse continues in Augusta and throughout the state, in many instances led by Native Americans with strong UMaine ties.

“First Persons: The Wabanaki Peoples of Maine” featured a panel of representatives of Penobscot Nation and Passamaquoddy Tribe. Each shared her perspective on the history of the region’s original inhabitants as well as the public policy, social, and cultural issues that Native Americans continue to address.

“Commemorating Maine’s Statehood: What We Can Learn from Its Bicentennial” Webinar with Dr. Liam Riordan 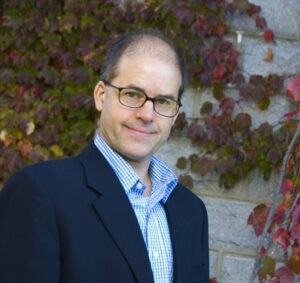 Maine’s path to statehood in 1820 followed years of tensions with the political and economic powers of the Commonwealth of Massachusetts, of which Maine was a part.

Now, 200 years later, remnants of those early political, economic, and cultural issues remain. As Maine celebrates its bicentennial as a state, what can we learn by revisiting Maine’s evolution over these many years? Professor Liam Riordan will address those issues and will take questions from members of the webinar’s audience

UMaine Professor Paul Andrew Mayewski has been to the top of the world—literally.

Mayewski was the leader of a 2019 expedition to Mount Everest, which installed the world’s highest weather-monitoring station and extracted the highest-altitude ice core ever collected. The expedition was organized and funded by National Geographic and Rolex. Listen as he tells UMaine alumni and friends what it was like.

“What’s Ahead for UMaine Football?” Webinar with Coach Nick Charlton 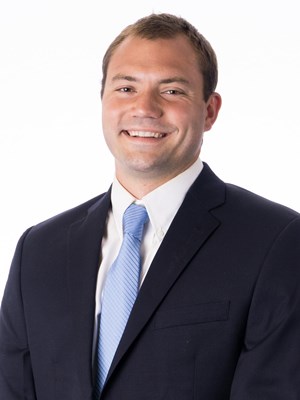 The pandemic has wreaked havoc on college football for UMaine and most other schools. What does this mean for players, recruits, and fans of the Black Bear program?

Small businesses and their customers and clients continue to experience the pandemic’s economic consequences.

Listen as officials from Bangor Savings Bank share an online presentation and Q&A about how owners and managers can protect their businesses during times of economic uncertainty and hardship. 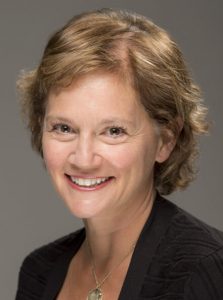 As Stephen King fans know, horror stories can be a great escape from the stress of everyday life. But what happens when life starts imitating art?

Watch UMaine professor Caroline Bicks, holder of the Stephen E. King Chair in Literature, as she discussed what scares us and why, and what she learned with the students in her Horror and Humanity class last semester as they all face the unknown—on the page and in real time. 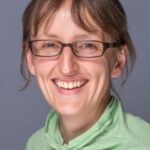 Watch three members of the UMaine Alumni community, share their perspectives and answer questions about their experiences being Black in the U.S. in an important discussion.

“Black Bear Athletics and the Pandemic”

Watch Ken Ralph, the University of Maine’s Director of Athletics, address the future of UMaine sports. Ralph shared his insights regarding Black Bear and NCAA athletics in light of the current pandemic and answered questions from webinar participants.

“Unusual and Unprecedented: The Final Semester of UMaine’s Class of 2020”

Hear from three members of the UMaine Class of 2020 as they reflect on how the pandemic disrupted their final semester on campus—their abrupt departure from campus in March, the shift to online classes, the loss of a traditional graduation ceremony, and much more.

“Journalistic Ethics During the COVID-19 Pandemic”