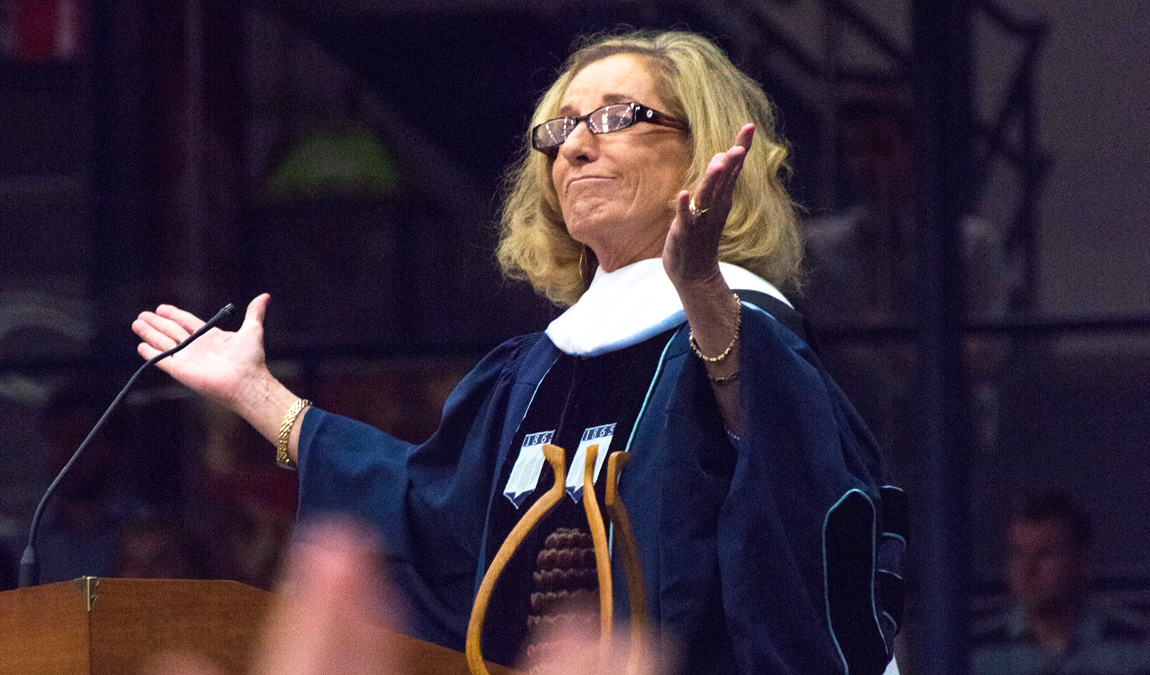 United States diplomat Pamela Murphy White ’71, former ambassador to Haiti and The Gambia, received an honorary doctorate and delivered the Commencement address at the University of Maine on May 14. During her 45-year career in public service, White led programs that improved the health, education, and economic wellbeing of people around the world, particularly in African nations.

A native of Auburn, she earned a degree in journalism from the University of Maine and began her career as a Peace Corps volunteer, teaching English in a village in Cameroon.

She joined the U.S. Agency for International Development (USAID) in 1978, and worked both abroad and in the U.S. on initiatives aimed at reducing disease, providing economic and educational opportunities, and delivering food and clean water.

White knows the importance of understanding other cultures and values in order to work effectively.  “Every country has a different set of values, and if you don’t begin to understand those values, then you’re not going to be successful in that country,” she said in a 2013 interview with The Politic’s Larissa Liburd.

For her achievements, White received the Bernard Lown ’42 Alumni Humanitarian Award from the University of Maine Alumni Association in 2007. Retired, she now lives on Orrs Island, Maine.