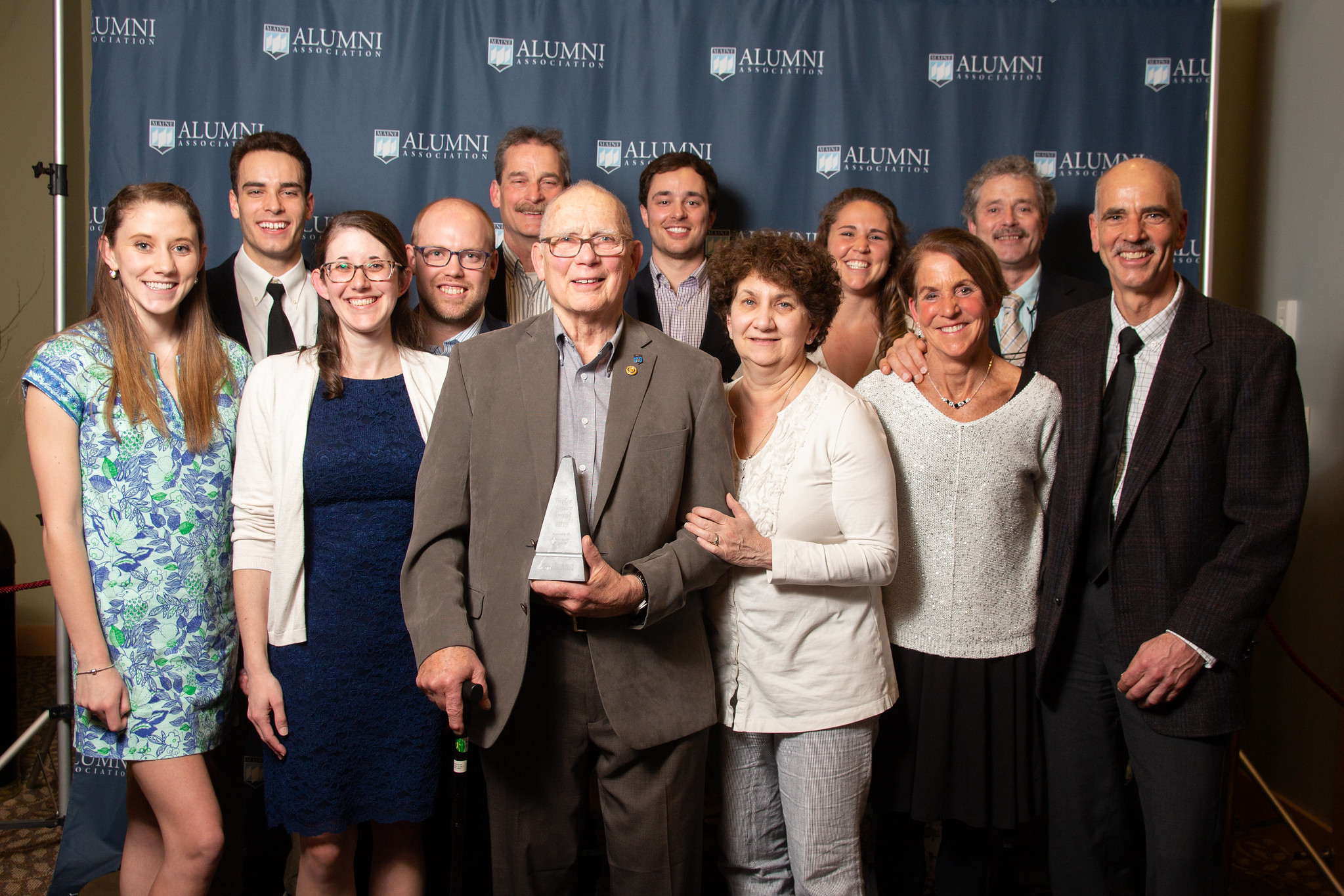 For the recipients of the Fogler Legacy Award, the Davee family, attending the University of Maine has been a strong family tradition for generations. Along the way, mistakes and successes have also been part of the learning process. Robert “Bob” L. Davee ’59 chuckles as he recalls working with his father around 1945 to install electricity at the family camp, and accidentally wiring the system so that the electric meter ran backwards.

The story is all the more entertaining when you know that Bob’s father, Lawrence W. Davee ’22, was a renowned engineer who developed the process for putting sound on film, beginning the era of the “talkies.” Given Lawrence’s background, Central Maine Power initially assumed the act was intentional.

The family’s legacy at UMaine began over 100 years ago with Lawrence’s father, Everett W. Davee, who was a long-time instructor in mechanical engineering. For four consecutive generations, members of the family have attended UMaine, forging paths in engineering and other fields, and as engaged members of the university community beyond graduation. Their achievements make them worthy recipients of the 2019 Fogler Legacy Award.

Lawrence, the first Davee to attend UMaine, graduated with a degree in electrical engineering and soon after married Muriel Goodrich Davee ’22. His sister, Pauline ’39, also attended, and she and husband, George Hitchings ’37, were active alumni and supporters of the university. Their daughters Marion ’65 and Diane ’75 also attended UMaine.

After graduation, Lawrence worked at Fox Films, then as president of Century Projection Corporation in New York City. He received numerous awards for technological advances in motion pictures and earned an honorary doctorate from UMaine in 1976.

Bob remembers visiting the Machine Tool Lab, where his grandfather taught. The atmosphere made a lasting impression on Bob and brother James “Jim” Davee ’50, and it was an easy decision to follow their father’s path to Orono.

The brothers embarked on engineering careers out of state after graduation. Bob eventually made his way back to Maine, where he became owner of Maine Coast Construction in Camden. Jim was part of the team at Worthington Pump Company in New Jersey that developed centrifugal pump designs that are still used more than 60 years later. He continued his career in Georgia, where he resides today.

“From the time we were young, our grandmother called us the young engineers,” says John, now president of Maine Coast Construction. “There was never any doubt that Rick, Mike, and I were going to attend UMaine,” he added.

Now a senior vice president at Wright-Pierce in Topsham, Rick met his wife, Anne-Marie Gallant Davee ’77, ‘88G, on campus. Anne-Marie is an assistant clinical professor at the University of New England.

For Sarah Davee Sawyer ’09, it was an easy decision to attend UMaine after a lifetime of hearing positive stories from relatives. Growing up in Rockport, she attended Black Bear hockey games with her parents, Mike and Lisa Davee ’92G, who have been long-time season-ticket holders.

“I couldn’t wait to sit up in the student section,” she remembers.

Sawyer serves as the manager of Business Analytics at Tufts Health Plan, and lives in Scarborough with her husband, Matt Sawyer ’10, and their daughter Sophie.

More recent family members with a UMaine connection include Sarah’s sister, Molly, a rising senior at UMaine, who is majoring in communication sciences and disorders. Cousin Jake graduated this spring with a degree in mechanical engineering.