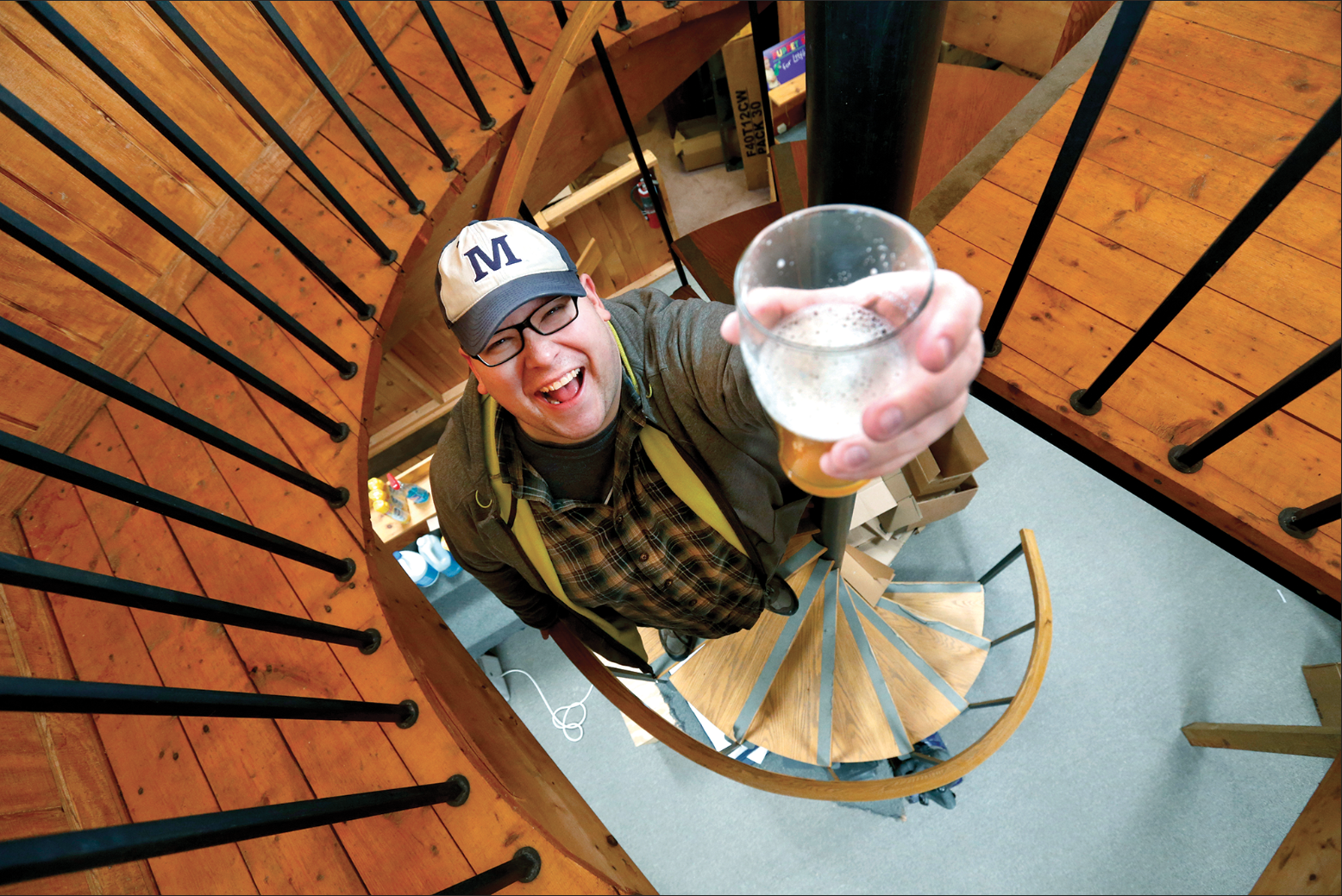 When I arrived at the University of Maine at age 21, I fully expected it to kick-start a long career in academia.

I wanted to use my time in UMaine’s Department of English to catapult myself into a career of teaching, critically reading, and molding minds.

I was lucky enough to enter UMaine as a teaching assistant in 2005. I was barely older than most of my students. (Though I did manage to temporarily convince some of the them that I was already “Dr. Cleveland” and some of the students addressed me by that title for about a week.)

And I thought I had it all figured out. I didn’t. But UMaine helped me figure out a lot about myself.

Now, at age 33, I’ve spent the past 10 years in journalism, including the last eight at the Democrat and Chronicle, the daily newspaper in my hometown of Rochester, New York.

I might have the strangest job in journalism (and arguably the weirdest combination in upstate New York).

I cover beer and breaking news for the D&C. I suppose it’s fitting that I went to graduate school at a place known for “Fill the Steins.”

I write a bi-weekly beer column (“Beer Talk”), cover beer-related news, provide reviews, and explore the beer and cider trends in upstate’s burgeoning scene. (New York currently has 326 breweries, with a new one opening up every 10 days.)

But that’s only about 10 percent of my job. Tuesday through Saturday nights, I sit near the police scanner, go to crime scenes, follow up on the day’s biggest breaking news, and explore the trends in the Rochester community.

Orono cemented my love of craft beer. I fell in love with Allagash White at Woodman’s and drove often to Skowhegan to visit Oak Pond Brewery. (Now I just need to get back to the area to try the much buzzed-about Orono Brewing Company.)

Rochester, which sits about halfway between Buffalo and Syracuse on the shores of Lake Ontario, is home to bustling and rapidly expanding beer scene. The community is strong and thirsty. In my role as beer columnist, I’ve become one of the leading voices in the Rochester beer community.

Monroe County (where Rochester is located) has 15 breweries. It’s also home to New York’s oldest brewery, Genesee. There is no shortage of stories to tell, people to highlight, trends to explore, and beers to drink.

My most recent articles have included the following: the second mate on a tugboat out of Philadelphia opening a brewery in an old Rochester firehouse; a teacher and a chef starting a brewery in an upstate ski town in two geodesic domes (Google that!) that used to house a clay studio (and the building features a giraffe in a wizard cap coming through the roof); and a commercial plumber-turned-nurse who worked to renovate a 1950s dairy barn overlooking one of the Finger Lakes into a cavernous cathedral for craft beer.

As an upstate kid in Maine, I grew up a lot during grad school. UMaine supplied me with some lifelong friendships. I’m still in contact with many of my former students and grad school classmates. Being a journalist has shown me the value of experience.

The beer beat has allowed me to become one of Rochester’s favorite drinking buddies. And as craft beer continues to grow and evolve, both locally and nationally, I’ll tell more stories and continue to form more bonds. I’ll gladly drink to that.