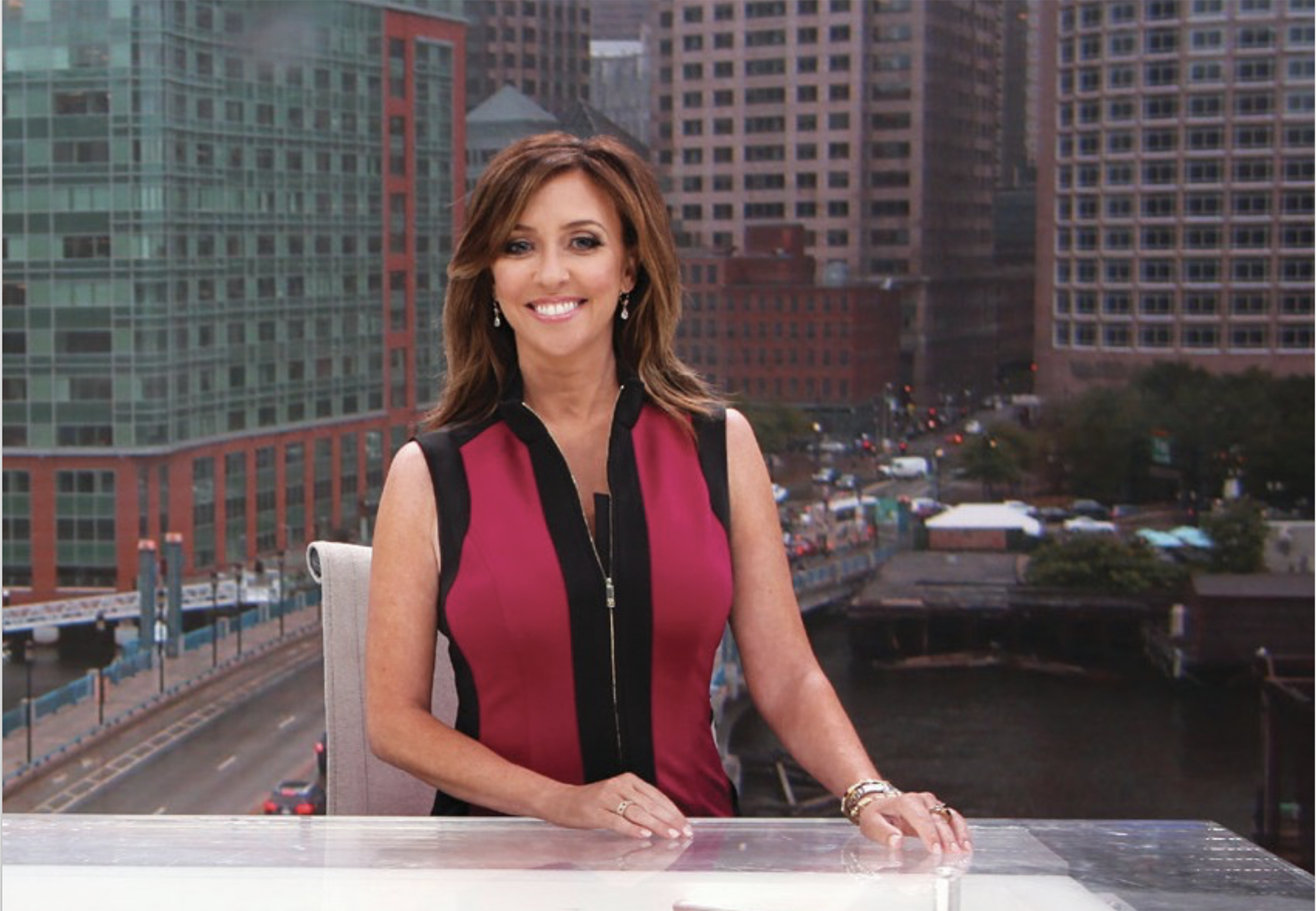 FROM HER DAYS as an undergraduate in search of a major to today, as co-anchor at Channel 10, Boston’s NBC affiliate, Jennifer “J.C.” Monahan ’94 has become a familiar face to many New Englanders.

Over lunch and an audio recorder, fellow Black Bear Jim Sullivan ’78 chatted with J.C. about her career, forgotten awards kept in a box, and those UMaine days.

We’re dining in your old home town [Newton, Massachusetts] and your TV station is not far from here. But you went to college at the University of Maine.

What brought you that far north?

Everybody asks me that question! Long story short, the [other] schools I got into — UMass-Amherst, Hofstra, UNH — they resembled my high school too much. I didn’t want the same thing.

My first year, I lived with a junior and that seemed unfair to her to get a freshman. We could not have been more opposite. But she couldn’t have been more lovely. She just had to deal with this very young, very sheltered 17-year-old who came in with her ballet posters.

Posters on the wall?

I had a rainbow one with pointe shoes. After Dirty Dancing came out I had something a little bit sexier, more Latin. Now, my roommate had black light posters, Led Zeppelin, Pink Floyd, a tie-dye thing. She had her own life and was a strong personality.

Did UMaine have a good broadcasting program then?

I didn’t know that’s what I wanted to do. I loved to dance, but I was not good enough to make a career out of it. I took a lot of psychology courses at first because that’s what interested me the most. I was walking the hall one time and I saw [Education Professor] Walt Abbott ’58, ’65G. I had taken his physical fitness class. He was one of my favorite professors. I said, “Apparently I’ve got to declare a major. Any ideas”? And he said, “You’re supposed to be on TV.” Now, that may sound superficial, but that is not what he meant. We started talking about journalism and I don’t know what he saw but he said, “There’s a presence.” My first reaction was “That’s not a real job. Who does that?!” What an insane idea! But OK, journalism it is. Let’s give it a whirl!

I loved journalism. There’s psychology to it, there’s debate, there’s the writing and storytelling. My parents were like, “You know, if that’s what you wanted, there’s Emerson [College] down the street, there’s Boston University around the corner,” but by that point I was entrenched in UMaine. It was exactly where I was supposed to be because UMaine allowed me to go from a shy, unsure kid to more of a leader.

What else did you do at UMaine?

I became Panhellenic president [the association of UMaine sororities]. And one of my greatest moments was when I got named to All Maine Women [honor society]. If I’d gone to a different school, I don’t know if that would have happened. This school just let me figure myself out.

How did you get your start?

I interned at WLBZ-TV and then got a job there when Steve McKay ’04, a meteorologist, had nobody to fill in for him and one day when he was out, he said, “You want to audition and be my fill-in?” I was always better in math and science — just didn’t like it in terms of what I would do with it — and he started teach- ing me weather. I fell in love with it. So I was hired as a full-time producer and fill-in weather [reporter].

But meteorology wasn’t always in your blood.

It’s very odd. Ask any other meteorologist on the planet and they will give you some version of the story that starts with “When I was a kid, I was in a tornado” or “I had a weather journal.” It just wasn’t on my radar… I watched the weather to see what to wear. Very superficial, completely!

When I started to do weather, I loved it. I got a job offer from Portland and I had almost no experience. I signed up for an online program [at Mississippi State University]. It was a legitimate program and they were ahead of their time. NECN hired me here in Boston — I think it was only four or five months after I graduated from Mississippi State — and the next step was getting my AMS [American Meteorological Society] seal. Then I went to Boston’s WCVB-TV in two years. 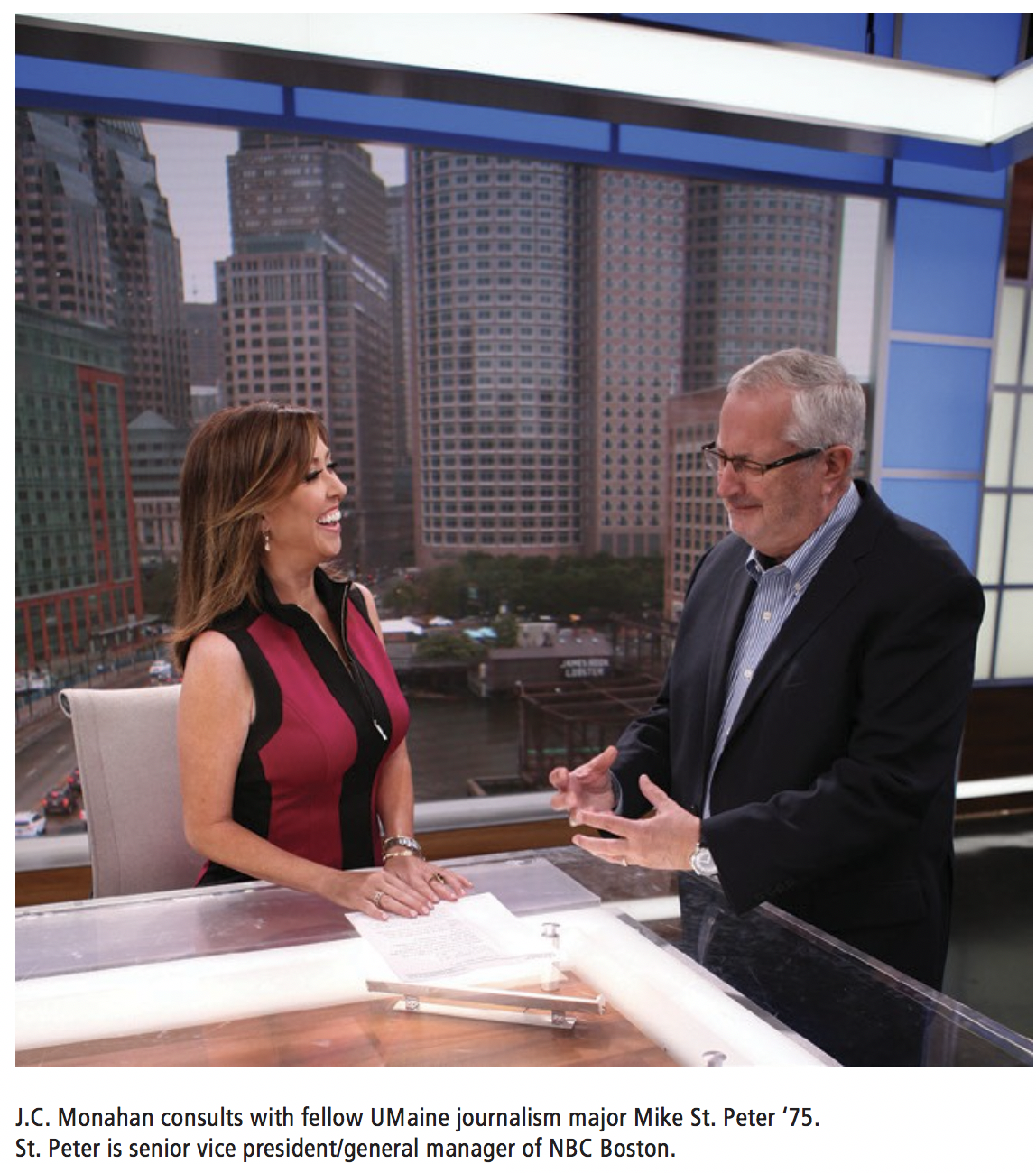 You’re in a tough business in terms of aging.

Oh, yeah. I think we could talk endlessly about the fairness of it, how [men] in their later years have no concerns. And the more gray hair, the better. Women don’t have that advantage.

I took a real risk leaving meteorology [to return to news reporting, in 2014]. There’s more acceptance of being older as a meteorologist. I knew I could most likely have a longer career if I had stayed in weather. To move over at the time to “Chronicle” [a long-running news magazine on WCVB] and co-anchoring the 4 and 5 p.m. newscasts, I was potentially cutting my career short.

Memorable moments since returning to the news side of broadcasting?

All of the stories I’ve covered have mattered to me and in one way or another have stayed with me. It was an honor to follow Pope Francis during his first trip to the U.S. During an outdoor Mass in Philadelphia, I watched as the crowd of thousands prayed together and offered their hand to strangers in a sign of peace. Seeing such a diverse crowd come together gave me a feeling of hope. I followed survivors of the Boston Marathon bombings as they worked to rebuild their lives. Marc Fucarile and his family shared their journey with me as Marc adapted to life as an amputee. It was an enormous challenge but I also saw moments of joy, like when he and his fiancée, Jen, got married the next year. Personally, I was so angry our city had been attacked, I vowed that day to run the marathon the next year. I’ve never run a day in my life. But in 2014, I ran for Boston’s Children’s Hospital and for the lives lost and those who were changed forever. I saw Marc and his family as I turned the corner onto Boylston Street. I stopped to give them a hug and then went on to cross the finish line knowing Marc’s “finish line” and everyone impacted by the tragedy was somewhere in the future and to cross it would require tremendous strength and patience.

I’ve always thought any success has to be a combination of skill and luck — having the ability to excel but also being in the right place at the right time.

People call it luck, but you also have to be prepared for that. You have to fight for it. There were no females [forecasting the weather] in Maine on TV when I came. When I came to Boston there were two. There weren’t a lot of role models. Of course, now women are dominating it in a lot of ways.

On local TV news we always see banter. Sometimes it’s funny and other times it’s cringe-worthy, but the idea, I’m sure, is to give the impression, real or not, that there’s a perceived friendship, a familial vibe. When the humor falls flat, as a viewer you just want to say: Please move on.

Yes. I’m also the first one to say it. There was a newscast I ended the other day by saying, “Thanks for tolerating us.” It was end of the 11 [p.m.] news on a Friday night. We’re at the end of the newscast and we have 13 seconds to say goodbye. [The on-air team] comes out still talking about whatever nonsense we were talking about during the break. And, finally, part- ing the seas, I said, “We gotta go — thank you so much for tolerating us, and we’ll be back tomorrow and hopefully we’ll pull this together.”

How do you manage your ego?

We’re all vain in our own way. We all have egos, but if either of those are large in your life I would think this job would be torture. If you can’t make fun of your- self, well, there are plenty of other lovely careers that offer less public humiliation.

I was talking to my mom last night and she started laughing. She said, “You downplay so much of what you have done.” So much that now I’m in the middle of moving, and I packed my Emmy and Gracie awards. They were in a box I stuffed with things I wanted to save from work. And I found the Murrow Award. In my business, that’s a big deal but I had completely forgotten about it. It’s never even listed on my bio. And I’ve never displayed it. Which just reinforced what my mom was saying. I do downplay what I’ve achieved. 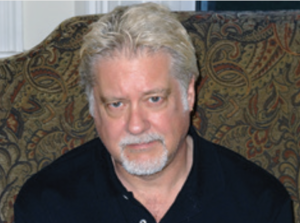 Jim Sullivan ’78 got his start as a rock critic in 1975. As a UMaine student, he wrote about music for the Maine Campus newspaper while simultaneously working as a deejay at WMEB-FM, the campus radio station. He later became WMEB’s music director.

At 20 Jim began writing a music column called “Rock Garden” for the Bangor Daily News and was a main contributor to the Portland-based music magazine, Sweet Potato. After moving to Boston shortly after graduation, he started writing for the Boston edition of Sweet Potato. A year later he became a freelancer for the Boston Globe and other publications.

He currently freelances for WBUR-FM’s arts and culture website, The ARTery, the Cape Cod Times, Where Boston, and the website BestClassicBands. com.

Jim is a Red Sox season ticket holder and lives outside Boston in Brookline with his wife Roza and several cats. He golfs as often as he can.