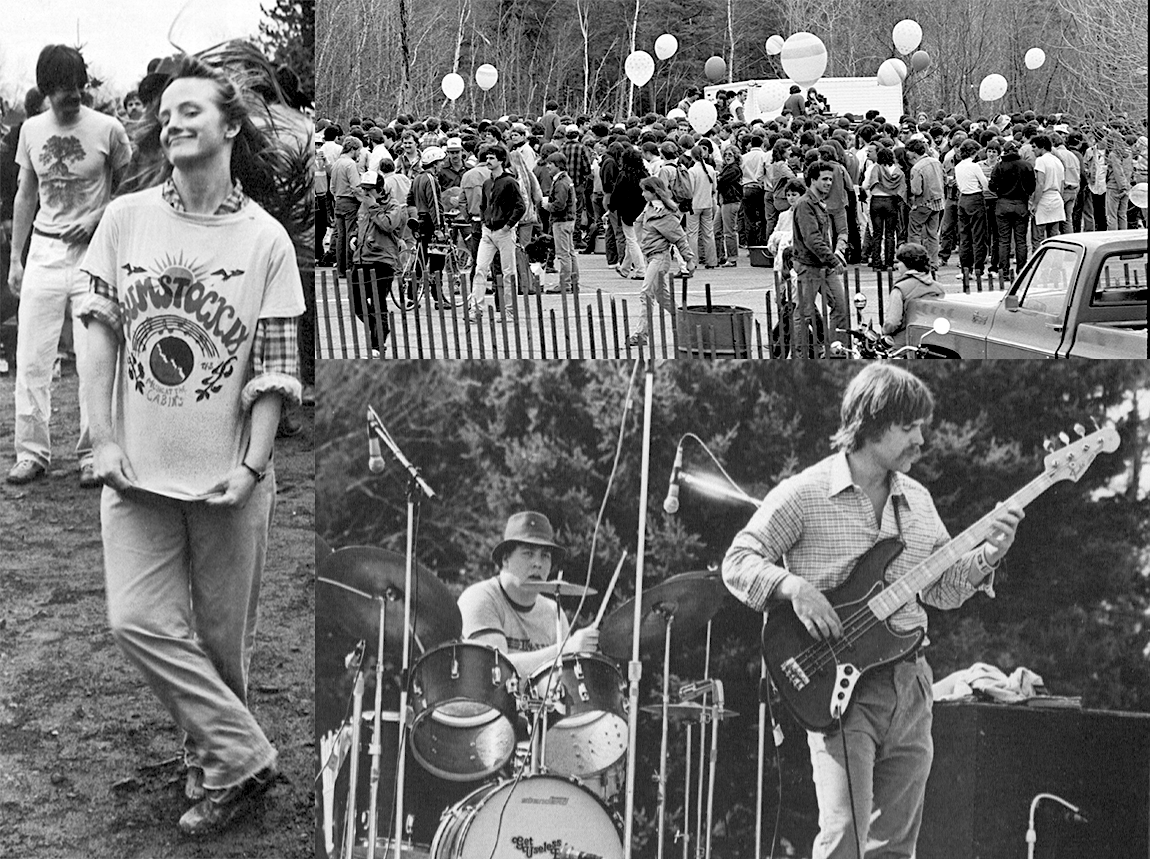 This month marks the 50th anniversary of Woodstock, the rock and folk music festival that became a symbol and reference point of the 1960s. That gathering inspired what became, for many UMaine students, another cultural touchstone: Bumstock, a free, outdoor, annual music festival on campus that from 1973 to 2006 attempted to mimic, on a much smaller scale, the sounds, smells, and countercultural vibe of Woodstock.

In 1999, Ryan Robbins, a UMaine journalism student at the time, captured Bumstock’s place in UMaine’s history and culture in an essay published in the Bangor Daily News.  “[T]he festival’s history represents the constant traditional struggle between students who want to have unrestrained fun and administrators who want some semblance of order and control,” Robbins wrote.

Bumstock is long gone but its memory remains, for better or worse, in the minds of countless UMaine alumni–and online in Robbins’ 1999 essay. Click here to read it.