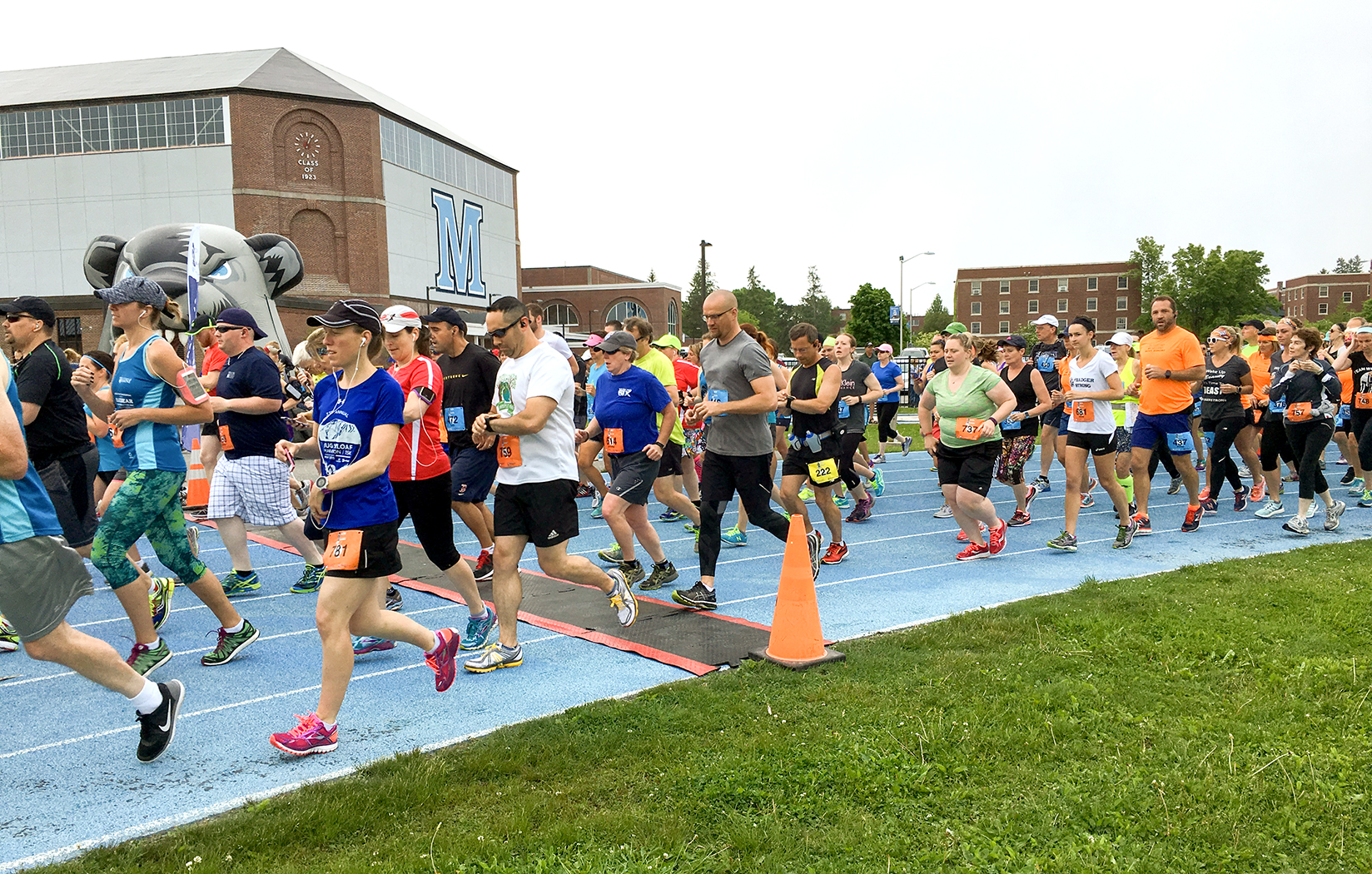 The University of Maine Alumni Association presented the second annual Black Bear Marathon, Half Marathon and 10K on Sunday, June 5. The cool morning offered optimal conditions for the runners.

All three races began on the track at UMaine’s Harold Alfond Stadium. The 26.2-mile course, a double loop of a 13.1-mile course, began on the UMaine campus, traveled through Orono and Old Town, and returned to campus on the university’s bike path. The certified course featured cheer stations, music, water, and sports drinks.

The Black Bear Marathon is the only Maine race included in Holiday Lettings from TripAdvisor’s “50 U.S. road races to attempt in your lifetime.”

Two UMaine alumnae won in their categories. For the second year in a row, Tracy Guerrette ’03 was the first woman to finish the marathon. Lisa Wiley Kingsbury ’86 won the 10K. Also among the race participants was Karl Leitz from Jersey City, NJ, who after the Black Bear Marathon has completed marathons in all 50 states. See the list of winners and their race times.