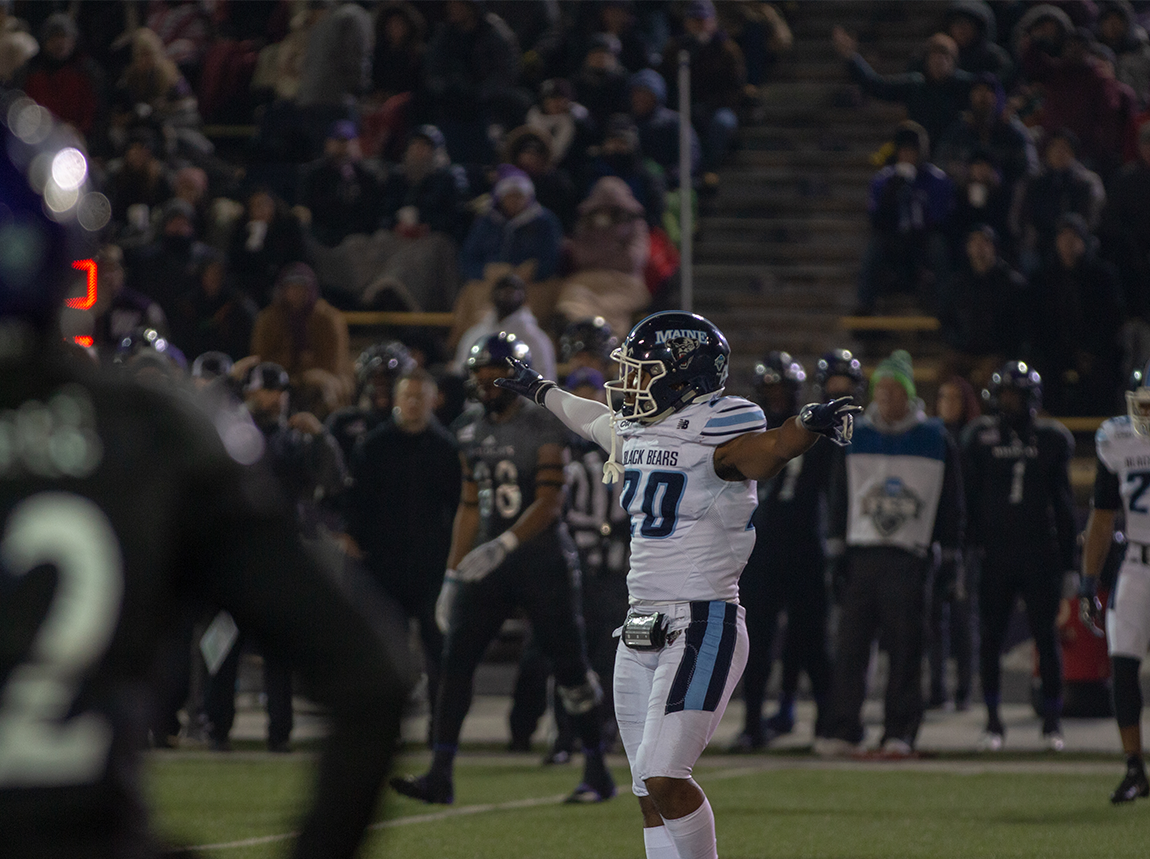 Black Bears are one win away from the National Championship game!

The game will be played at the EWU campus in Cheney, Washington, near Spokane. Saturday’s game will kick off at 2 p.m. Eastern Time and will be carried live on ESPN2.

A victory there will propel the Black Bears to the national championship game, to be played January 5th at Toyota Stadium in Frisco, Texas.

This is the first time in UMaine football history that it has reached the final four of the NCAA Division 1 Football Championship Subdivision, formerly known as Division 1-AA.

The Black Bears earned a spot in the final four by defeating Weber State University, 23-18, Friday in Ogden, Utah. The nationally televised game provided great public exposure for the football program as well as for the Pride of Maine Marching Band, cheerleaders, and dance team, who were featured prominently during broadcast coverage. Their participation was made possible thanks to a generous UMaine donor who funded their travel.

The NCAA pays the travel expenses of the football team and coaches.