Corbitt ’05 Oversees People and Culture for the Phoenix Suns 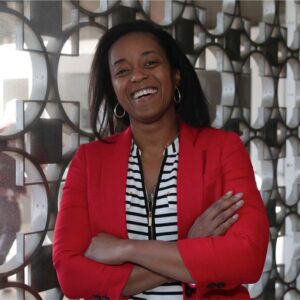 Former UMaine basketball standout Kim Corbitt ’05 holds an essential behind-the-scenes position with the Phoenix Suns. Corbitt became the Phoenix Sun’s Senior Vice President of People and Culture last summer. She oversees all human resource functions for the Suns as well as for the WNBA’s Phoenix Mercury, Phoenix Suns Arena, and all the affiliated entities.

The former point guard, who was America East Player of the Year during her senior year, said that playing basketball at UMaine helped her experience leadership and has contributed to her career success. Her current position enables her to combine her love of basketball with her business experience, which she honed at The Hillman Group and Proctor & Gamble.