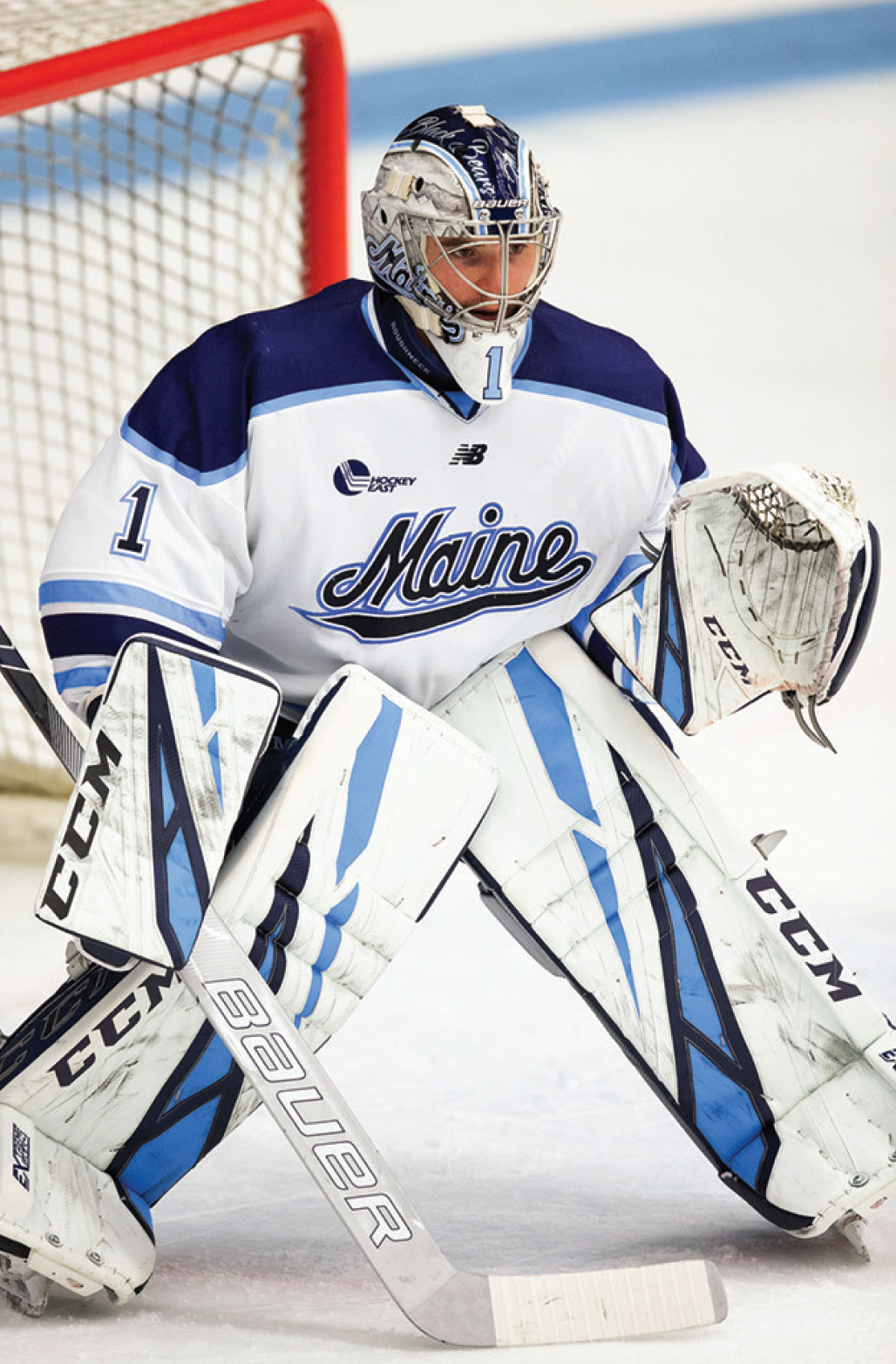 Jeremy Swayman, a junior goaltender on the Black Bears’ men’s ice hockey team, opted to pass up his final year at UMaine and signed with the Boston Bruins in March.

Swayman’s final season as a Black Bear was a memorable one. He was selected as Hockey East Player of the Year and received the Mike Ritcher Award as college hockey’s top goaltender. In addition, Swayman was one of three finalists for the 2020 Hobey Baker Award, presented annually to the best college hockey player in the U.S.