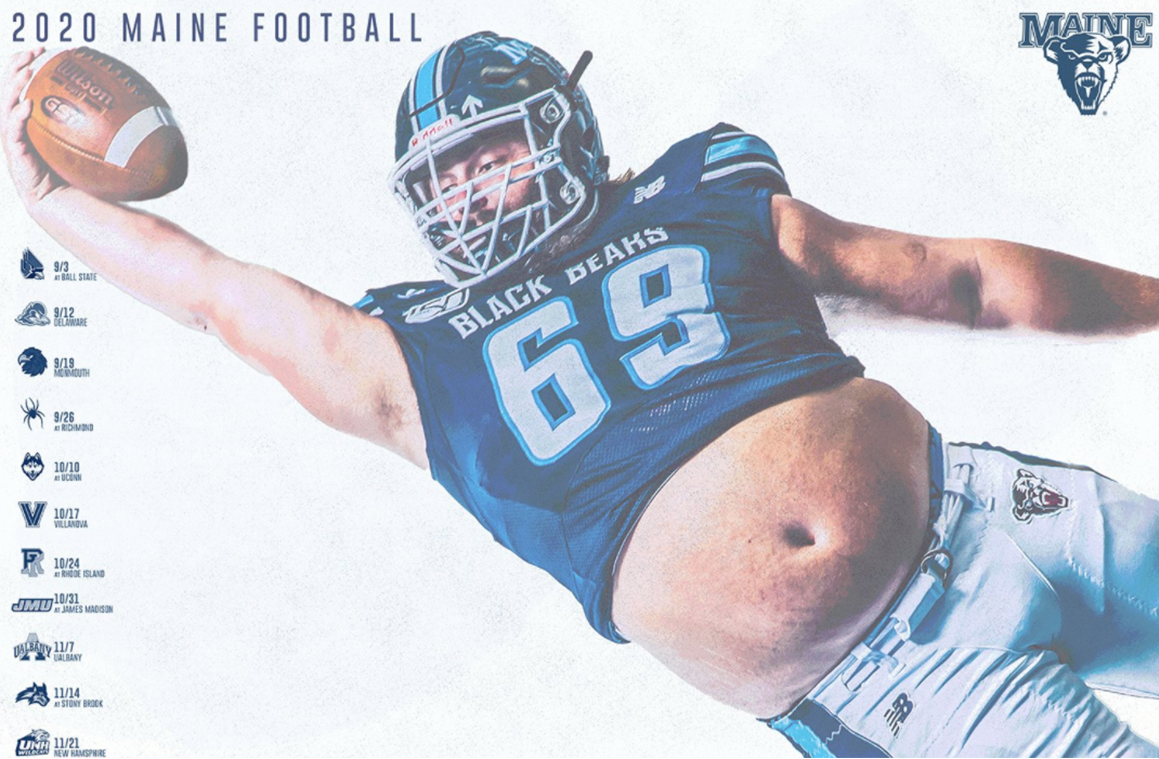 The action shot of UMaine #69 offensive lineman Liam Dobson has people talking, even though football season is months away. Maine Football tweeted that the image was a runner-up for this year’s poster design.

Not all viewers will have the same gut reaction to the image of the exposed athleticism of the 6-foot, 3-inch, 340-pound Black Bear.

But Christopher Powers of Golf Digest described the photo as “breathtaking” and joked, “This thing should be hung in The Louvre.”