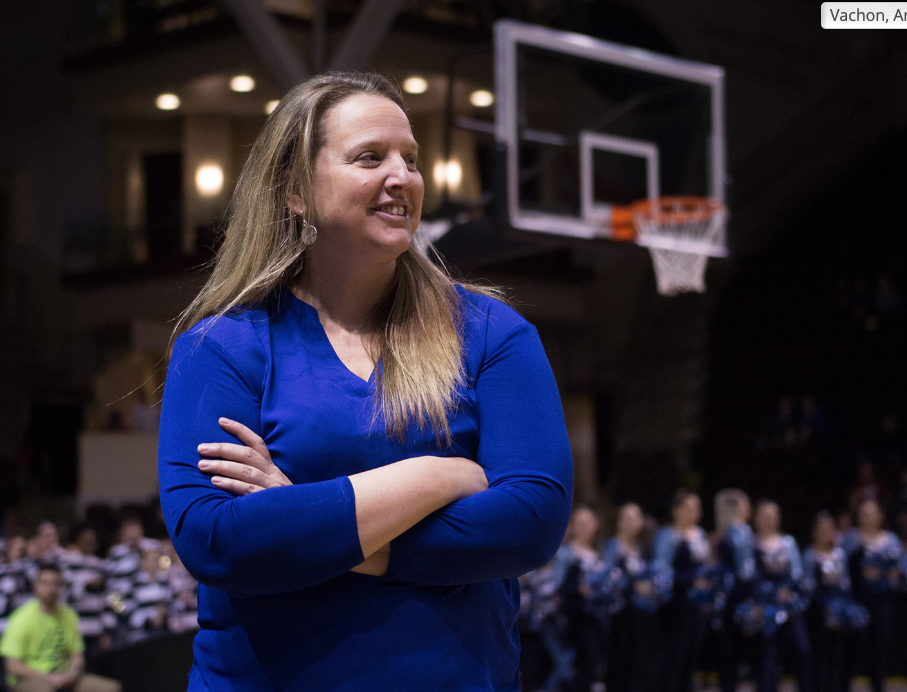 Fans of UMaine women’s basketball have several good reasons to cheer for the team. The players not only score well on the court, but they also closed last year’s season with the highest team grade-point average in women’s college basketball. The Women’s Basketball Coaches Association reported that the Maine women’s team’s collective 3.90 GPA was the nation’s highest figure among NCAA Divisions I, II, and III.

The Women’s Basketball Coaches Association released its GPA rankings on Tuesday and Maine finished with a 3.900 GPA. The rankings, in their 26th year, include all student-athletes on the rosters for the entire season.

Not only was that the highest GPA in NCAA Division I, but also among Division II and III schools, as well as NAIA schools and two-year colleges. Maine was ranked 17th in Division I last year.

“It’s a really impressive feat,” said Black Bears Coach Amy Vachon. “I just think it’s part of our culture. Academics is a big part of what we do here. We stress that. We’re very honest with our recruits and letting them know, if you come to Maine, academics are just as important, or more important, as what we do on the court.

“We compete in everything we do. We compete with each other. We want our players to be the best people they can be, the best students they can be. They do a great job with that.”

Vachon said the Black Bears do not require regulated study hours for their players – “We put a lot of trust in our players,” she said. “Some kids just study better in their rooms than they do in study halls” – but they do require them to check in with their academic team leaders on a weekly basis. Each coach on the Maine staff oversees three to four players on an academic team.

“It really comes down to the young women,” said Vachon. “They work at it, they take it seriously.”