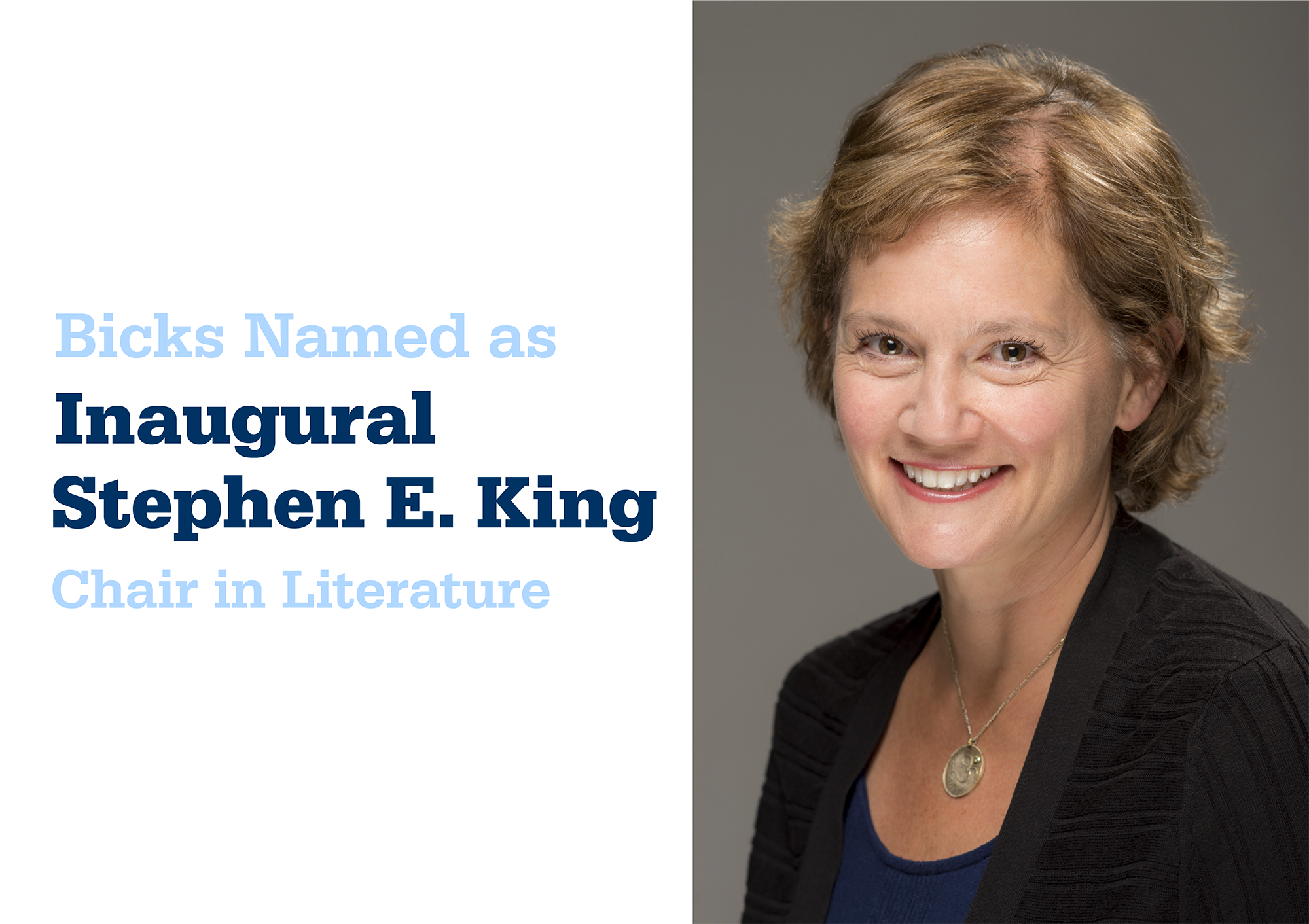 Caroline Bicks joined the faculty last September as the inaugural Stephen E. King Chair in Literature. Bicks is a Shakespeare scholar who previously taught at Boston College. Besides Shakespeare, her other areas of study are early modern drama and culture, history of science, women’s and gender studies, feminist theory, and girlhood studies.

Bicks is a New York City native who grew up spending her summers in Castine.

“I remember reading every Stephen King book they had at the Castine public library,” she recalls. “His writing taught me early on that an artfully composed story can make a powerful and lasting impression. I still can’t sleep with the closet door open thanks to ‘The Boogeyman.’ It’s an enormous privilege to be holding this chair in King’s honor.”

The Stephen E. King Chair in Literature was established in the University of Maine Foundation with a $1 million gift from the Harold Alfond Foundation in honor of the UMaine alumnus’ substantial body of work and his creative impact. Its goal is to advance excellence in the creation, study, and appreciation of literature and the humanities.

“I’m always seeking to bring the humanities out of the ivory tower and, in turn, to ensure that the academic spaces I’m privileged to create reflect the diversity of human experience that my students bring with them,” Bicks said.

In addition to the Chair in Literature position, the endowed fund supports the creation of innovative learning opportunities for students, and activities that advance creative writing, literature, and the humanities on campus and in the community. Two public lectures were offered in the spring as part of this program. James M. Smith of Boston College spoke on “Ireland’s Magdalene Laundries, Academic Advocacy and Restorative Justice” and Patricia Wen from the Boston Globe’s Spotlight team presented “Getting it Right: Investigative Journalism in a ‘Post-Truth’ Age.”