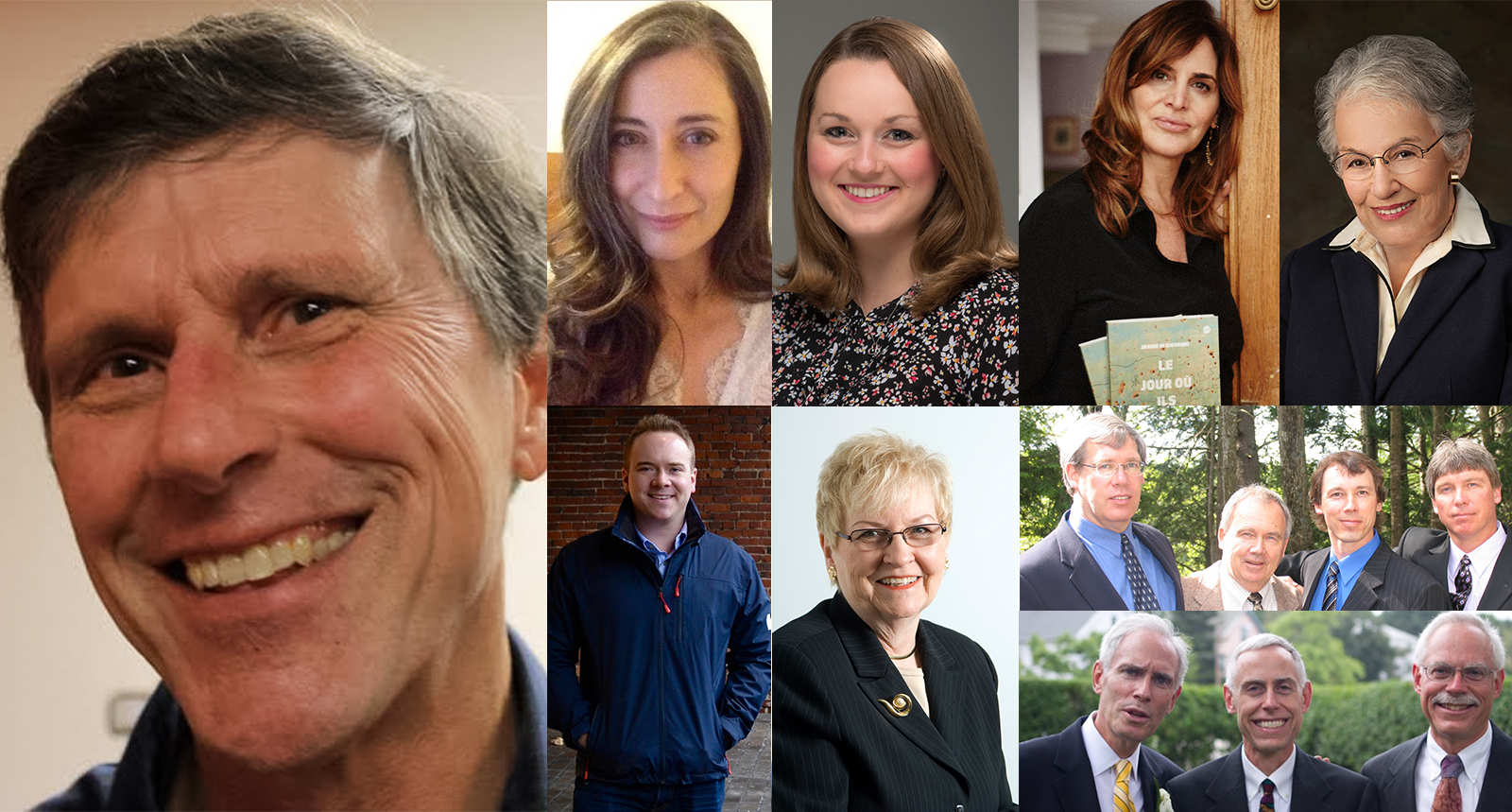 A longtime advocate for Maine’s traditional outdoor recreation, a prize-winning journalist, and a behavioral economist are among the recipients of the UMaine Alumni Association’s 2020 Alumni Achievement Awards.

George Smith ’70 has been chosen for the Alumni Career Award, the association’s highest honor. The former executive director of the Sportsman’s Alliance of Maine and a champion for Maine’s land and access to it, Smith spent decades advocating for state policies related to Maine’s outdoor heritage and environmental preservation. In addition, he has achieved prominence as a book author, newspaper columnist, blogger, and television show host. Maine Governor Janet Mills and U.S. Senator Angus King were among those who nominated Smith for the award. He lives in Mount Vernon, Maine.

Janine di Giovanni ’83 has been selected to receive the Bernard Lown Humanitarian Award. Di Giovanni is an internationally prominent war correspondent and best-selling author. She has written seven books and won more than 12 major awards for her extensive work in war and conflict zones. The New York Post named her latest book, “The Morning They Came for Us: Dispatches From Syria,” on its “Best Books of the Year” list. Currently di Giovanni is a Senior Fellow at Yale University’s Jackson Institute of Global Affairs and a professor of Practice, Human Rights. She was previously the Edward R. Murrow Press Fellow at the Council on Foreign Relations and a professor of Practice in Human Rights at Columbia University’s School of International and Public Affairs. Prior to that, she was the Middle East Editor at Newsweek, reporting mainly on human rights abuses and investigating war crimes. She lives in New York City.

Rachel Binder-Hathaway ’12 has been selected to receive the Spirit of Maine Achievement Award.  The award recognizes a young alumnus or alumna who has achieved exceptional professional success in the years since graduation. A Millinocket native, Binder-Hathaway is a behavioral economist, gender expert and research consultant. She presently works with the United Nations, the World Bank, and Harvard University. Binder-Hathaway has successfully worked to improve the lives of women and children across Southeast Asia and Africa as a Fulbright Fellow, J-PAL Global Training Manager, and founder of Seeds of Change. Binder-Hathaway was valedictorian of UMaine’s Class of 2012. She resides in New York City and Cambridge, MA.
Dr. Anne Pooler ’72G, ’75 Ed.D. is the recipient of the 2020 Pine Tree Emblem Alumni Service Award. Pooler earned her master’s and doctoral degrees at UMaine, served decades on the UMaine faculty, and eventually became dean of the College of Education and Human Development. However, her award selection was based on her long history of service as an alumni leader and advocate. Pooler was a member, officer, and committee chair of the Alumni Association Board of Directors. She also served as secretary of the UMaine Foundation as well as on many other civic and community boards. She resides in Bangor.

Renee Minsky ’44H, ’50H is the recipient of the Champion of UMaine Award, which recognizes a non-alumnus or -alumna who has been an effective, longtime advocate for UMaine’s mission and public agenda. An influential proponent of education and the arts in the community, she has dedicated her time and resources to enhancing the cultural resources on campus and beyond. She lives in Bangor and Sanibel Island, Florida.

The Chase Family will be honored with the Fogler Legacy Award. The award is given to a family that has had multiple generations of Black Bear alumni. Five generations of Chase family members have earned degrees from the University of Maine. Chase family members have had noteworthy careers that have contributed to the success of their alma mater and reflected positively on the university. Members of the family live throughout Maine.

Jeff Rogers ’16 and Jenny Desmond ’14 are co-recipients of the Rising Star Awards. The award honors recent graduates who have demonstrated outstanding commitment to advancing the strength and success of the Alumni Association and its members. Rogers leads the Black Bears of Portland alumni chapter and is active in other alumni groups and activities. Desmond serves on the board of All Maine Women Alumni Affinity Group and as the advisor for undergraduate All Maine Women. Rogers is senior manager of strategy and operations for Covetrus, an animal health technology and services based in Portland, where he resides.  Desmond is coordinator for leadership development in UMaine’s Center for Student Involvement. She lives in Brewer.