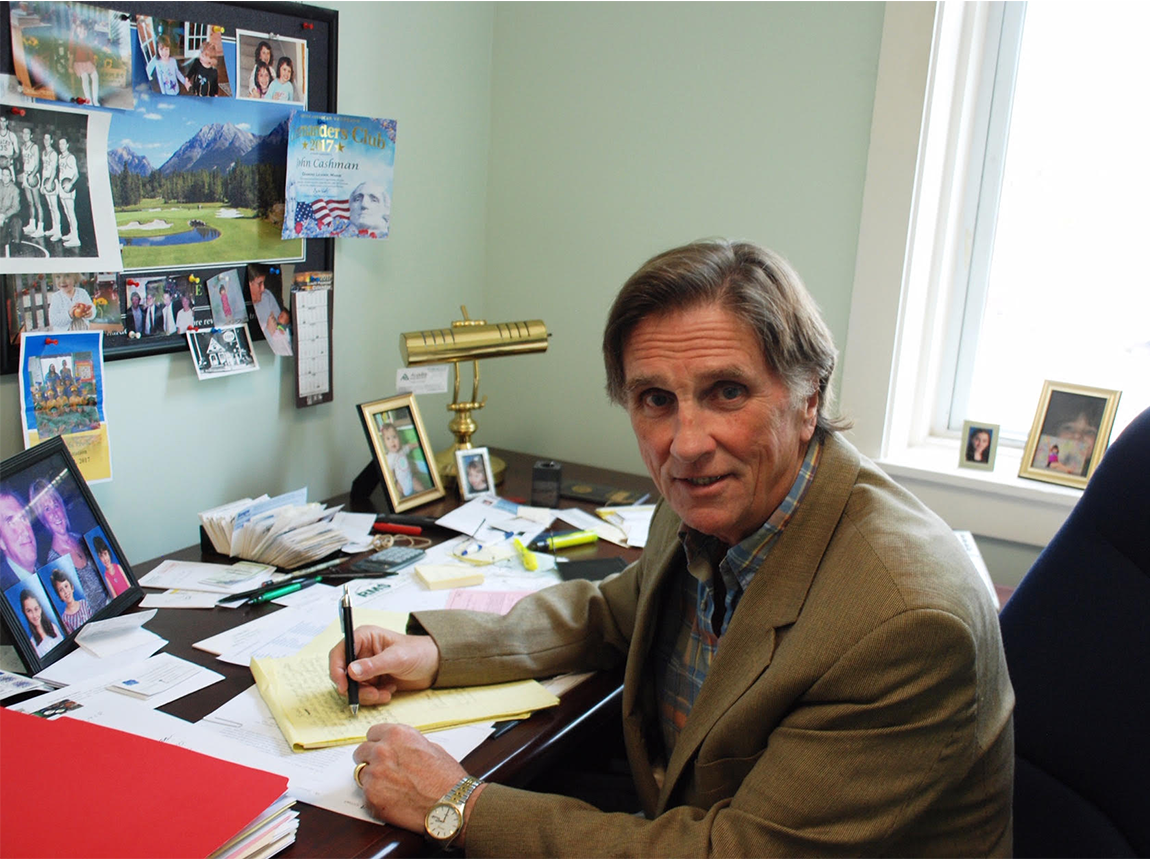 A ‘Jack of All Trades’ Turns to Writing

Recently he added the title of published author following the release of An Irish Immigrant Story, a fictionalized account of families like his own who relocated to New England from Ireland in the late 19th and early 20th centuries. Now living in Hampden, Cashman explains how his UMaine experience influenced his desire to write.

I always wanted to write a book, even way back in my college days. With work and family, I never had time. When I started this book, time was still a consideration as was my ability to stick with it and finish.

When I took English Composition at UMaine, my teacher was a graduate student named Phil Thibodeau from Aroostook County. I learned a great deal from him not only about writing but specifically about using my imagination to be more creative. He taught me more than I think he ever [realized].

I have always had a predilection for history, particularly Irish history. I also take a great deal of pride in the obstacles my own Irish ancestors have overcome. The courses I took on European history and American history were helpful in sharpening both my knowledge and interest in history. My favorite book about Ireland is Trinity [by Leon Uris], which I have read three times. Another favorite is Paddy’s Lament [by Thomas Gallagher], a great work about the Irish Famine that I used as a reference book.

I did a great deal of research around the great hunger and the Irish revolution while in Ireland as well as here in the U.S. I also did a lot of research on my own ancestors who came over during the famine. Both my Cashman ancestors and the Grady ancestors settled in Salem, Mass. after leaving Ireland in the 1840’s. Much of the accounts of the reception they received upon their arrival are in the book.

I set up a place in my home that would be quiet and conducive to writing but I did not set any particular time frame. I wrote when the spirit moved me and stayed writing as long as I was on a roll.

It took six months to finalize the manuscript. I wrote everything out with pen and paper. I can’t type so I had it typed by someone else. Then I would rewrite every chapter two or three times before I thought it was ready for a publisher. Once they agreed to publish it, the editing and page design took another six months.

I have a second book that will be out this fall, which is about two friends growing up in Maine in the 1960’s and how their lives were changed by the Vietnam war. I’m working on a third book that will have a government theme. After that, I’m not sure what the next one will be about. Probably not about business—that’s too boring.