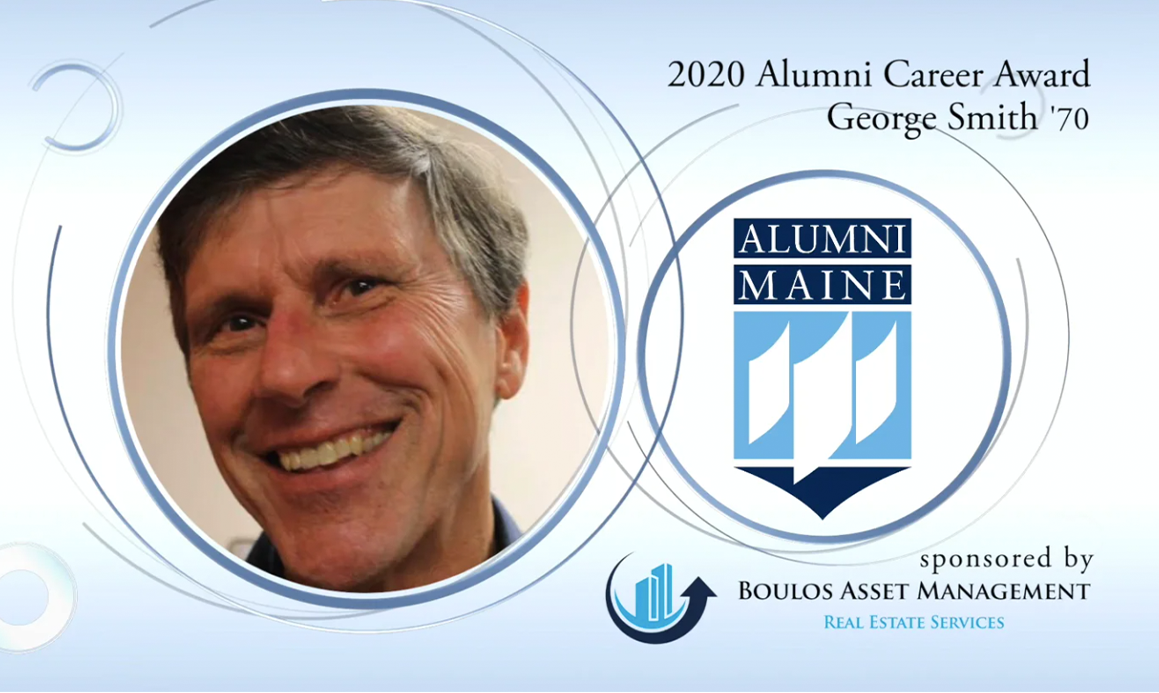 Congratulations to George Smith ’70, the recipient of the Alumni Association’s highest honor, the 2020 Alumni Career Award.

As the former executive director of the Sportsman’s Alliance of Maine and a champion for Maine’s land and access to it, Smith spent decades advocating for state policies related to Maine’s outdoor heritage and environmental preservation. In addition, he earned prominence as a book author, newspaper columnist, blogger, and television show host. Maine Governor Janet Mills and U.S. Senator Angus King were among those who nominated him for the award.

Special thanks to this year’s sponsor of the award, Boulos Asset Management.