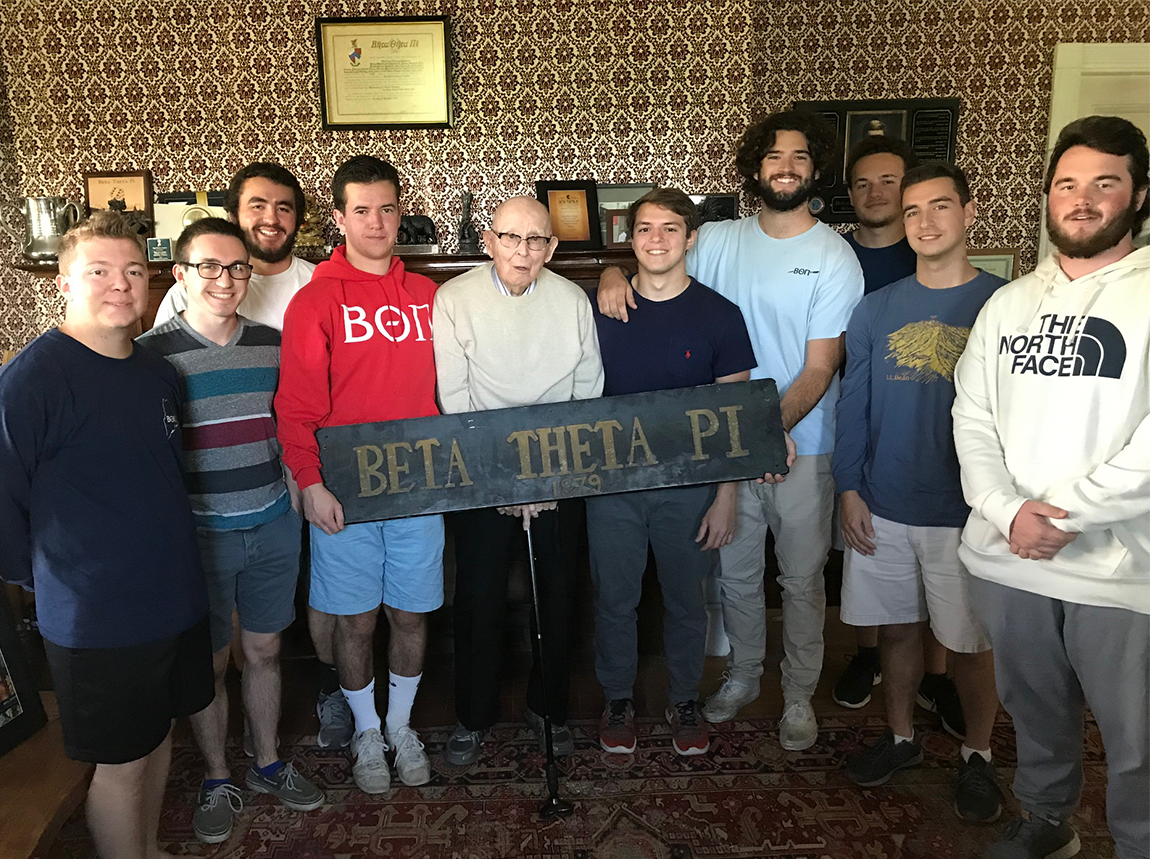 Dr. Robert D. Buchanan ’44, for whom Buchanan Alumni House is named, returned to campus on September 9th as part of his annual visit to Maine. The 97-year-old Colorado resident spent part of his day engaging with students at Memorial Union and replenishing his stock of Black Bear gear. He also visited with fellow members of Beta Theta Pi fraternity at the organization’s house on campus. During that visit, “Doctor Bob” recalled being in the fraternity house and listening to radio news reports of the December 7, 1941 attack on Pearl Harbor. Buchanan’s trip to Maine also included a visit to Caribou, his boyhood hometown.