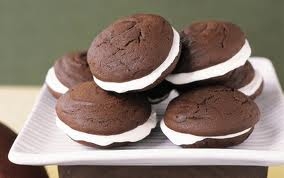 Happy Whoopie Pie Day! Did you know that April 20 is the 10th anniversary of the Whoopie Pie becoming the state of Maine’s Official Treat?

The whoopie pie was designated the official state treat in 2011, though Maine’s official dessert is blueberry pie.