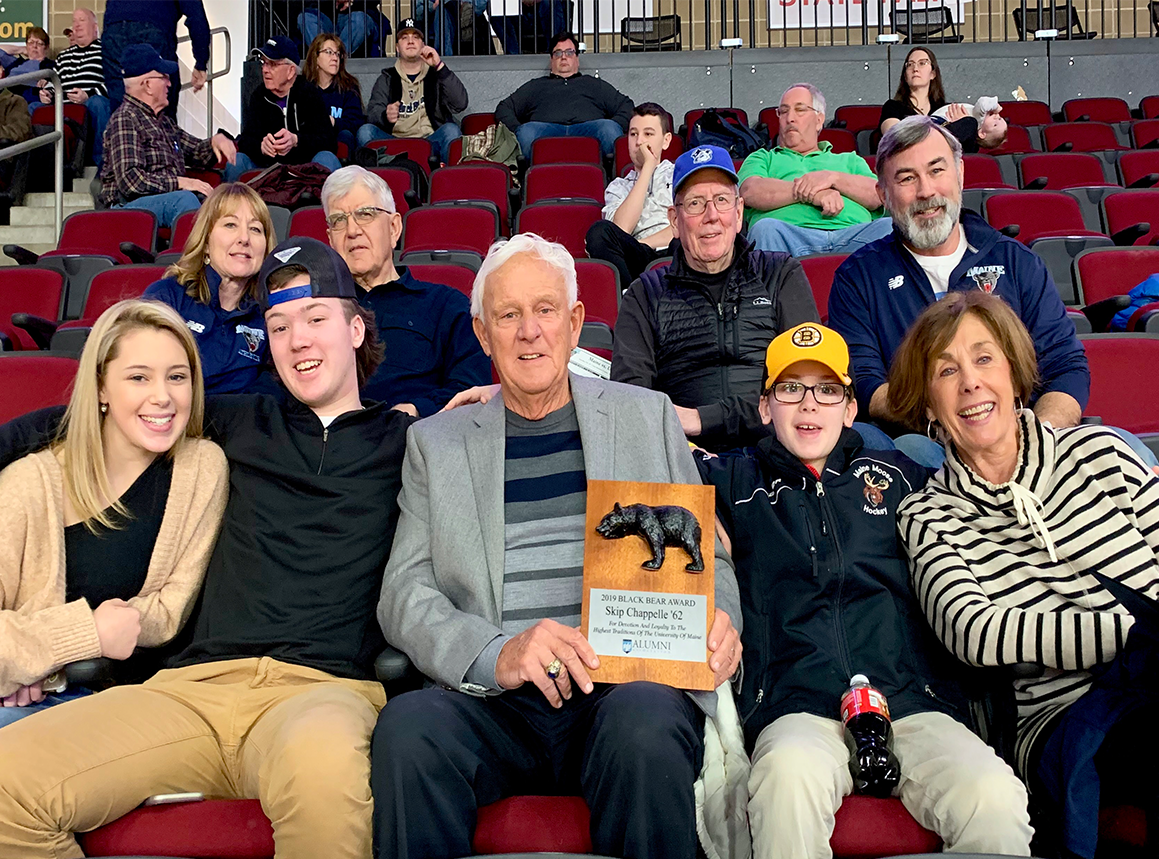 Skip Chappelle ’62 was honored with the Black Bear Award on February 29 during the UMaine vs. University of Maryland Baltimore County men’s basketball game at the Cross Insurance Center in Bangor. Chappelle, who is considered one of the best men’s basketball players in UMaine’s history, coached and mentored many Black Bears and garnered respect for his alma mater.

The award recognizes “devotion and loyalty to the highest traditions of the University of Maine.” Chappelle’s selection was based on his decades of volunteer advocacy work on behalf of UMaine students, alumni, state appropriations, and fundraising.