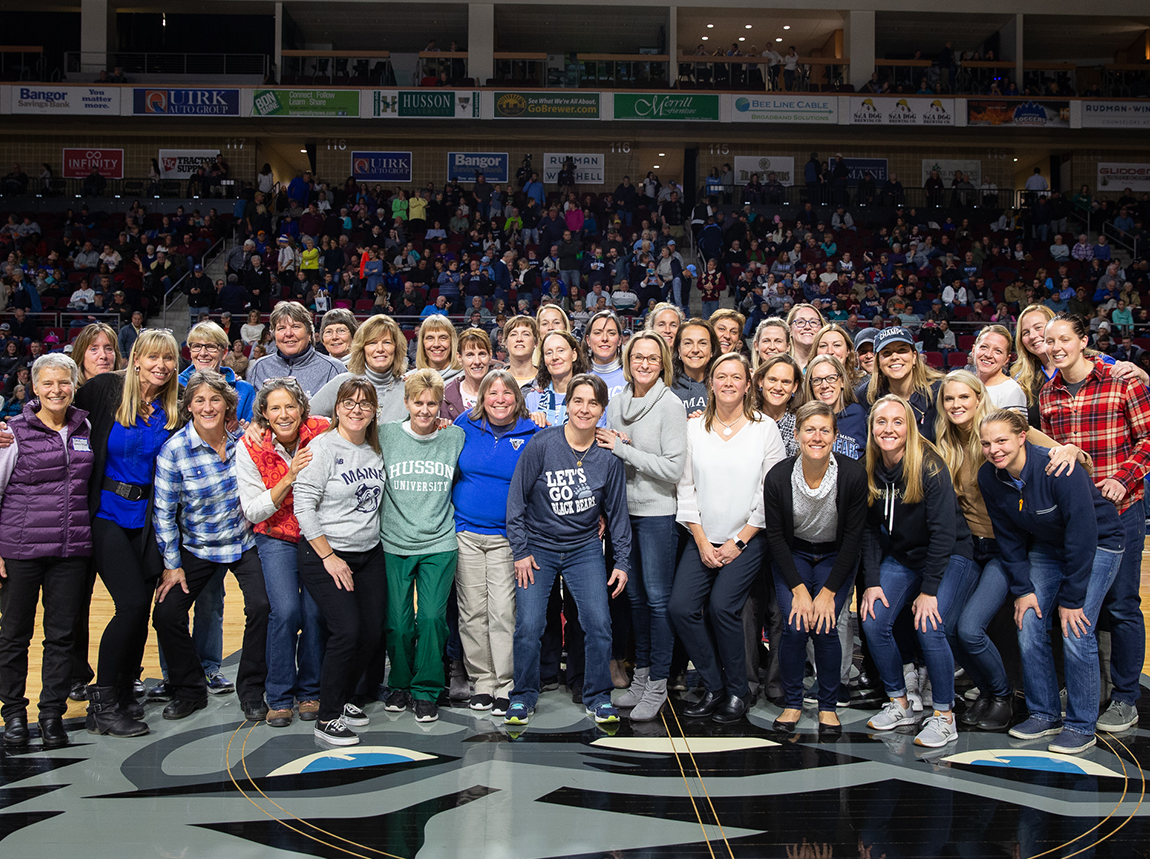 The occasion brought together dozens of former members of the women’s basketball team, who gathered for a pre-game reception and later on the court for a group photo. Also honored on the court was the family of Stacey Porrini Clingan ‘97, who was a leader of the Black Bears during the mid-1990s. Clingan, 42, died earlier this year as a consequence of breast cancer.

McCallie coached at UMaine from 1992 – 2000, later at Michigan State, and has coached the Duke University women’s basketball for the past 12 years.

“It’s great to be home, and I have so much respect for the job Amy has done,” McCallie told the Bangor Daily News.