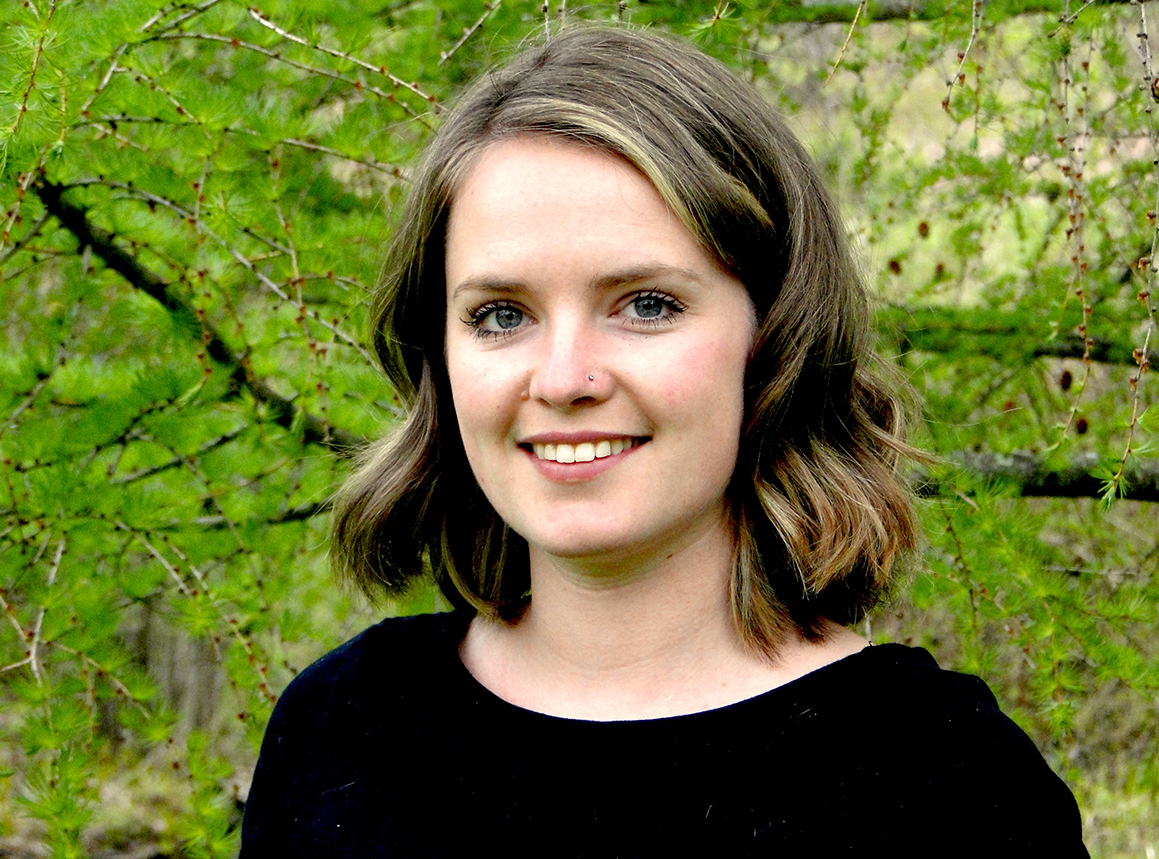 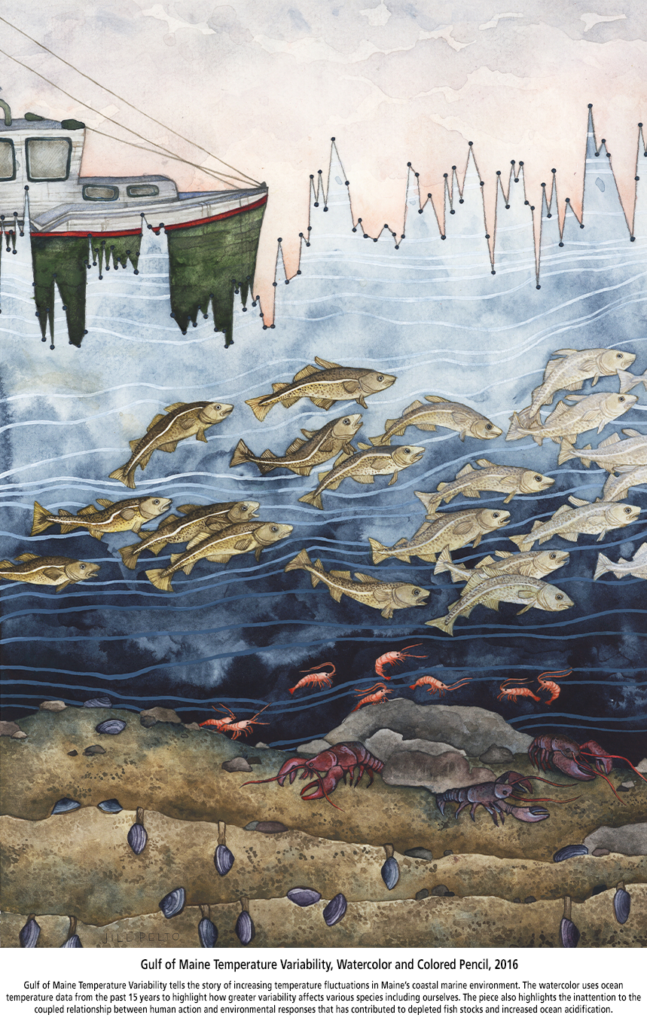 Black Bear alumni, faculty, staff, and students are among Maine’s most productive innovators and entrepreneurs. This month, Innovators of UMaine showcases Jill Pelto ‘15, ‘18G, a Maine-based artist and scientist who incorporates scientific research and data into pieces designed to raise awareness about environmental topics. Climate change is a key theme in Pelto’s work, which was featured on the cover of a special climate-themed issue of TIME in July 2020.

“It’s such a complex topic and there are so many different aspects as to how climate change is affecting our world,” says Pelto. “It’s affecting everyone — very disproportionately —  and I think it’s vital that people find ways to allow themselves to engage with the reality of climate change.”

Pelto, who double majored in earth science and studio art before going on to get a master’s degree in earth and climate sciences, aims to drive that engagement through pieces that bring data to life in a new way and that can speak to an audience that may not engage with heavy climate data, but will see the effects of climate change all the same.

Shortly before Earth Day, Bear Tracks sat down with Pelto to discuss her work.

BT: What inspired your innovative approach to conveying climate change?

“The very early roots are time outdoors and family influence. My dad is a glaciologist, and his work has had a huge impact on me and my siblings. I work every August with him on his research project in Washington state. It’s called the North Cascade Glacier Climate Project. Since 1983, he and a group of scientists have gone out to study just how those mountain glaciers are changing year to year. In 2015, the annual effects of the drought and forest fire activity, and the amount of loss to the glaciers was so much more severe than I’d ever seen it. When I came back to UMaine for my final semester, I really wanted to find a way to make art that could communicate that to my peers who hadn’t experienced those things. In my printmaking class at the time, I came up with the idea of using the data directly from the research we did and had been collecting for decades in Washington, and to use that data with the image of a glacier. That just sparked the series that I created for my final thesis as an undergrad and have been doing since.”

BT: How has your innovation evolved since that first series?

“I made about 10 pieces for that initial portfolio as an undergrad. I just chose that data. I thought about things I had learned about, things I had done with research, and topics I was just aware of and cared about — the effects of climate-related habitat change, arctic ice melting, deforestation. Recently, I’ve been doing more collaborations with other people. I’ve been working with science teams from different fields to make artwork about their research and to try to communicate it. In the future, I can imagine collaborations with non-scientists, like trying to communicate the work a community organization is doing.”

BT: Why is it important to find innovative ways to communicate about climate change?

“I think in order for people to engage with it, we need those creative, different forms of communication. Graphs do a good job of telling a story for some people, and I know they do for me, but you have to do more work if you want to understand the importance of what they mean. For some people, they’re not going to be effective. At a base level, I just want my work to connect and click with some people, or to at least make them think this is an interesting way to see the climate data come to life. I include a caption with my work in case someone wants to learn more about what I was trying to convey. I think that being educated about something gives you power and gives you hope, and I want to help people to understand the power of education.”

BT: How do you hope your innovation will impact people?

“I do hope that my artwork is a way for some people to absorb an environmental topic in a way that they can connect with emotionally. I hope that the visuals that I’m pairing with data can illustrate that reality behind it, and also speak to the beauty of our planet. I love the thought of inspiring people to have some hope. Since that first series, my work has evolved to reflect on a whole range of topics. Something that I’m doing [more of] is interweaving a mix of positive messages about environmental action that people are taking. So far, that’s been about renewable energy consumption, but I have a lot of ideas for how that can grow and how perhaps my work can begin to directly reflect human action and hope as well.”