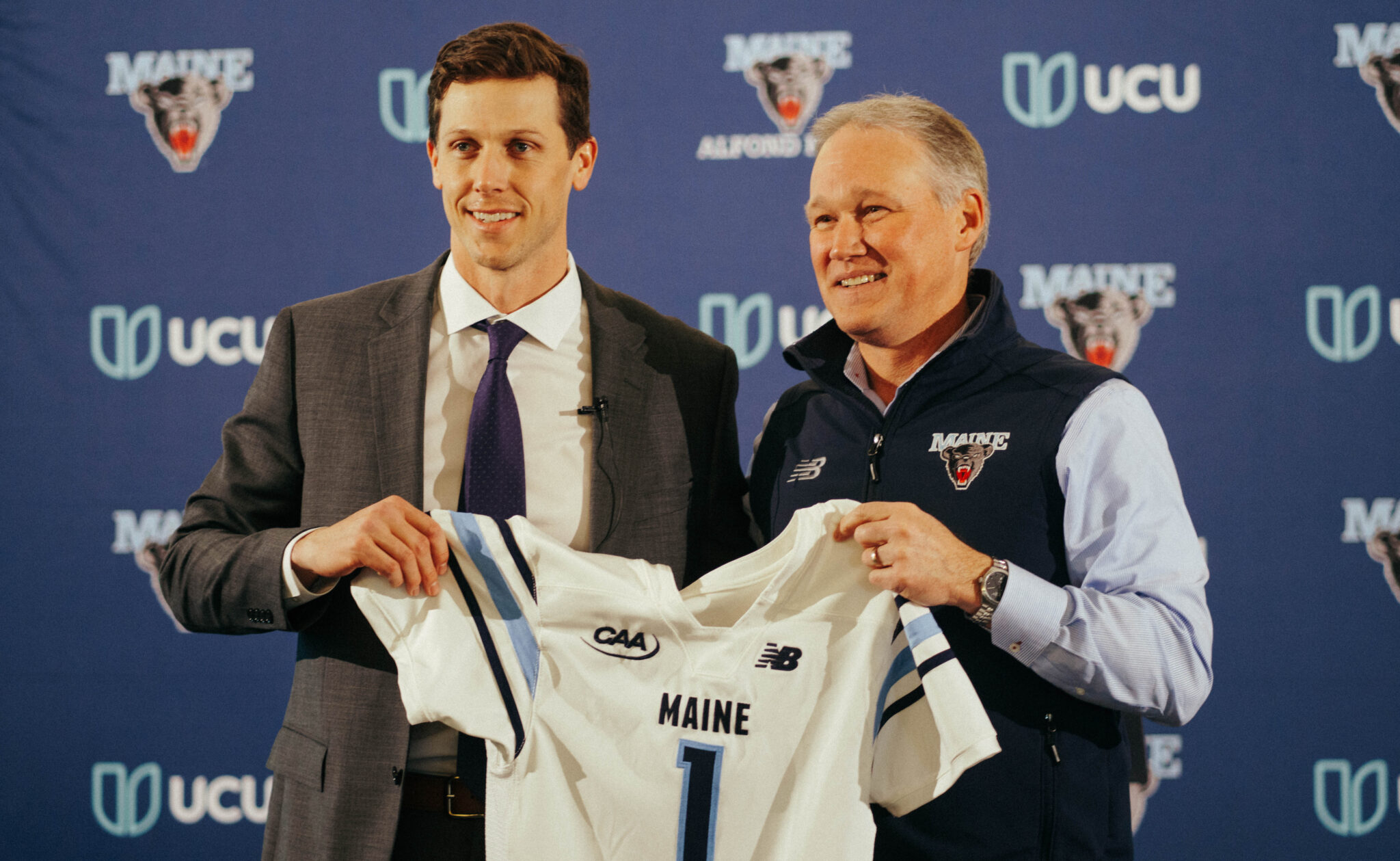 UMaine alumnus Jordan Stevens ’10, who served as captain of the Black Bears in 2009, was named the 37th head football coach at UMaine.

“We are thrilled Jordan Stevens has accepted our offer to be the next head coach for UMaine Football,” said Director of Athletics Ken Ralph. “He has a proven track record of excellence both on and off the field and brings a winning mindset to Orono. His commitment to his players and dedication to their personal development stood out in the search process.”

Stevens was an All-CAA third team selection with the Black Bears and served as assistant coach at UMaine for four years before joining the staff at Yale, where he coached for seven years.

A native of Temple, ME, Stevens earned a business degree from UMaine. He and his wife, Ellen Sherwood Stevens ’10, have two children.