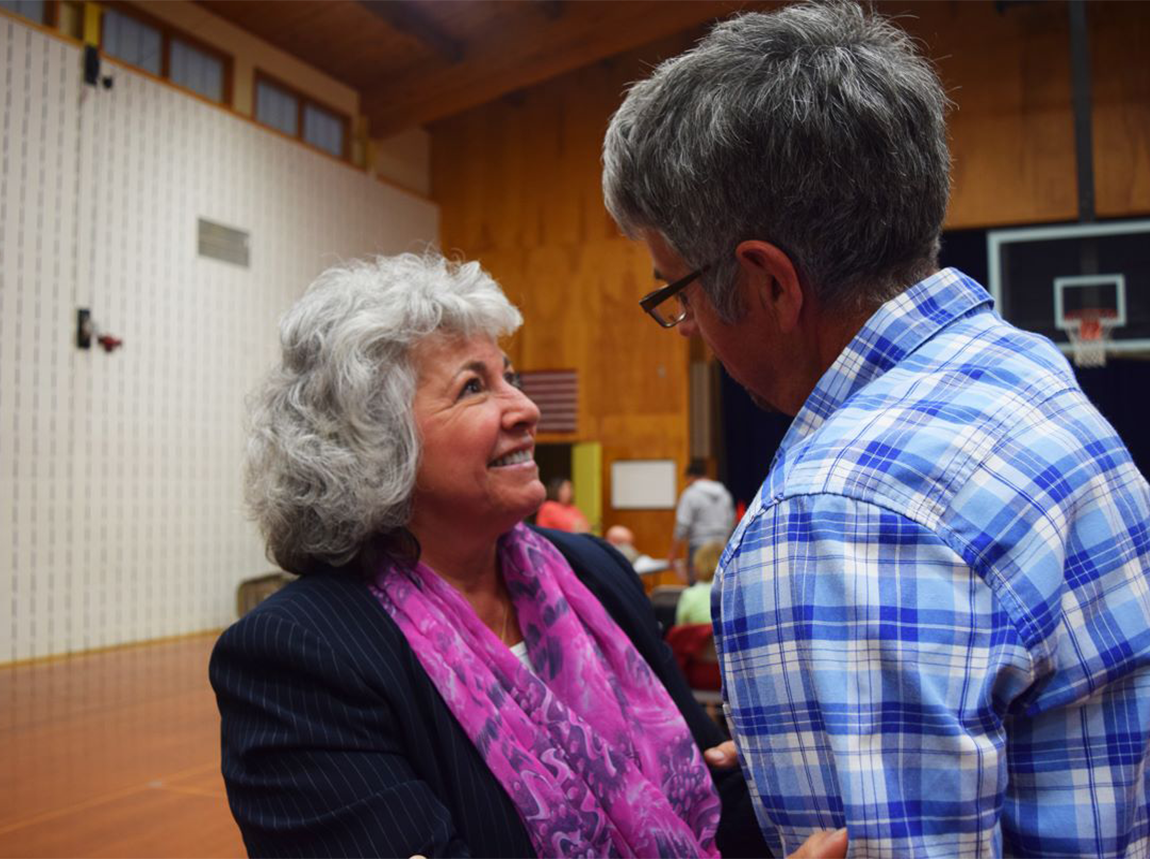 Sally Leighton ’87G, Peninsula School Principal and longtime Milbridge, ME resident, will retire from her career in education this month.

“I’ve just enjoyed [my work] so much,” she reflected in an interview with the Ellsworth American. “I’m really going to miss it. But it’s time.”

During her long career Leighton frequently explained to students why rules exist, and told them that they’d understand more when they were grown and had their own children. Past students frequently tell her, “you were right,” a statement she loves to hear.

Leighton began her career in 1974 as a teacher at the former Gouldsboro Grammar School. She went on to teach at Sumner Memorial High school, serving as a teacher, guidance counselor, and principal. She left there to become principal at Mount Desert High School and served for five years before returning to the Peninsula School.

Five years into her teaching position with the school Leighton moved into the principal position. Reflecting back, she says she’s grateful to have worked as both a teacher and an administrator because it helped her see how the pieces work together to make the whole.