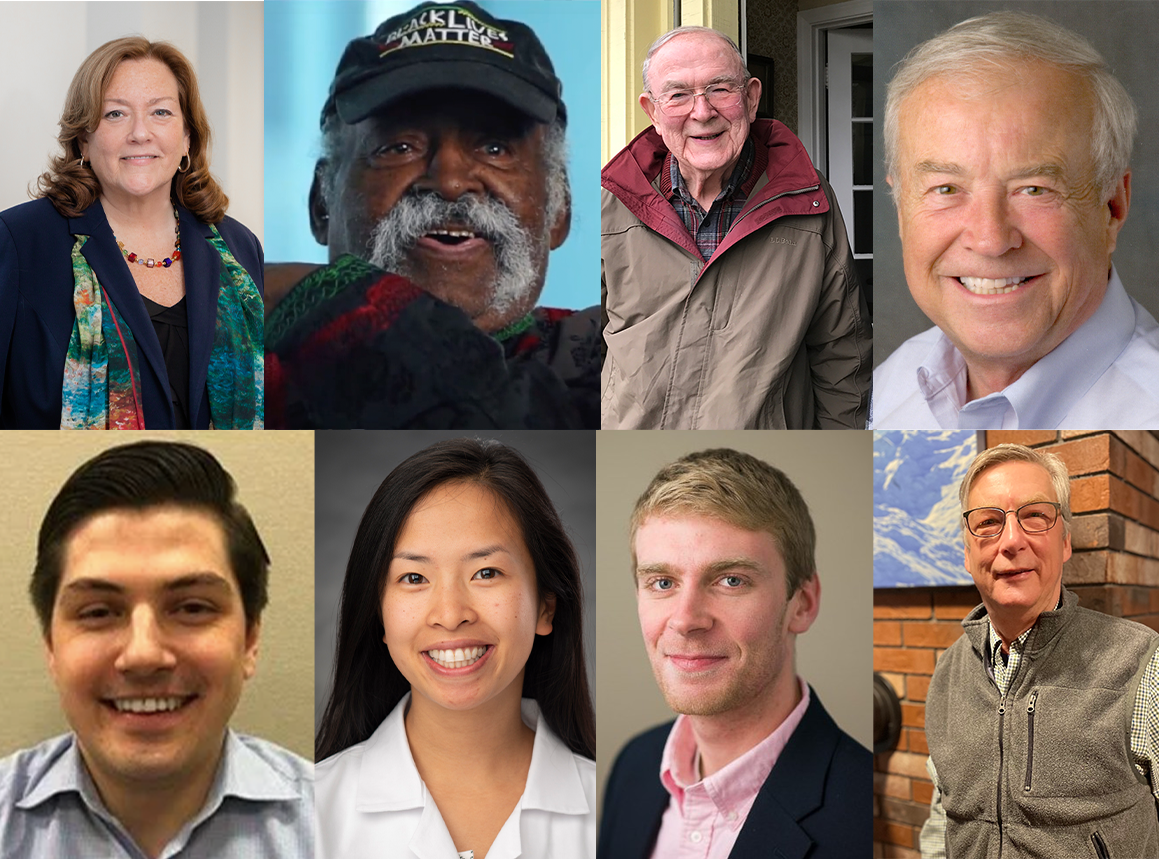 A former chief justice, a civil rights advocate, and a physician are among the 2022 Alumni Achievement Award recipients who will be recognized during an awards celebration on May 12.

The Hon. Leigh Ingalls Saufley ‘76 was chosen to receive the Alumni Career Award. Saufley was the first woman to serve as Maine’s Chief Justice of the Maine Supreme Judicial Court. She is currently dean of the University of Maine School of Law.

James Varner ’57 is the recipient of the Humanitarian Award. Besides his work in education and community planning, Varner founded and served as president of the Maine Human Rights Coalition. He was also instrumental in bringing the Martin Luther King, Jr. annual event to the UMaine campus.

Bill Leitch was selected to receive the Champion of UMaine Award for his work on behalf of the university. Bill, whose late wife was Betsy Pullen Leitch ’55, has worked with and advocated for UMaine’s Honors College.

Perry Clough ’63 is the 2022 recipient of the Suzanne Hart Award in recognition of his many years of service to the Alumni Association. Clough served several terms on the Board of Directors, including a term as vice chair. He has also been the Class of 1963’s vice president, treasurer, and a member of its Reunion Committee.

Derek McKenney ’14 is being honored with the Spirit of Maine Award for his work at Puritan Medical Products. During the last two years, McKenney has worked to help his employer expand rapidly to meet the demands created by the pandemic, and open new facilities that produce more swabs in North America.

Recent graduates Kimberly Dao ’14 and Jay Knowlton ’15 are the 2022 recipients of the Rising Star Award. Dao, a physician, has volunteered with New Student Programming, Admissions, the Alumni Association, the UMaine Foundation, and other campus partners. She also serves as her class president.

Knowlton is associate director at Quartet Health and has served as vice president of the Senior Skulls alumni group and as an involved member of Phi Kappa Sigma Fraternity. During graduate school, he also served as the graduate representative to the University of Maine System Board of Trustees.

The Weston family will be honored with the Fogler Legacy Award in recognition of their deep ties to the University of Maine. Beginning with the first graduating class in 1872, the Weston family includes numerous members who have earned degrees at UMaine. Peter Weston ’78 has been especially involved with the College of Engineering and Maine Folklife Center.

The 2022 honorees were selected based on nominations submitted to the Alumni Association’s awards committee. Award recipients will be recognized in an online ceremony on May 12th.