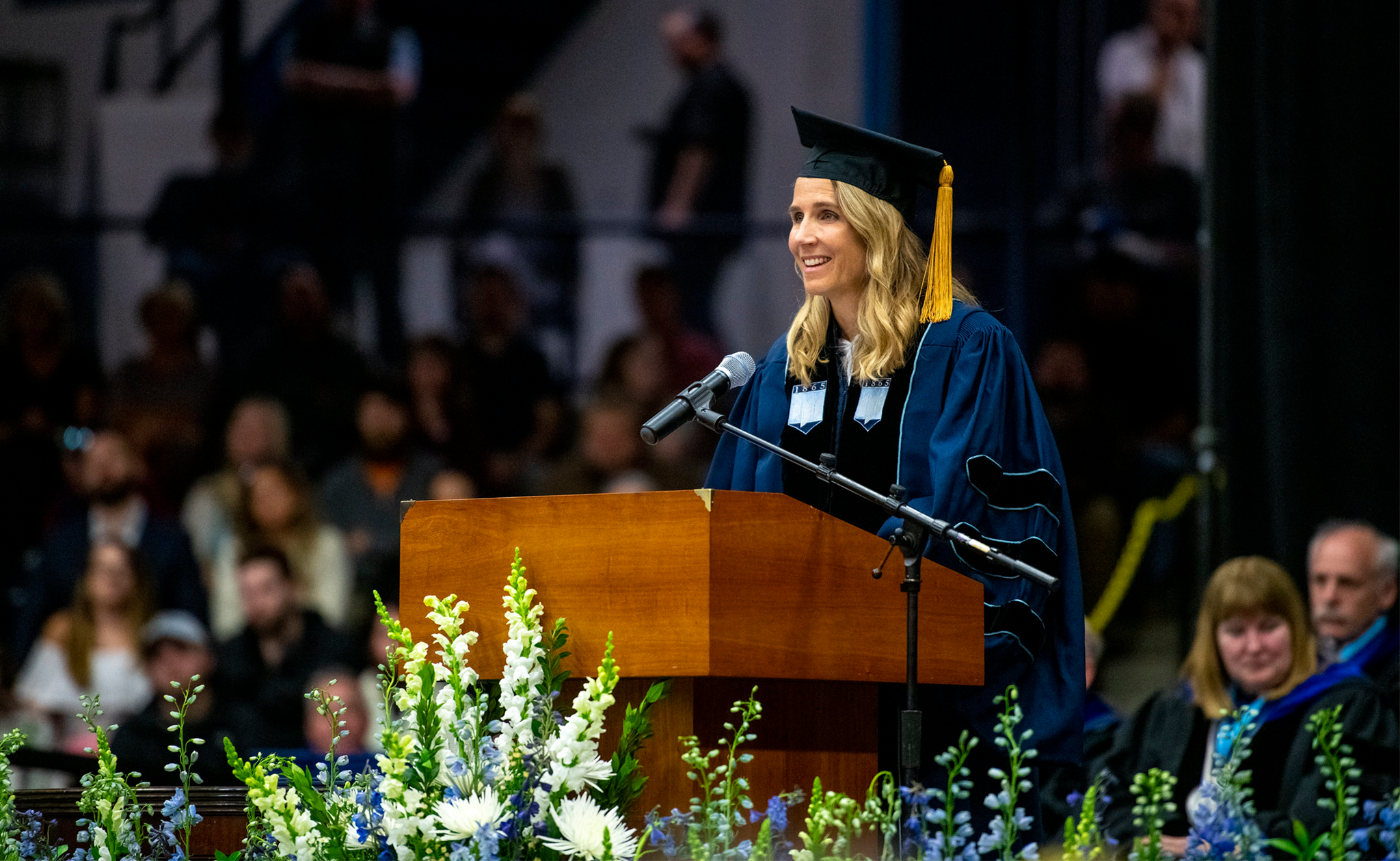 Bridget Ziegelaar ’96, an Old Town native, addressed more than 1,700 students at the University of Maine’s 217th Commencement on May 11 in Orono.

The team’s missions depend on effective teamwork. “In those situations, teamwork is what will help you succeed,” she said.

Ziegelaar encouraged graduates to have faith in themselves, trust their potential, and to not abandon their dreams and goals because they may seem out of reach. She cited a teacher who encouraged her and gave her the confidence to pursue her dream. The mechanical engineering major credits the University of Maine in giving her the foundation she needed to be successful in her field.

“I can honestly say that the four years I spent at the University of Maine were some of the best years of my life,” said Ziegelaar. “They have propelled me farther than I ever thought possible. I have spent decades now working side by side with brilliant people from the best universities in the country, and I have never, not once, felt less educated, less prepared, or less capable than anyone else. That is a testament to the outstanding programs at the University of Maine.”

UMaine’s 2019 Distinguished Maine Professor, Sandra Caron ’79, ’82G, also addressed graduates and guests. Caron reflected on two memorable conversations she experienced years ago at UMaine–one with her faculty mentor during her undergraduate days; the other with an inspiring student shortly after Caron joined the faculty.

“The days we live rush by, filled with mundane moments and routines,” she shared. “It’s easy to forget the power we have to change the lives of others and the influence those we admire have on us. What those people say to us, how we observe them live their lives, can make all the difference in nurturing our talents and passions and empowering our dreams.”