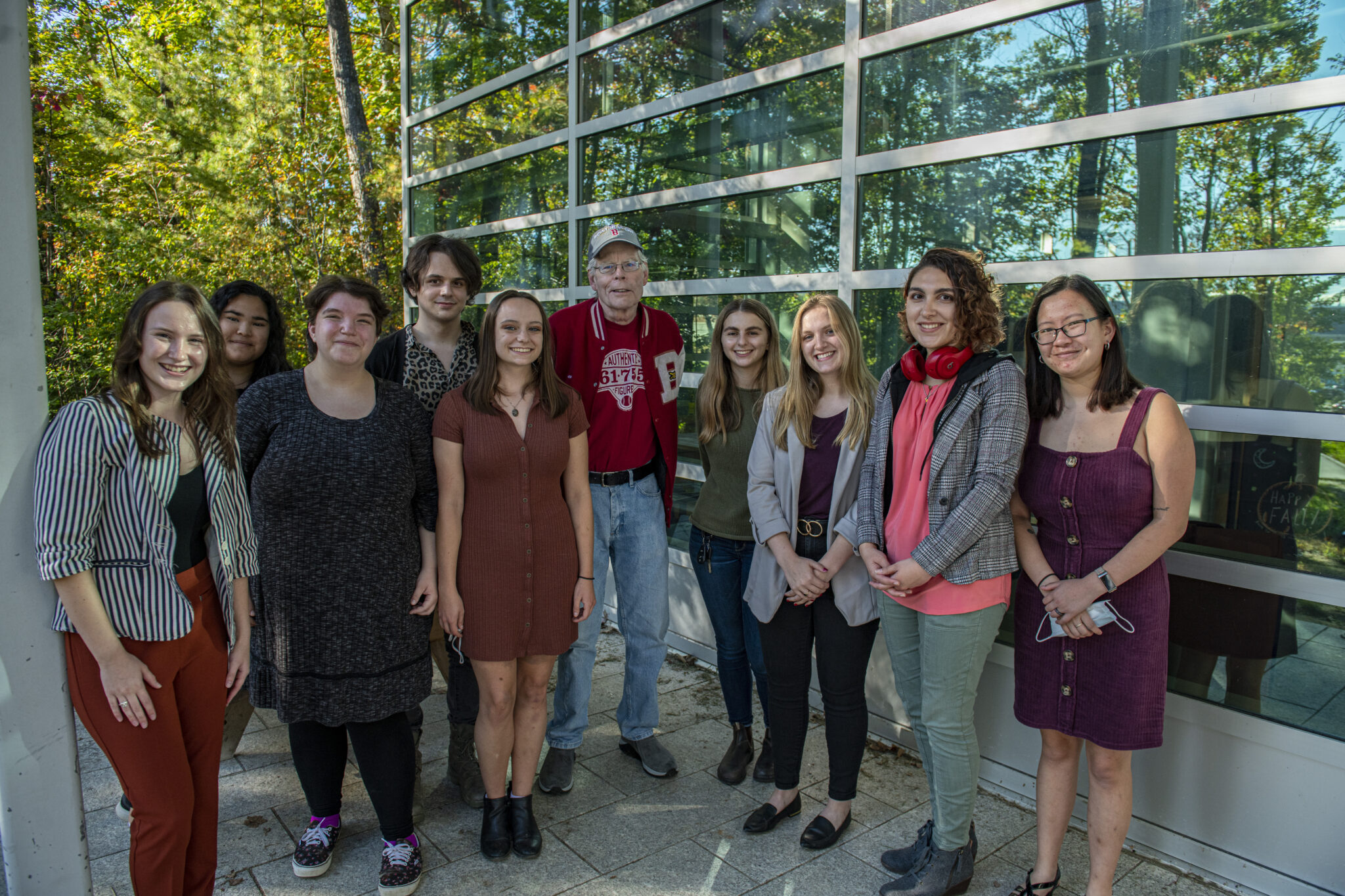 UMaine’s most famous alumnus, Stephen King ’70, twice returned to campus earlier this month to meet with two groups of English majors. King discussed his memoir, On Writing, with one group, and with the other discussed his adaptation of his book Lisey’s Story as an Apple TV+ miniseries. He was invited back to campus by UMaine English Professor Caroline Bicks, who holds UMaine’s prestigious Stephen E. King Chair in Literature. As one of the students remarked in response to meeting King, “This was easily the coolest experience of my life.”