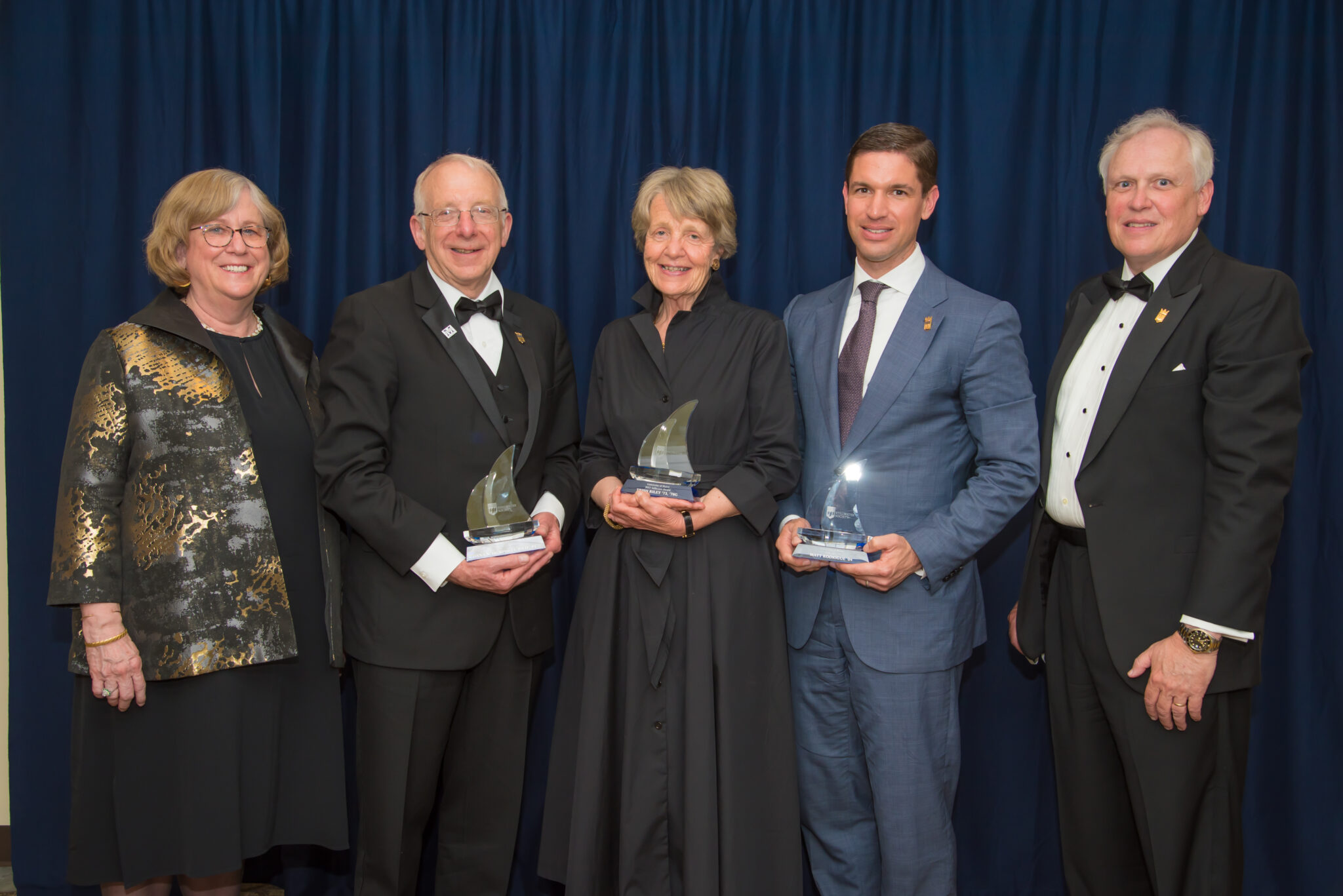 Alumni Matthew Rodrigue ’04 and Trish Riley ’73, ’78G, along with Dean Dana Humphrey were recognized with Stillwater Awards at the UMaine Foundation’s  annual Stillwater Society dinner in May.

“The Stillwater Awards honor those who have consistently demonstrated philanthropic leadership and dedicated service on behalf of the University of Maine,” said UMaine President Joan Ferrini-Mundy.

The three awardees have worked on behalf of UMaine in multiple capacities. Rodrigue, who  served four terms on the Board of Visitors, co-chairs the UMaine 2025 Commission, is an incorporator of the UMaine Foundation, and serves on its investment committee.

Riley previously chaired the Board of Visitors, was president of the UMaine Alumni Association, and served on the UMaine Foundation Board of Directors. She is currently on the University of Maine System Board of Trustees.

With a 36-year career at UMaine, including serving as dean of the College of Engineering for the last 16 years, Dana Humphrey has overseen its tremendous growth and led the fundraising, planning, and construction of the Ferland Engineering Education and Design Center.

Read more about the honorees here.