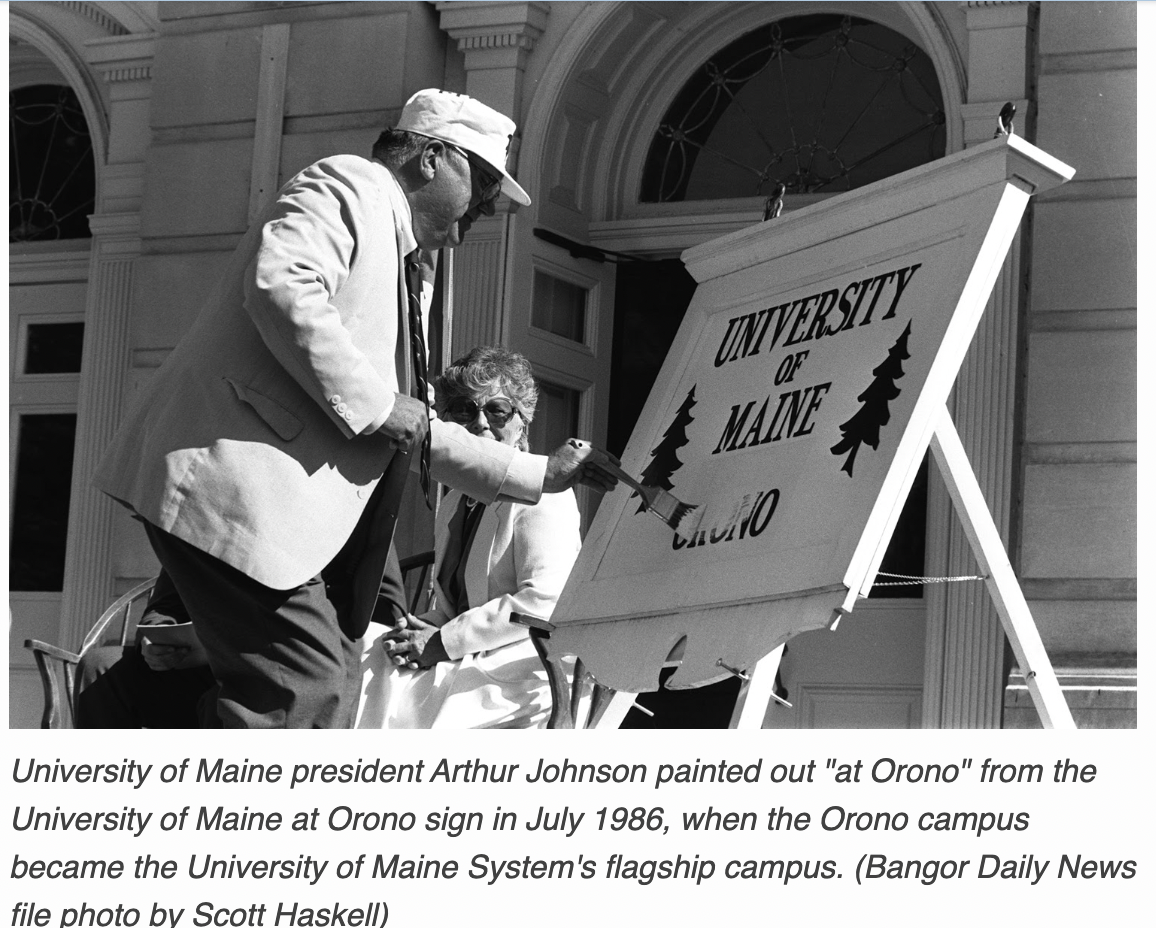 What’s in a Name?

A lot! In 1986, the Maine Legislature restored the university’s name to the “University of Maine” after having operated as the “University of Maine at Orono” for the previous 15 years. The action modified a 1968 law that had placed UMaine together with five regional state colleges, producing a single multi-campus entity named the “University of Maine.” Initially the campuses were differentiated from each other by the inclusion of their location in their titles. However, the Legislature eventually agreed to drop the “at Orono” suffix because of UMaine’s unique statewide role and mission among the state’s public institutions. When the law restoring UMaine’s name took effect in the summer of 1986, a campus celebration was held during which University President Arthur Johnson (above) took a paintbrush to a campus sign to symbolically commemorate the act. (Bangor Daily News file photo by Scott Haskell ‘89)