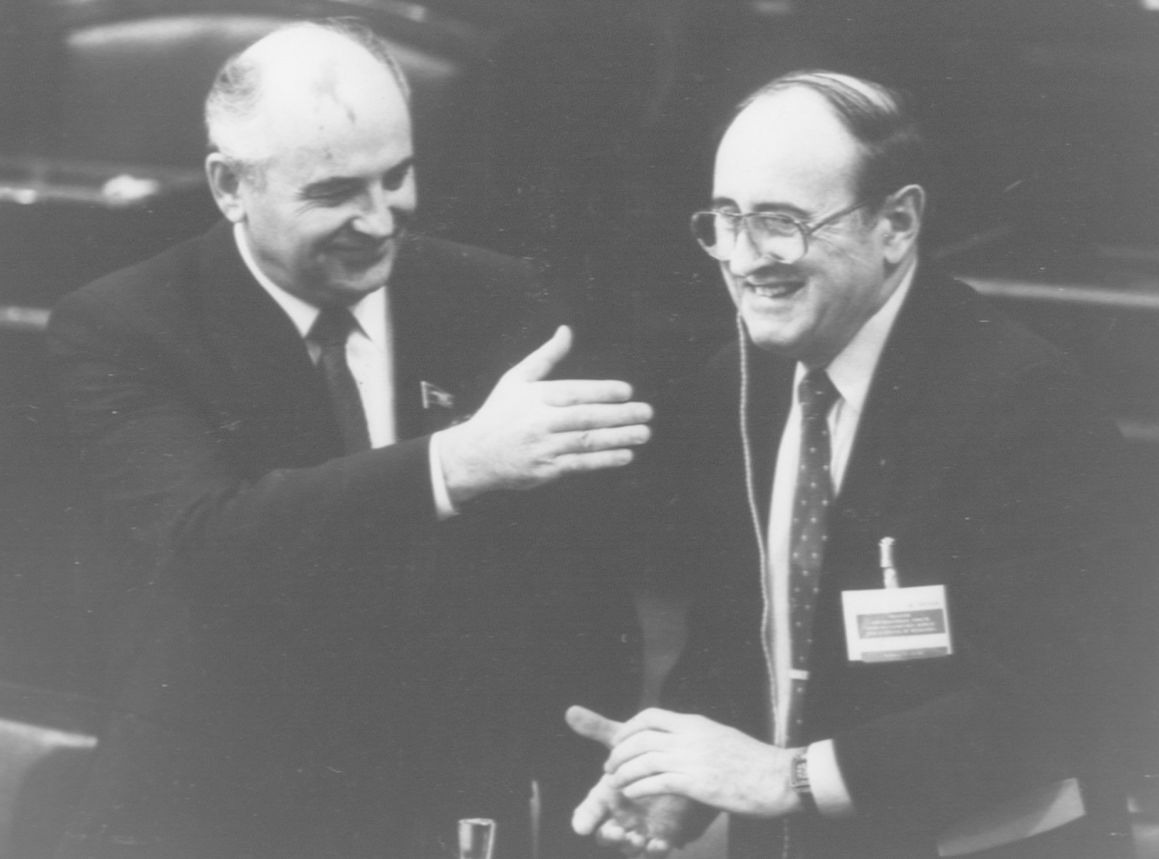 You won’t believe this alum’s legacy

Bernard Lown ’42 (right, with Mikhail Gorbachev), one of the University of Maine’s most accomplished and influential alumni, died on February 16, 2021 at age 99. The pioneering cardiologist, author, and peace activist cofounded International Physicians for the Prevention of Nuclear War and received the Nobel Peace prize in 1985. In 1962 he invented the first effective direct-current heart defibrillator, which made open heart surgery possible and led to advances in cardiovascular health.

Lown was born in Lithuania and at age 14 emigrated with his family to Lewiston. After graduating from Lewiston High School and the University of Maine, he attended Johns Hopkins Medical School.

Lown recalled that the University of Maine “started me on a different journey. It exposed me to a whole vast array of philosophy, culture, literature, and science.”

Lown told Frank Ferrel of Maine Public in a televised interview in 2008, “I think if you care for a person, as a patient, you must care for the survival of humankind.” He also explained, “The most common cause of disease in the world today is poverty. So how can you be a doctor and be indifferent to poverty?”

The Alumni Association’s Humanitarian Award is named for him.