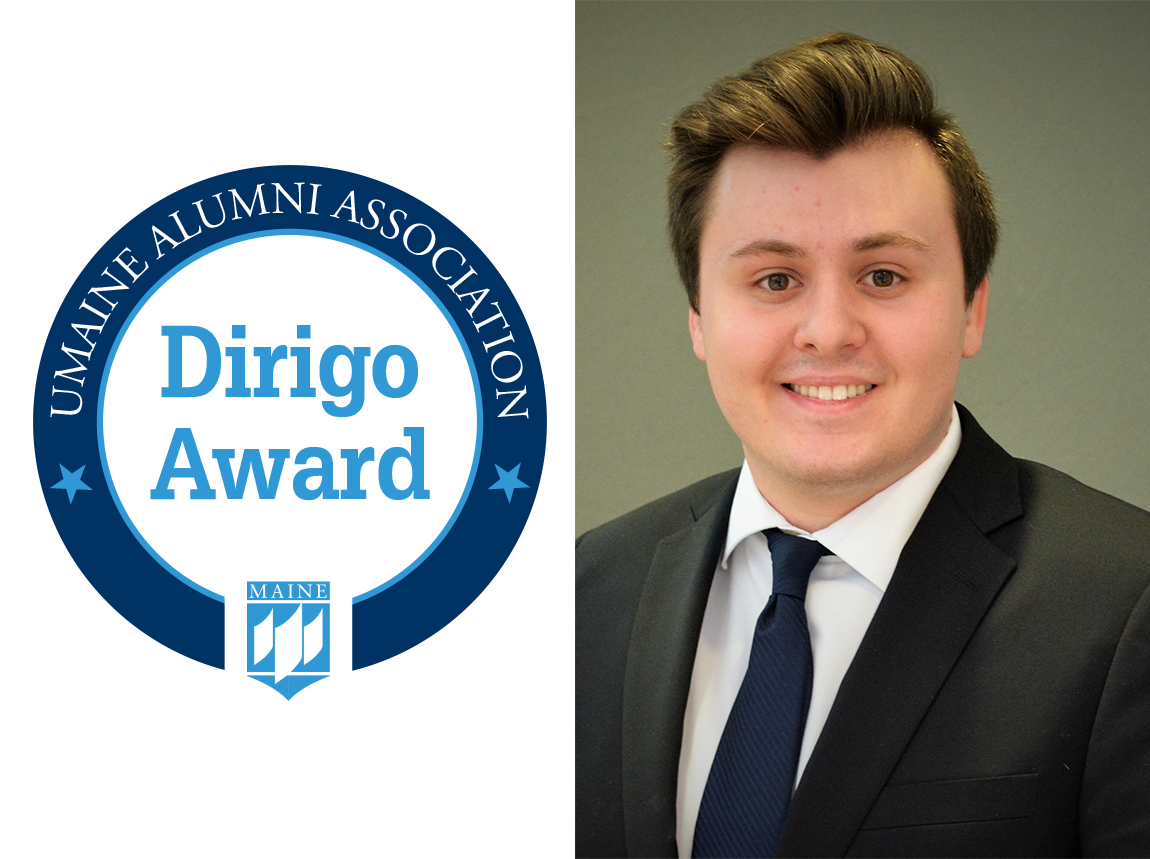 Christopher “CJ” Bowen may herald from Plaistow, New Hampshire, but ever since starting at UMaine he has made the state of Maine his home.

The summer following his first year he stayed in Orono to work with the UMaine Foundation, and this past summer instead of returning to his hometown he again elected to stay in Maine, this time interning at MEMIC in Portland.

Bowen, the September recipient of the Alumni Association’s Dirigo Award, is pursuing a double major in business management and marketing. He serves as president of the Maine Business School Corps, the school’s community outreach organization. Bowen has been involved with the organization for the last three years and served as its secretary his sophomore year.

“Nory Jones was a professor that helped me get involved with the Maine Business School and with the overall UMaine community,” he notes. “If it wasn’t for her I don’t think I would be involved in the things I do today at UMaine.”

In fact, Bowen urges other students to get involved in everything they can at the beginning of their time at UMaine. He credits the times he’s felt the most nervous and uncomfortable as those moments where he’s learned the most and understood what truly matters.

When he’s not in class or organization meetings, Bowen keeps busy in other ways. His Sunday routine includes spending time at Aroma Joe’s, an off-campus coffee shop, enjoying an energy drink called a “Green Alien Rush” and playing chess. His other pastimes include archery, photography, and camping as well as outdoor hammocking and paddleboarding on the Stillwater River.

Although he has taken to the state, Bowen hopes to move west after graduation to experience something new. He intends to find  a job in sales, eventually working his way into upper level management of a large company.