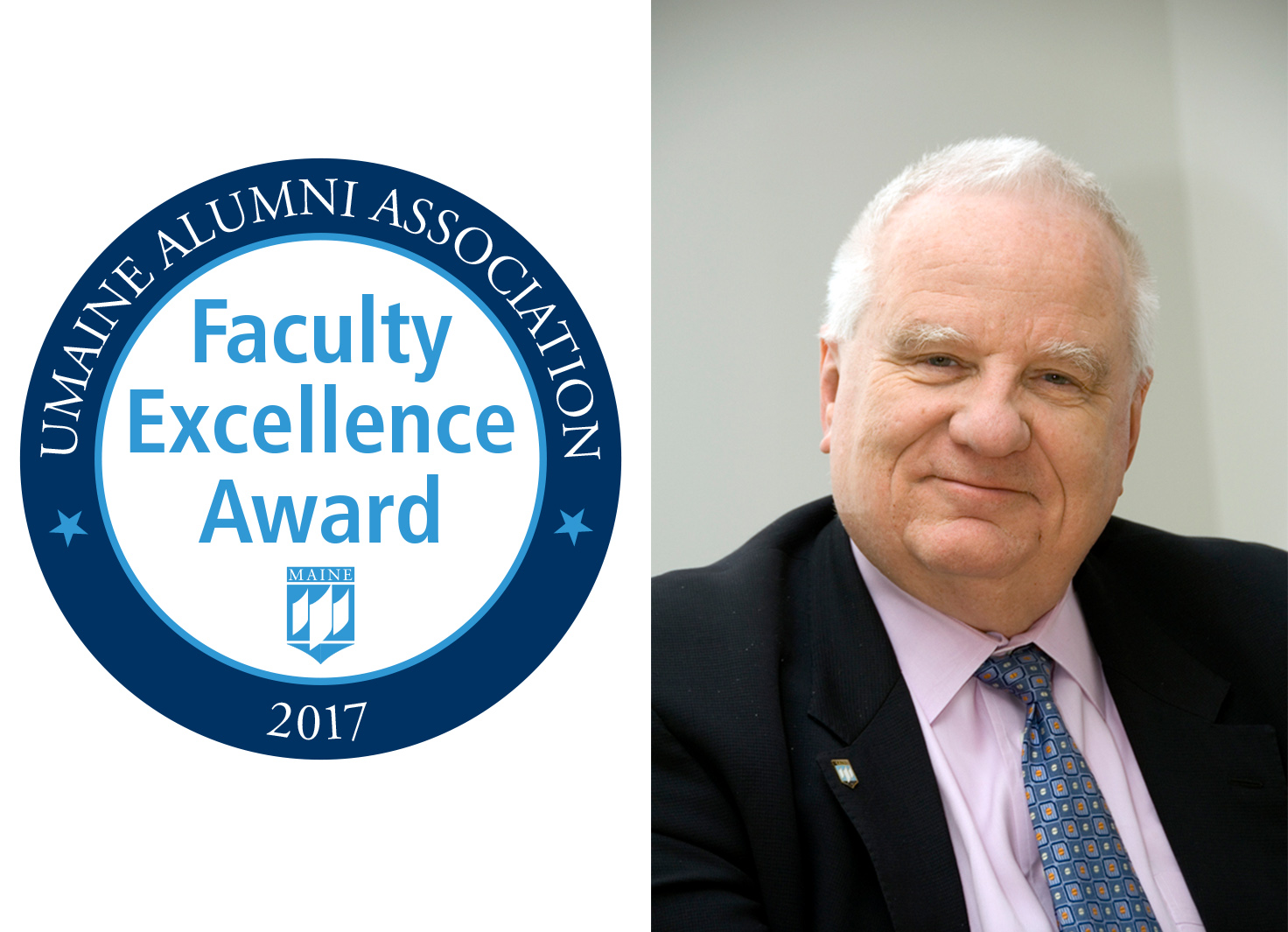 Born and raised in Philadelphia, UMaine’s John Mahon always had a burning desire to explore the world.

“Whatever country I’m in, I find it fascinating,” said Mahon, professor of management in UMaine’s Maine Business School and its John M. Murphy Chair of International Business Policy and Strategy. “I love the smells, the sounds, the noises, the musicality of languages. I have wanderlust, and I’ve been absolutely blessed in that ability to see the world.”

Mahon has taught in Australia, Canada, China, England, Germany, Korea, and Japan, and led trips to Belgium, England, Germany, Greece, the Czech Republic, and Russia. In May he will lead a group of UMaine business students to South Africa. To no surprise to those who know his passions, Mahon was the the founding director of UMaine’s School of Policy and International Affairs, which was established in 2007.

Mahon has been selected as the February recipient of the Alumni Association’s Faculty Excellence Award. Colleagues and students alike view Mahon as a “scholar’s scholar.” He has authored or co-authored more than 300 published papers and book chapters while maintaining a prominent reputation for being available to advise and consult with students and colleagues at UMaine as well as around the globe. Mahon has won numerous awards for his teaching excellence, including the 2011 University of Maine Presidential Research and Achievement Award.

Mahon has also distinguished himself as a campus administrator, having served as UMaine’s interim provost, director of Maine Business School, and dean of the College of Business, Public Policy, and Health.

Mahon joined UMaine in 2001, following 23 years as a faculty member in the School of Management at Boston University, a large, urban, and private institution. One of the attractions of joining UMaine was the opportunity to work with a more socioeconomically diverse student body, a hallmark of public land-grant universities.

“I identify more with a lot of students here than I did at Boston University,” Mahon shared.

UMaine’s winter weather and rural nature were attractions, he said. He and his wife, Julie, enjoy winter sports and the outdoors.

“If you’re someone who doesn’t like snow, don’t come to Maine,” Mahon quipped. The Mahons also enjoys the variety of campus events available at UMaine, such as guest lectures, the International Dance Festival, and concerts by UMaine a cappella groups the Maine Steiners and Renaissance.