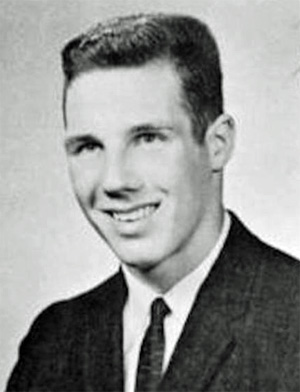 He had enlisted in the United States Marine Corps. Served during the Vietnam War. He began his tour on December 10, 1967. Ferguson had the rank of Second Lieutenant. His military occupation or specialty was Basic Infantry Officer. Service number assignment was 103483. Attached to D Company, 1st Battalion, 1st marines, 1st Marine Division. 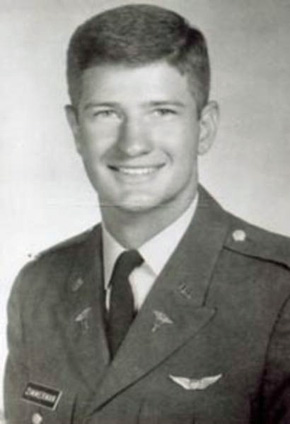 Alan Harry Zimmerman was born on March 5, 1943. According to our records New Jersey was his home or enlistment state and Bergen County included within the archival record. We have Midland Park listed as the city. He had enlisted in the United States Army. Entered the service via Reserve Military. Served during the Vietnam War. He began his tour on January 27, 1967. Zimmerman had the rank of First Lieutenant. His military occupation or specialty was Rotary Wing Aviator. Service number assignment was O5022768. Attached to United States Army Vietnam (USARV), 283rd Medical Det.

Although I was only remotely acquainted with Alan Zimmerman, he and I went through the same four years of ROTC classes and drills at UMO. All I remember about him was that he was a fairly tall, fair haired, soft spoken and popular young man. I was emotional when I viewed his name on the Vietnam Memorial wall. ― Joe Sala

Dave Sargent called from Pleasant Hill, California, about Al Zimmerman. He rode twice to Portland with Al in the back of Al’s converted Volkswagen. Notes from our conversation:

He and I first met when we were juniors. He took a class in entomology (I graduated with a BS degree in entomology). He extolled the virtues of being in ROTC because he got to take helicopter training. He would give me a ride home to Portland about every other month in the back of his VW Bug. He took out the back seat, there was nothing there. We would lie down all the way. He was a very special friend.

Driving down, listening to rock’n’roll music; it was not a good sound system. When you’re 22 years old, you can sleep in anything! Incredible guy – everybody loved this guy. Everybody loved Alan; he was just that type of guy.

Dave grew up in Gorham. He enlisted right after school. Two years later I’m at the University of Hawaii, picked up the alumni magazine from UMaine and saw that Alan was shot down on his first or second mission. I was shocked. I cried for days.

Email from Bill Buckley: You mentioned Tom Ferguson and Al Zimmerman who died in the Vietnam War. Both were close buddies of mine while at Maine. Both were great guys who were drafted into the service who would have preferred to get on with their careers. I remember having a conversation with Al before he left to go for his military training. His time in the service was quite brief, as I recall, and it was not long before we learned of his death. Tom Ferguson did not go into the service right away and may have taken an extra year to get an advance degree. I’m not sure. I have seen their names on the monument wall in Washington.

In May of 1965 before our graduation, I received my draft notice and pondered what to do as I had a lot of student debt and would never make the payments on $44.00 /month military pay. Fortunately, my cousin was a pilot in the Maine Air National Guard in Bangor and he encouraged me to contact the recruiter to see what opportunities were available. I joined the Guard as a basic airman on Aug. 15, 1965, and completed the training by December 1965 and was sent back to Bangor to serve out the next 5 1/2 years of the enlistment on a part-time basis, one weekend a month type of duty.

It was generally considered that one was less likely to be sent to Vietnam if you were in the Guard, but quite a few of our members were sent over on special assignments for brief periods. I never was called up, although I volunteered to serve in Desert Storm/ Desert Shield in the early 1990s. Later I retired with 28 years in the Guard as a lieutenant colonel.

In February 1966, I went to work for the Depositors Trust Co. in the trust investment department. Later that year Tom Ferguson called and wanted to come meet me to discuss possibilities of joining our Air Guard unit in Bangor. He mentioned he had received his draft notice to go in the Army and wanted to know if I could help in getting him in the Guard. We made some calls and got him an interview but the availability of slots was slim at the time and he did not get selected.

Later that year, Tom let me know he had left to go into military training. Not long after this we saw his obituary in the news.

It just seemed such a waste of two young people’s lives.

I had many other classmates who served in Vietnam but as you mentioned these were the only two I knew who died in the war from our class. Both guys left an impression on me, to say the least. I always felt sorry I could not help Tom get in the Guard with me.

From a phone conversation with Susan Rush Walsh of York, Maine: We were good buddies, we hung out a lot. We were in the same Russian class

Tom was pretty much of a loner, incredibly gifted athletically ― semi-pro in tennis, golfing, skiing. I wouldn’t ski with him because he was so much better than me! He would ski slopes that would be a killer for me. We went skiing together, but we went on different slopes. There was one at Sugarloaf called Widowmaker, where suddenly there was no slope. He went on; I took my skis off and just walked
down.

Bobbi Mulazzi talked me into going to Connecticut to teach. Tom called me, said he was in Denver, got involved in a car race to Denver, and then crashed the car. He was waiting for a plane ticket to fly home.

He enlisted in the Marines. In Vietnam he stepped on a mine and it blew off his legs. They couldn’t medivac him out fast enough, and gangrene set in. They shipped him to someplace in the Pacific, then back to Portsmouth Naval Hospital. I called his father; he couldn’t stop crying. Basically Tom just had his upper body left; he died shortly thereafter.

I met Tom in Russian class; he was in all my Russian classes. His Russian name was Foma Godivitch; mine was Susanna Richardovna. He used to talk about a girl he liked. We would go to Governor’s and he’d tell me his woes about girls.

I was a frequent visitor at his house in Rumford where his father was manager of the paper mill there. He adored his younger sister, called her “Lil Sister.” She went to Harvard; we visited her in Boston. His older brother Bill went to UMaine.

I think he was in Alpha Tau Omega.

Tom never had his picture taken, as I recall. He was restless, very bright. A good guy and a lot of fun. When he left he told me, “Aw, Susie, you worry too much.”

Email from Ed Schultz: Bill Flahive told you that he thought Paul Stimpson ’64, died in a helicopter crash. Bill was correct. Paul was piloting a helicopter that had a defective fuel gauge. It showed that his aircraft had more fuel than it really did. The craft merely ran out of fuel and went down. A tragic loss of a wonderful friend and neighbor.

Email from Gerry Whiting: Al Zimmerman and I matriculated in the forestry program our freshman year. In those days the forestry folks pretty much had all our classes together. Being not an overly large group it was easy to get to know each other and form friendships. Al and I were both from out-of-state. It was another thing that brought us together.

Our sophomore year we ended up living together, as we had both pledged Phi Eta Kappa. Second semester that year one of required courses was entomology. It was taught by Dr. Diamond. He was special in that he made the study of insects most interesting and to some of us exciting. A requirement of the course was that each student had to make an insect collection. Part of the grade was based on the number and diversity of insects one was able to present. Al and I spent many hours together working on our collections.

I have a vivid memory of our hitchhiking with collecting nets in hand down to Veazie, where there were a number of gravel/sand pits along the river. We were on the hunt for metallic wood-boring beetles. They are also known as jewel beetles because of their glossy, iridescent colors, particularly blues and greens. It was our lucky day as we found quite a few lounging on old logs and boards that had been dumped in the pit we first visited. It would have been something had someone been there to take pictures of the two of us creeping up on the beetles and wildly swinging our nets trying to capture them. Al and I were all smiles on the way back to Orono as we each had at least three or four beetles. Their striking blue and green wings added a good deal of color to our collections.

At the end of our sophomore year we both left the forestry program for other majors, Al to entomology and I to zoology. In our last two years we did not see a lot of each other as our courses were no longer the same, and Al had become a dorm counselor. In addition, Al went advanced ROTC, and I did not. This ended up having a tremendous impact on what happened in the months following graduation. In Al’s case it meant reporting for duty as a 2nd lieutenant, helicopter flight school, and a posting to Vietnam.

I was totally stunned when I learned of Al’s death in what I understand was his first combat mission. A few years after the Vietnam Memorial was built, I had reason to be in D.C. I made a point of visiting the Wall and finding Al’s name. When I touched his name etched into the stone somehow the sounds of the city faded away. What I heard in my head and felt in my heart were our shouts and laughter the day we spent hunting those beetles. To this day whenever I see iridescent blues and greens I think of Al. Rest in peace, brother.

I hope this memory of Al helps in some small way the task you have taken on to honor Tom and Al.

Email from Alan Bannister: I was particularly interested in the number of our classmates who served in Vietnam. I believe we were one of the last classes required to take ROTC for our first two years. I opted for advanced and completed the program with a commission in the Army Corps of Engineers after receiving my B.S. in mechanical engineering.

After completing basic training at Ft. Belvoir in ’66 (I took some time off after graduating with classmates Paul Goodine and Dick Robinson), I was shipped out to Vietnam. I never understood why the Corps of Engineers was considered a combat branch until I was in-country. I was assigned to the only Port Construction company in the entire Army. Our job was to build Cam Rahn Bay as an off-loading facility in preparation for the arrival of Gen. Westmoreland and the Americal Division. We ran a 24/7 operation under challenging conditions.

As with many of my classmates, we went through the Tet offensive and other missions during my year there. It was good to read of so many who served there from our class.