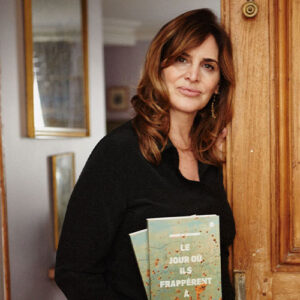 Janine di Giovanni ’83 received the Bernard Lown ’42 Alumni Humanitarian Award for her award-winning journalism. For nearly 30 years she has written about conflicts in four continents. Her focus on war crimes, human rights abuses, and the plight of refugees has given a voice to the voiceless.

Di Giovanni was a senior foreign correspondent for The Times of Londonfor many years, and a contributing editor for Vanity Fair. She is the author of eight books on war and conflict, and is working on another, The Vanishing, about Christianity in the Middle East. She is currently a Senior Fellow and professor at Yale University’s Jackson Institute for Global Affairs.

Her writing has garnered numerous awards. Most recently she received the Blake-Dodd Prize for nonfiction from the American Academy of Arts and Letters.