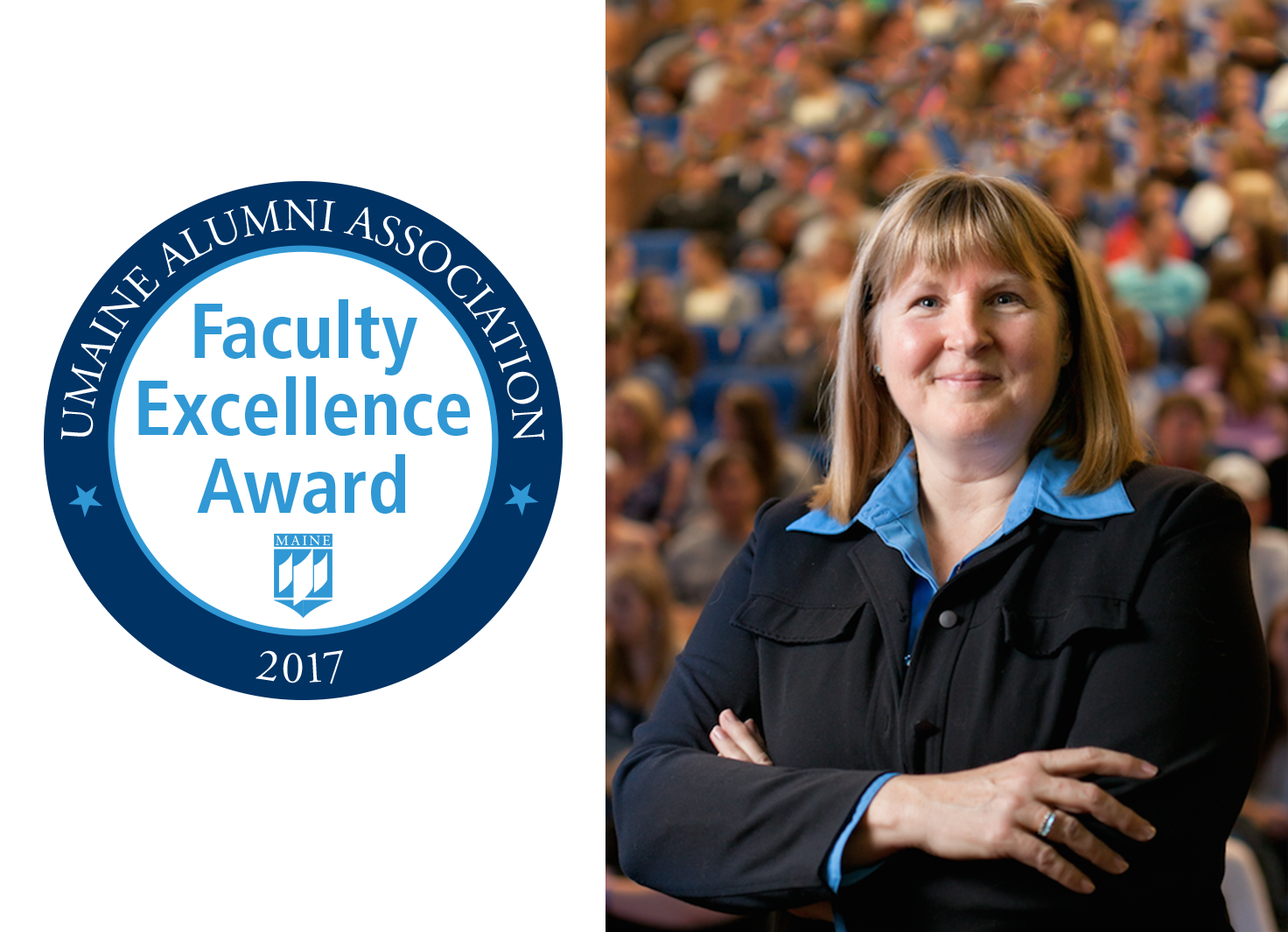 Uncomfortable Subjects Are This Professor’s Specialty

Sandy Caron doesn’t shy away from topics that many people are reluctant to discuss. In fact, she regularly tackles intimate matters in lecture halls with hundreds of students.

She knows that discomfort with discussions about human sexuality, along with a lack of knowledge, can lead to a range of problems. As a professor of family relations and human sexuality and adjunct instructor for women’s, gender, and sexuality studies, she provides the UMaine community with an informed counter-balance to pop culture’s portrayal of human relationships.

Caron was delighted to join the faculty at her alma mater in 1988. She earned both her bachelor’s and master’s degrees at UMaine, where she belonged to Pi Beta Phi sorority and The Women’s Center. Caron received her doctorate in human development at Syracuse University and taught at Cornell before her former advisor and mentor, Prof. Lloyd Brightman, phoned her with a suggestion. He was about to retire, and encouraged her to apply for his position.

Caron especially enjoys the opportunity to make a difference on the UMaine campus and beyond, and she has been working both in and out of the classroom for nearly three decades to help students understand issues ranging from dating relationship dynamics to sexual health. Her popular upper level human sexuality course, which enrolls 350 students, typically has a waiting list.

Her particular area of research focuses on the social-sexual development of young people, and during her nearly 30 years of teaching at UMaine, she has gathered data on students’ attitudes and behaviors. Her research is widely published in academic journals and she has written four books related to human sexuality. With a commitment to service and a goal of helping students understand diversity and develop positive, healthy relationships, she has reached out to the community in multiple ways. She previously hosted a call-in program on UMaine’s radio station WMEB, and for two decades she wrote “Sex Matters,” a column for the Maine Campus. She also reaches students through her website CollegeSexTalk.com.

Caron has hosted hundreds of “Sex at 7” evening discussions in UMaine’s residence halls, and she founded three nationally recognized peer education programs: Athletes for Sexual Responsibility, Greek Peer Educator Program, and Male Athletes Against Violence. The programs, which train students to educate other students on topics such as safer sex, bystander intervention, and sexual assault have been widely adopted by other universities and colleges.

Caron has been recognized for her passion for education and her accomplishments. She received UMaine’s Presidential Outstanding Teaching Award in 1998 and the Presidential Public Service Award in 2002.

As both an alumna and a professor at UMaine, Caron offers four key pieces of advice for students. Get involved, discover your passion, find a mentor, and find happiness. “The key to finding happiness is in giving of yourself, listening to others, and helping others,” she observes.