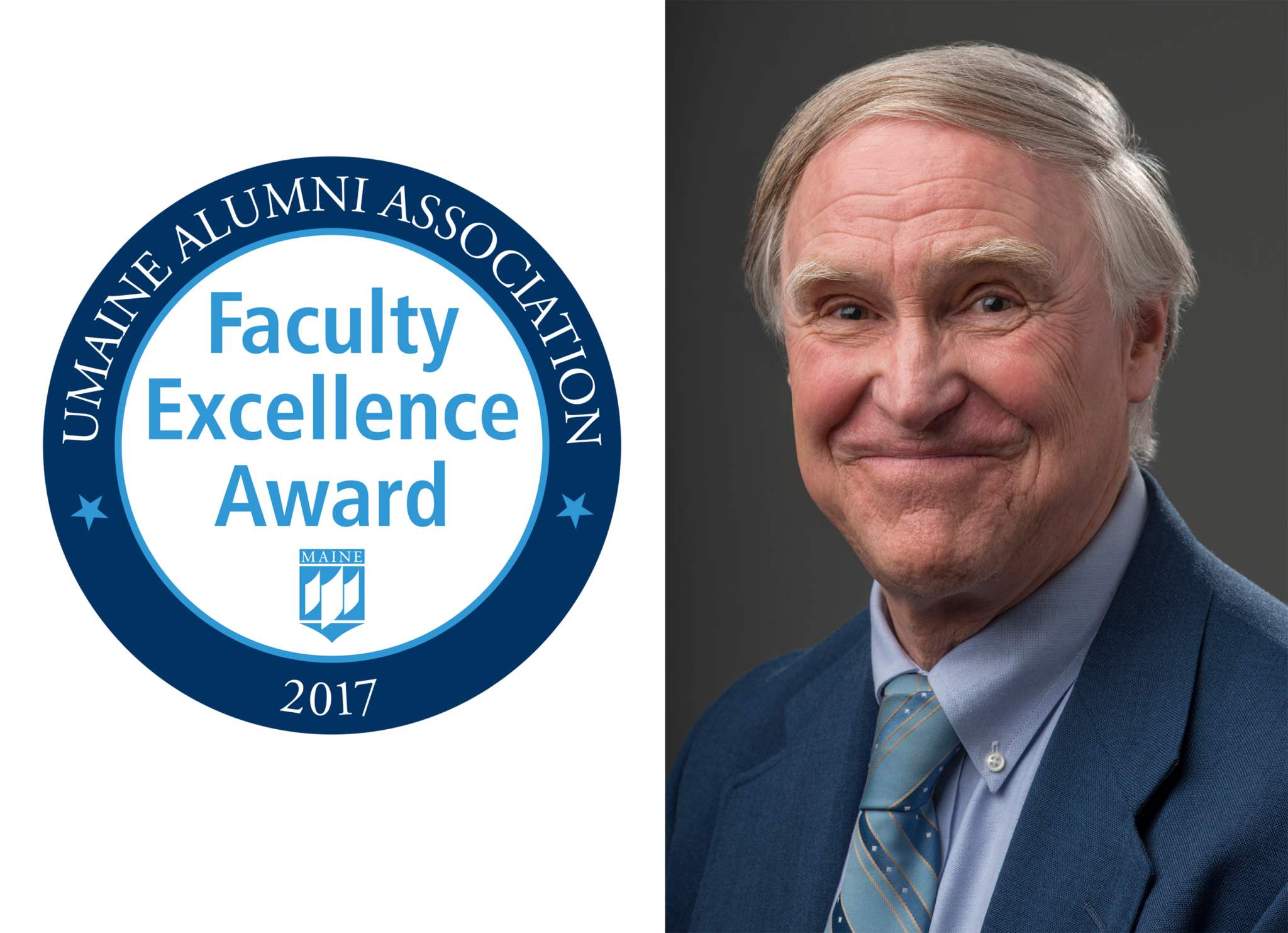 As a landscape historian, Dr. Richard Judd enjoys his daily walks across the UMaine campus, appreciating

the integration of the buildings into the landscape. He can read the history of the natural and built environment, and on campus, the influence of legendary landscape architect Frederick Law Olmsted’s plans remain clearly visible.

Judd’s specialty is the history of conservation in America. He has written about attitudes toward the land, from the stewardship ideas of early New Englanders to the environmental movement, which began to shape policy in the 1970s. Judd is currently completing a book about Henry David Thoreau.

At UMaine, Judd particularly enjoys the collegiality of his peers, and the ability to collaborate across disciplines on topics that pertain to environmental history. He also likes the informal atmosphere at UMaine. The small size of his upper level classes enables him to get to know the students and their interests, and he is able to discuss the material with them rather than lecture. Judd was recognized with UMaine’s Presidential Research and Creative Achievement Award in 2015.

Judd has received numerous awards for his work. The Historical Atlas of Maine (2016), which he co-produced with Stephen Hornsby of the Canadian-American Center and cartographer Michael Hermann, received the American Association of Geographers Globe Book Award. Besides his other publications, teaching, research, and writing, Judd has edited the journal Maine History, which is produced by the History Department and the Maine Historical Society in Portland, since 1984.

His advice to students entering the university is to focus on their particular passion. While skills such as leadership, communication, and data analysis help with future endeavors, applying them to a topic or discipline that they enjoy is what ultimately provides personal satisfaction.