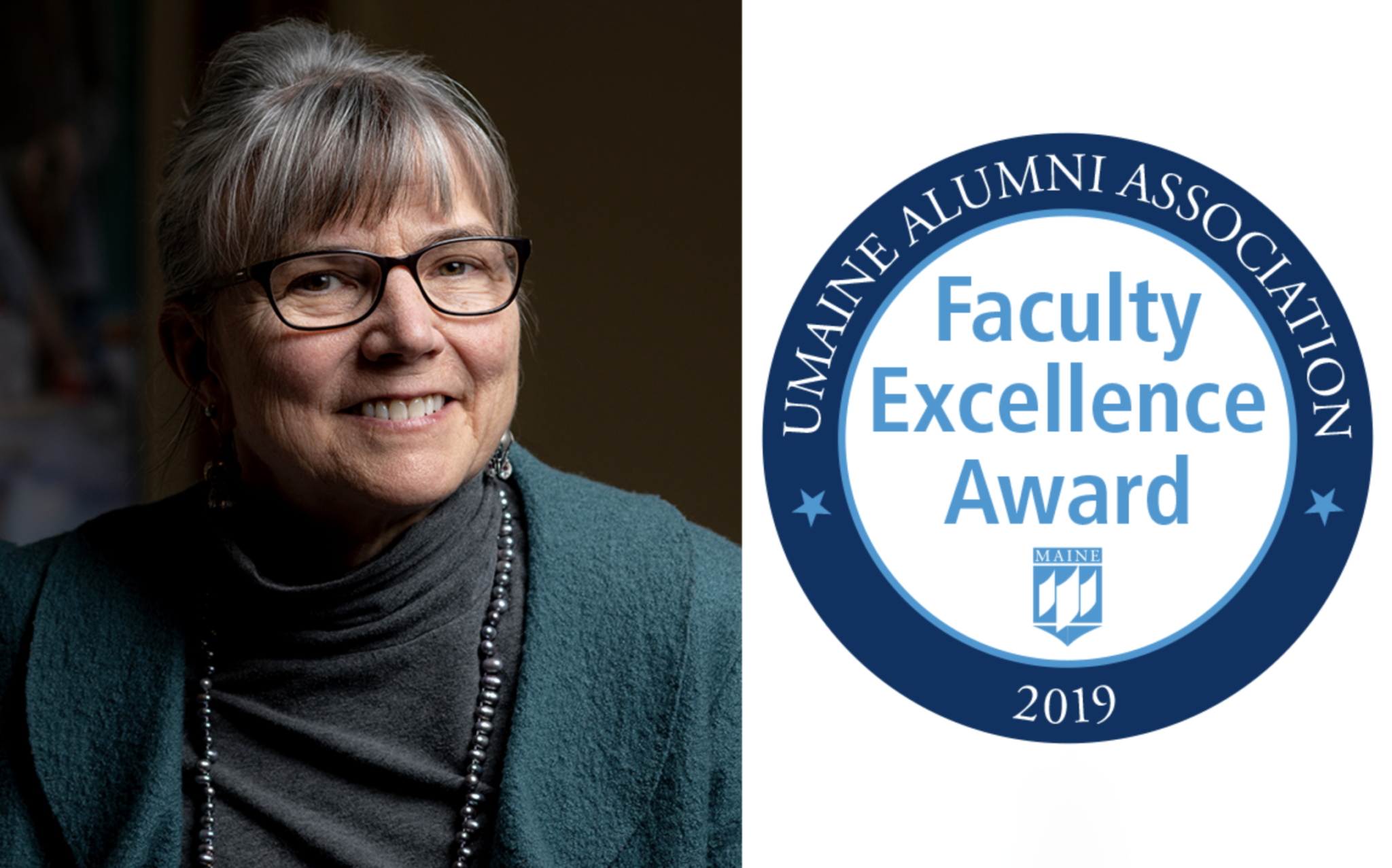 Margo Lukens, professor of English and director of the Clement and Linda McGillicuddy Humanities Center, enjoys exploring literature of different time periods and cultures. Teaching both Native American and European literatures of colonization allows her to introduce and facilitate discussions of widely different perspectives with her students.

Lukens is the April recipient of the Alumni Association’s Faculty Excellence Award. She joined the UMaine faculty in 1992. Educated at Harvard and the University of Colorado, Lukens first explored Native American literature as a graduate student, and upon her arrival at UMaine delved further into Wabanaki, and in particular Penobscot literature.

In layperson’s terms, what are your academic (teaching, research, scholarship) interests?

I am interested in Native American literatures, and in particular Wabanaki, and in most particular, Penobscot. I also study and teach the European literatures of colonization. Teaching both topics naturally leads to big questions about the United States and its relationship with contemporary Native American communities.

Why did you choose to pursue those interests?

One thing leads to another, as always. I did a MA thesis on fictional cowboy heroes as androgynous figures. As soon as I handed it in, I realized I needed to learn more about the literatures of Native American people. And I’ve always been curious about the origins of my own family’s presence in North America, so studying colonial lit was like stepping in a time machine.

What is your most memorable event or experience as a member of the UMaine faculty?

I have to say it was the night in November 2003 when a group of Penobscot people did a readers’ theatre production of a Native American play I directed, “The Rez Sisters” by Tomson Highway at Minsky Recital Hall. There was a huge audience of Native people who laughed at all the jokes, and it was a really exciting beginning for a group that called themselves The Penobscot Players.

Of all the courses you’ve taught at UMaine, which one do you enjoy the most? Why?

I never teach a course the same way twice, but I’ve had a lot of fun with American colonial to Romantic lit at the undergrad level. And ENG 542 is the grad level course where I have done everything from Wabanaki literature to drama from both sides of the US-Canada border. But ENG 131 The Nature of Story is fun, too, with 115 students. Teaching with a microphone is a ton of fun. And it’s also great to reach such a big audience, none of whom are English majors.

What is your favorite place on campus to spend time?

One of my favorite places is the Cyrus Pavilion Theatre, where performance can be so intimate. I also love the University Forest, and have spent many happy hours out there in all except mud season.

Aside from your faculty role, what are your interests or favorite things to do?

I love to sing. I sing with Orono’s chamber choir, Euphony, and with Blue Hill Bach. I used to sing with a band called Velma, but we broke up after 10 years. Actually that’s about 100 in “band years.”

What advice for students do you have to help them succeed?

Ask questions! And go to class, even if you think you aren’t quite prepared. You’ll lose much more ground if you stay away.

Find a faculty member you can relate to, who can help you think about your path and your projects. And make friends with people who are really different from yourself.

What advice for new faculty members do you have to help them succeed?

I’d give the same kind of advice I got in 1992 from Professor Michael Lewis of the Art department, during a new faculty mentoring workshop: do what you’re really interested in and love to do. And don’t be afraid to branch out, look for space to grow your new ideas.

I’d also tell them to be active in getting grant money: no one’s going to give you money unless you ask for it, and you should be thinking bigger than your perceived limits.

Oh, and last word: Being director of the McGillicuddy Humanities Center in the College of Liberal Arts and Sciences is the best job I’ve ever had.