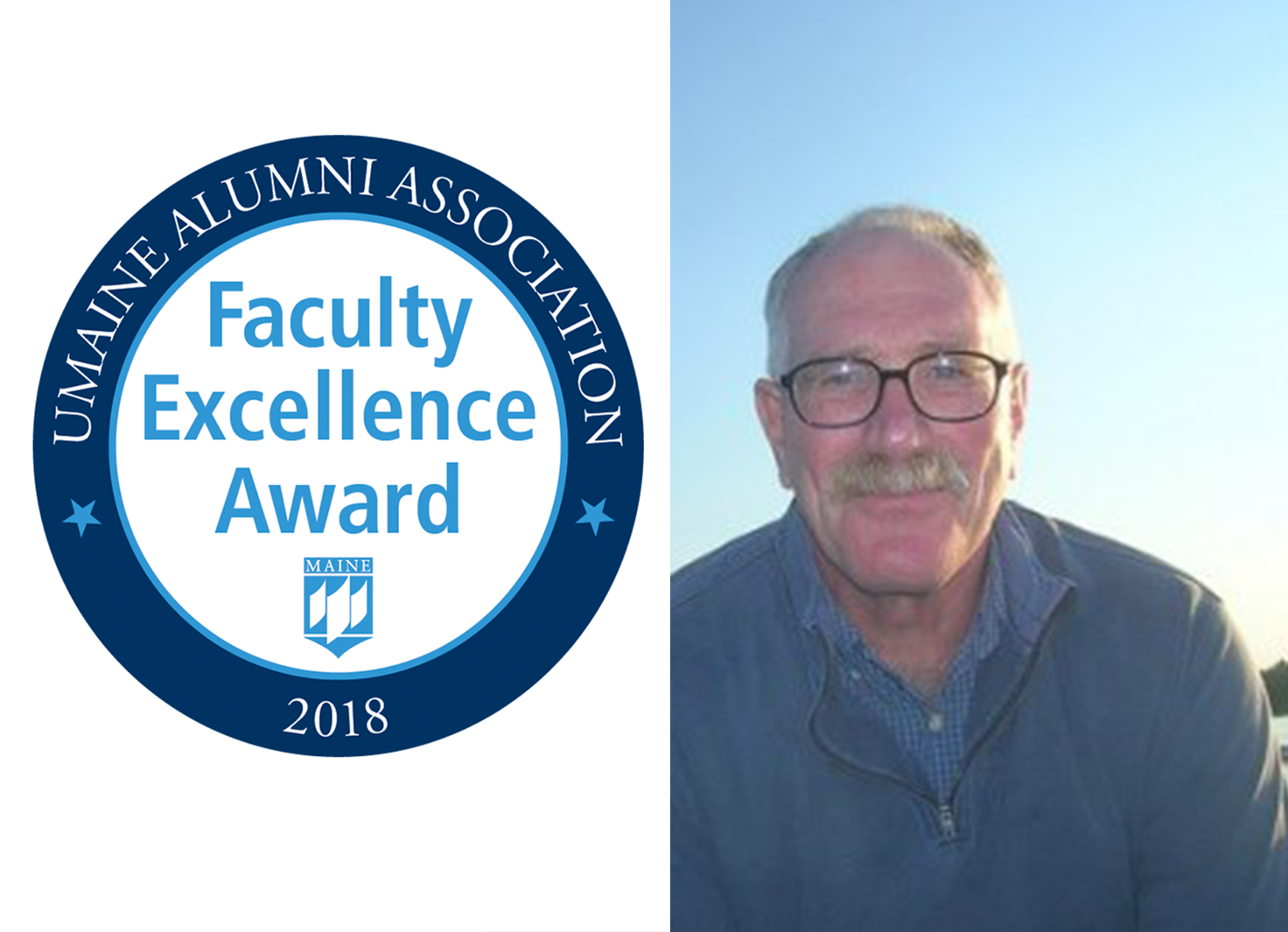 Professor Richard Brucher does not shy away from drama

Brucher, this month’s Faculty Excellence Award recipient, specializes in Shakespeare and other dramatic works of the English Renaissance as well as modern European and American drama. He is particularly interested in early modern revenge plays, but he also studies and teaches the forms that retribution takes in modern literature and drama.

“We need our Ibsens and Millers in these days of bombast, intolerance, and ‘fake news’,” he observes.

Brucher joined UMaine’s faculty in 1974 as an assistant professor of English. He credits department colleagues Nancy MacKnight and Burton Hatlen for mentoring him early in his UMaine career. He also notes the deep influence that fellow English professors Pat Burnes and Paul Bauschatz had on his teaching and scholarship over the years.

Brucher says he especially likes the interdisciplinary nature of the UMaine community. Along with working with colleagues and students in the English department, he has enjoyed teaching and collaborating with students and faculty from all of the university’s academic colleges.

Brucher emphasizes the relevance of old and new literature to understanding contemporary life.

“Regardless of how you make your living, read literature and go to the theatre once in a while so that you’re not surprised every time you watch the news.”