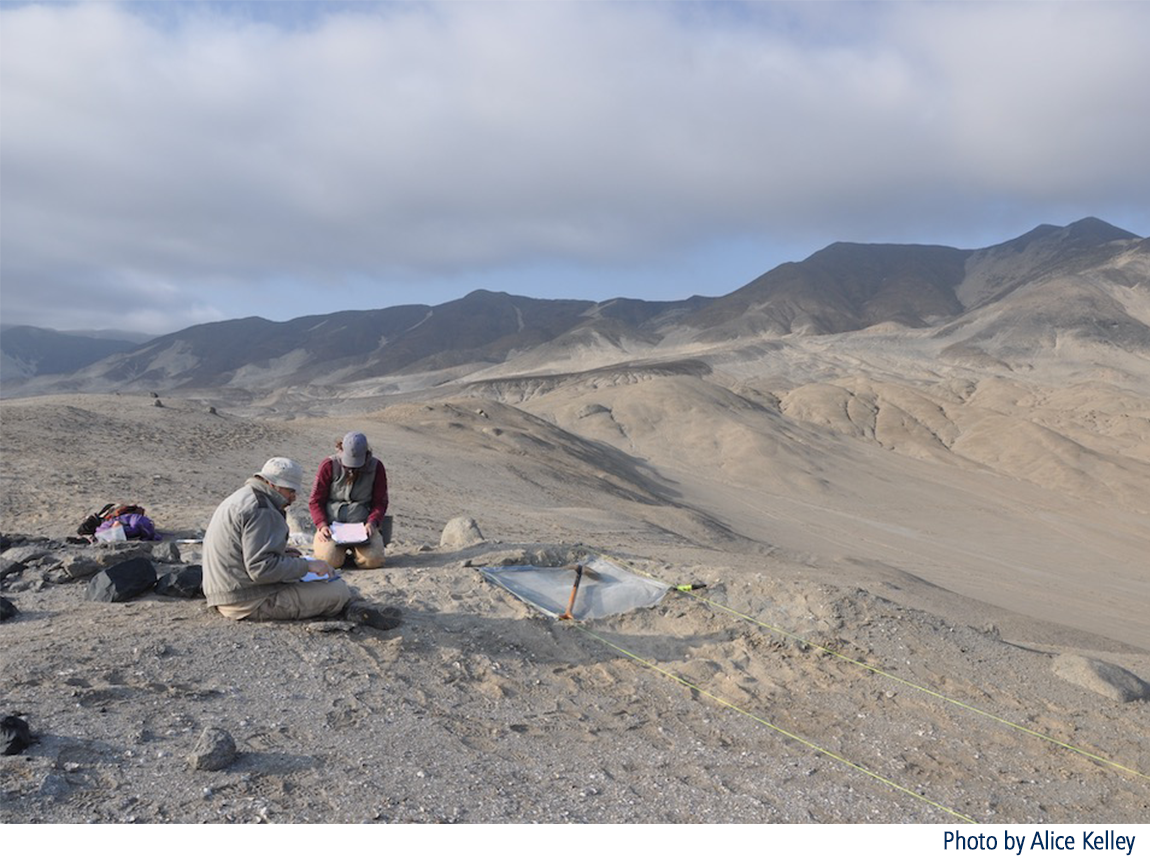 Dr. Daniel Sandweiss, University of Maine professor of anthropology and climate studies, recently worked at the Ostra Collecting Station (OCS), a part of an archeological site on the coast of Peru, nearly 36 years after his first visit to the site.

In 1980, as a graduate student, Sandweiss was the first to investigate the site and carbon dating indicates that samples he collected were over 6,000 years old. The remains show that the site was once a rocky ridge on the shore of the South Pacific, and the inhabitants were believed to peacefully fish, hunt, gather food, and farm.

Three years later, Candian archaeologist John Topic found evidence that proved otherwise – piles of stones modeled for slingshots that were potentially used for ammunition. This finding, if the stones dated back to the time of Sandweiss’ samples in 1983, would be the oldest evidence of warfare in the New World – pushing back when experts believe it began by thousands of years.

Sandweiss returned to Ostra with UMaine colleagues Paul “Jim” Roscoe, professor of anthropology, and cooperating professor for the Climate Change Institute and the School of Policy and International Affairs, Alice Kelley ’06G, Golden Undergraduate Coordinator and instructor in the School of Earth and Climate Sciences, and Research Associate Professor in the Climate Change Institute, as well as graduate student Emily Blackwood ’15. The project, in addition, was directed by UMaine alumna Cecilia Mauricio ’12G, ’15 Ph.D., an assistant professor at Catholic University in Lima.

The team collected stone samples and used state-of-the-art dating called Optically Stimulated Luminescence (OSL), that measures the time elapsed since a grain of sand was exposed to sunlight before it was buried. A signal is captured to measure the accumulation of electrons, which is then used to determine the age.

The OSL results will take some time before answers may be found. To read the full article, click here.