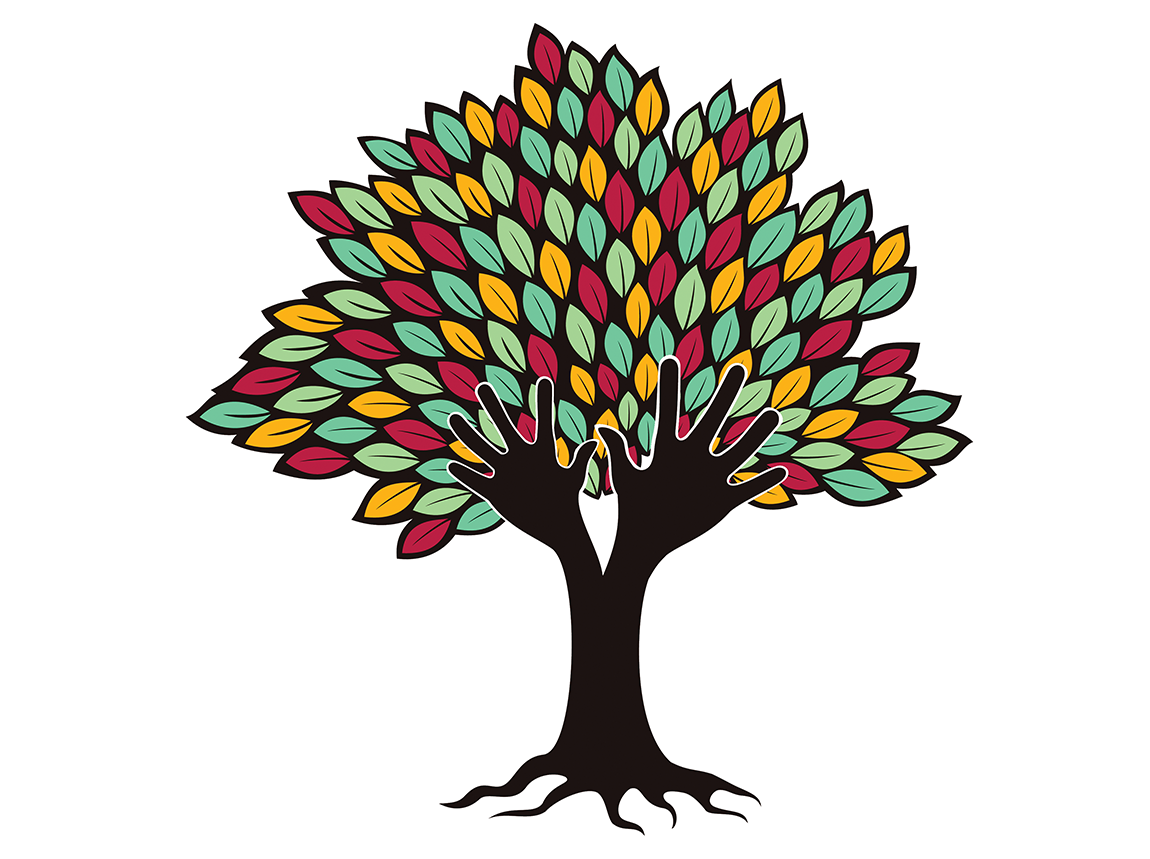 WHEN CLEMENT MCGILLICUDDY ’64 attended the University of Maine, one of his professors required him to read The New York Times daily. The course was introductory and not related to his major. But McGillicuddy dutifully followed through with the assignment. He passed the class and more importantly, gained a valuable lesson to view life through a different lens.

“To this day, The New York Times feeds my deep interest” says the Houlton native. “It contributed to my curiosity and created a foundation for lifelong learning.”

The Clement and Linda McGillicuddy Humanities Center in South Stevens Hall was dedicated two years ago. Its mission fulfills the wishes of the McGillicuddys to weave humanities into the lives of all students, faculty, and others on the Orono campus. It also shares university resources throughout Maine, collaborating with kindergarten through high school students and teachers, historical societies, art galleries, theaters, orchestras, museums, and more.

“Humanities at UMaine includes many majors,” explains Margo Lukens, an English professor at UMaine and director of the McGillicuddy Humanities Center. “What we see in the humanities are the studies that look at fundamental human activities, like modern languages and classics or the study of English and the creation of literature, communications, journalism, visual art, philosophy, performing arts, and emerging media. It’s so much about human beings creating things to communicate with each other.”

“The Clement and Linda McGillicuddy Humanities Center [MHC] enhances the visibility of the humanities and arts, within UMaine and beyond,” says Dean Emily Haddad, College of Liberal Arts and Sciences. “I value the MHC as an effective way to create a prominent identity for the humanities at UMaine. Faculty and students alike appreciate the recognition and financial support provided by the Center.”

THE CENTER SPONSORS guest lecturers throughout the year working closely with campus partners such as the Stephen E. King Chair in Literature and other faculty. Additionally, it hosts an annual humanities symposium. This year’s theme spotlights the legacies of World War I. Throughout the academic year, the Center has provided public lectures, films, and interactive events centering on the complex outcomes of the “Great War.”

The McGillicuddy Humanities Center also supports the Maine Folklife Center’s “Framing Maine” series, which brings lecturers and performers to campus whose work has helped to shape Maine’s past, present, and future. The MHC also partners with the Collins Center for the Arts, offering faculty speakers that illuminate upcoming performances and shows.

The McGillicuddy Humanities Center collaborates with area schools as part of its extensive public outreach activity. One example is Philosophy Across the Ages, a program that pairs UMaine undergraduate students with high schools and retirement communities to engage in seminar-style discussions. In 2014, Orono High School’s English Department took the Philosophy Across the Ages concept to another level by creating the Humanities Collaboration. Orono High juniors and seniors interact with students and faculty from the University of Maine, as well as members of the community, to promote philosophical dialogue based on humanities-focused events.

“STEM gets all the attention,” says Jim Bulteel, an English teacher at Orono High School. “We feel the humanities both complements it and enriches other regions of society that STEM can’t reach and we wanted to do something about that.”

There have been more than 20 roundtable discussions to date, featuring guest speakers on topics ranging from the #MeToo Movement to Keeping Hollywood Relevant. “I would love to see more opportunities to do this with UMaine,” says Bulteel.

Linda and Clement McGillicuddy are active participants in promoting the purpose of the Center. “Each time we meet with them, they are thinking up new things,” says Lukens. That includes creating the Clement and Linda McGillicuddy Humanities Center Undergraduate Fellowship for juniors and seniors. Awardees receive $4,000 for two consecutive semesters to work on research projects that engage the community in the practice of humanities.

“One of the things that makes this humanities center stand out in the country is its focus on the undergraduate experience,” says Lukens. “We really want these students to be ambassadors for the Humanities Center and humanities in general.”

The goal is to award eight fellowships every year with four students beginning their projects each semester. “We’re very interested in raising the profile of the humanities among undergraduates,” Lukens adds.

UMaine students and faculty are eligible for grant programs provided by the MHC. Donors to the McGillicuddy Humanities Center have enabled students to travel abroad for a semester. Endowments also provide for the study of Franco American culture, communication, and journalism as well as other areas of the arts. “There’s the Richard Parks 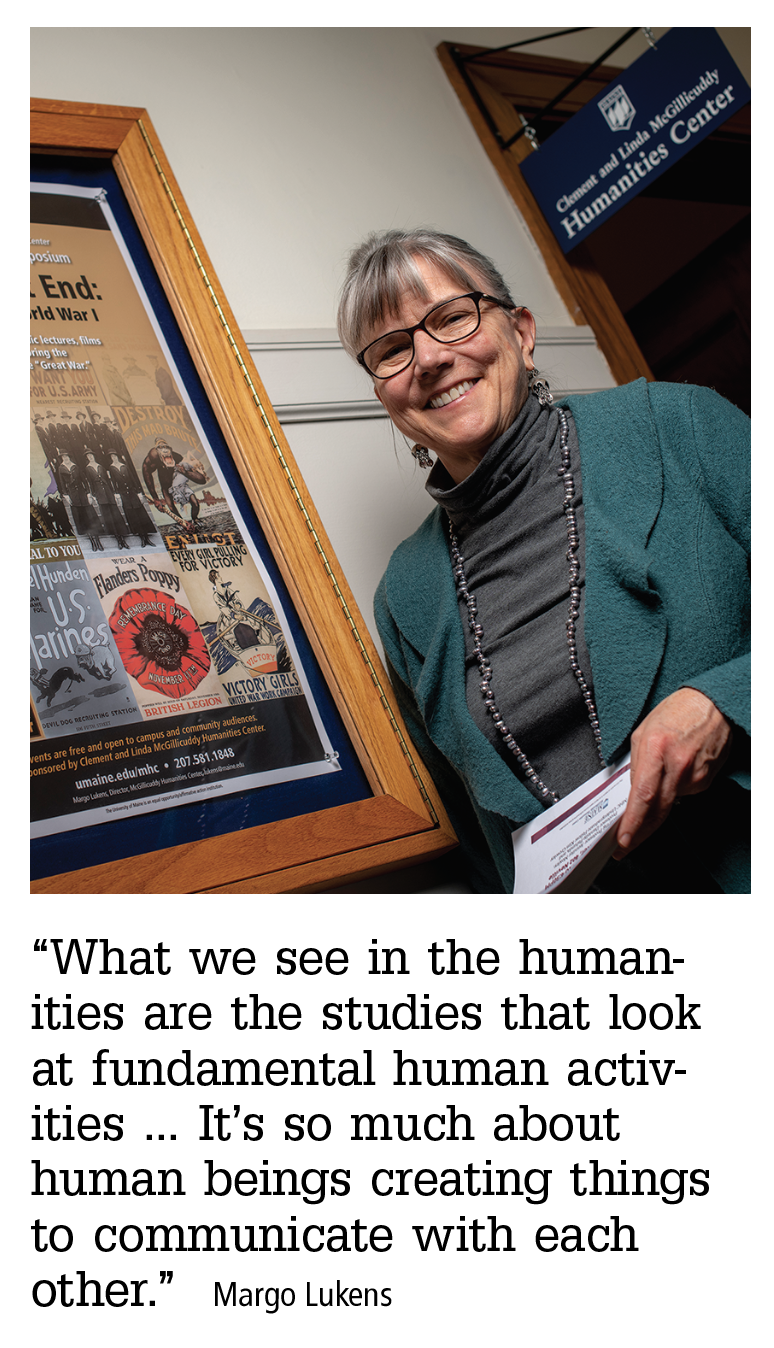 Anderson ’73 and Karin M. Anderson Music Composition Fund,” says Lukens. “It is going to be about the creation and performance of new musical compositions.”

“The McGillicuddys’ gift has had a transformational impact in moving the center forward to the next phase of its growth,” says Henry “Hank” Schmelzer ’65, co-chair of the McGillicuddy Human­­ities Center executive committee.

“We’re beginning to develop a plan for how we’d like to see the center expand its impact during the next three to five years,” he says. “We can contemplate setting goals that would have seemed unreasonable three years ago.”

LUKENS SEES THE center funding more interdisciplinary work in the near future. “I’m talking about humanities being the source of a project rather than being added as an embellishment,” she explains. “It could be an institute for K-12 teachers with instructors from history and English and Native American studies. Or taking on some of the world’s grand challenges, like clean water access rights and climate change.”

She believes the framework is already in place. “We’re trying to get out of the ivory tower but also not abandon it either,” says Lukens. “We want to recognize the wealth that’s there and then share it.”