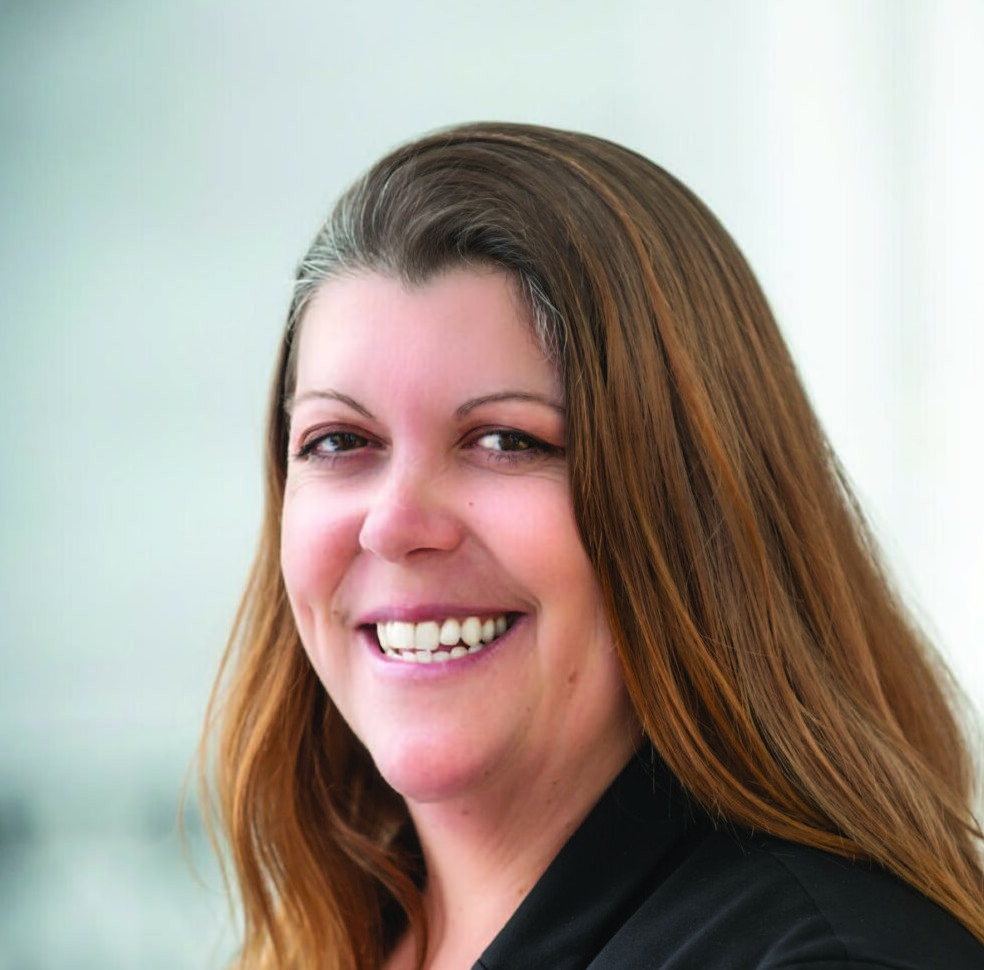 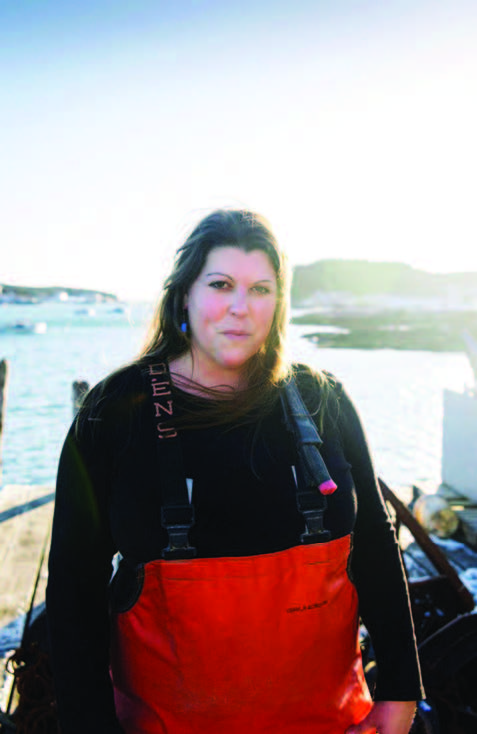 GENEVIEVE MCDONALD ’18 represents a legislative district that could have inspired the old Maine saying, “You can’t get there from here!” It consists of 10 communities scattered across 14 coastal islands in Downeast Maine. Only two of the islands are accessible by car from McDonald’s home in Ston
ington, so she often utilizes her own boat to make her legislative rounds.

McDonald was first elected to the Maine House of Representatives in 2018. Though fresh out of college, she brought to the State House a breadth of relevant life experiences that help her understand and serve the state like a veteran lawmaker.

Today she shares her uncommon perspective at Maine’s State House in Augusta. McDonald recently began her second two-year term in the Legislature. She has been appointed to serve as the House chair of the Government Oversight Committee, which oversees that public funds are used for their intended purposes and programs are effectively managed. McDonald will also continue to serve on the Marine Resources Committee, which deals with legislation and policy issues pertaining to the beauty and bounty of the Maine coast, one of the state’s most important environmental and economic resources and regions.

McDonald says her approach and success as an elected official are directly related to lessons learned through her UMaine experience.

“In July of 2012, I broke my arm. I couldn’t fish. I needed something to do with myself,” she said. “Dr. Carla Guenther, an adjunct professor with UMaine’s School of Marine Sciences, invited me to a fisheries policy and science conference hosted by the Island Institute. It became apparent to me at that meeting there was a communication barrier between the commercial fishing and scientific communities. I decided to enroll in college to gain the skills necessary to facilitate that dialogue.”

So, having developed an interest in marine sciences and resource management policies, she initially enrolled in courses at the University of Maine at Machias. Shortly thereafter, she transferred to the flagship university in Orono, taking courses through UMaine’s Division of Lifelong Learning, which offered degree programs that could be completed online.

Working remotely, McDonald started and finished her UMaine degree from her kitchen table. She completed her bachelor’s degree in University Studies with a minor in Maine Studies mere weeks after she and her husband, Cory, celebrated the birth of their twin daughters, Evalina and Elise. (McDonald chose to wait until the following year to participate in UMaine’s annual commencement ceremonies, which her one-year-olds attended.)

“I had an eclectic college experience,” McDonald explained. “It did not follow a traditional schedule. I took the fall semester off to fish, and then enrolled in as many courses as I could in the Winter Session and spring semester.”

“She was one of my best students at UMaine,” said Dr. Warren Riess of the School of Marine Sciences. “She was serious about her studies, thinking deeply about her readings and class material, and doing exceptionally well on assignments and exams. And she was notably helpful to other students through online discussion groups in each course she took with me.

“One couldn’t ask for a better student,” Riess added.

Her involvement in the fisheries motivated McDonald to pursue college, and lured her to politics.

She was working toward completing Maine’s apprenticeship requirements to earn a commercial lobster license when her local lobster zone management council began discussing changing the ratio for entry. If passed, this meant McDonald would have to wait longer to be eligible for a lobster license. Politics became personal. She sat in fisheries meetings, listening and learning.

After becoming a captain she participated in the Maine Lobstermen Leadership Institute, a program hosted by the Maine Lobstermen’s Community Alliance that seeks to foster civic engagement and build the next generation of leaders to preserve the economic vitality and stewardship of the resource.

In 2014, she was appointed by the commissioner of the Department of Marine Resources to serve as the Downeast Region Representative on the Maine Lobster Advisory Council. In this role she began testifying at the State House, which is when her local legislator encouraged her to run for his position after he completed his final term in 2018. 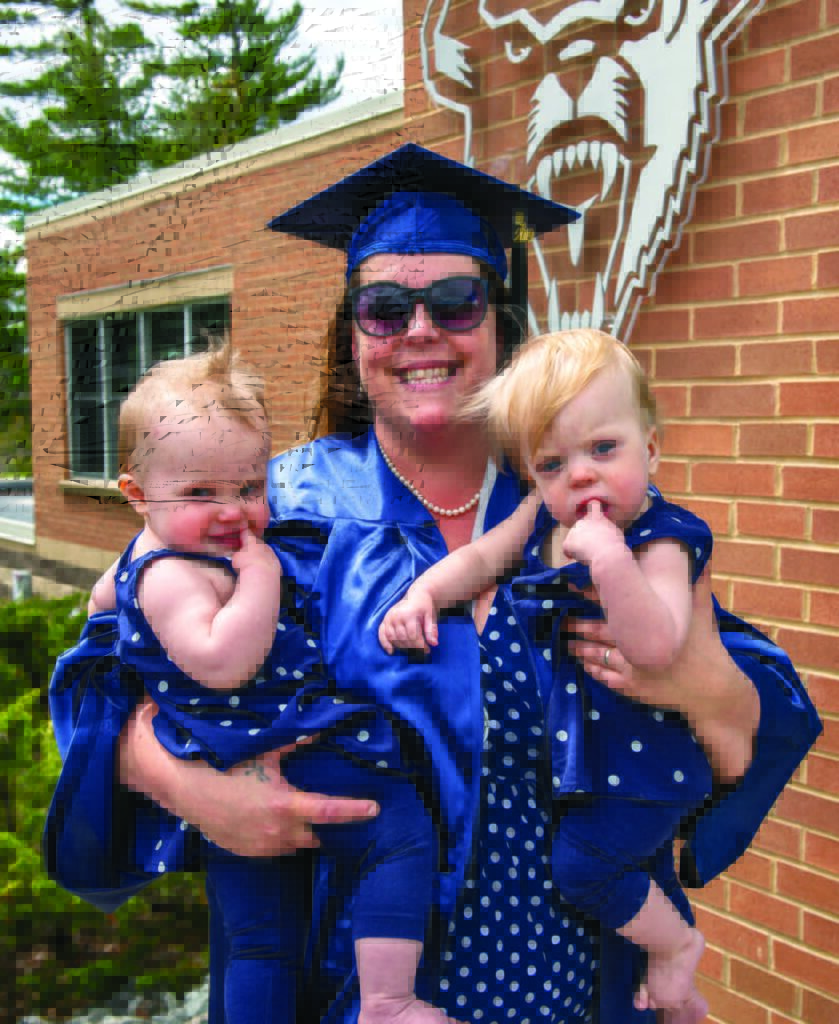 She sought out the guidance of Dr. Richard Powell, a professor of political science and leadership studies. “Being a student at UMaine provided me the opportunity to take political science classes as a primer for government,” McDonald said. And though she was working toward her degree online at home in Stonington, it was a Washington, D.C. travel course that solidified her decision to pursue public service. The course was offered by UMaine’s William S. Cohen Institute for Leadership & Public Service, which Powell directs.

Traveling with faculty and other students, McDonald met with elected officials and staff on Capitol Hill to learn firsthand about politics and policymaking.

“It was eye-opening,” she said. “I was already considering running for office and I found it fascinating how people, politics, and policy intersect. I decided to run — that trip solidified it.”

Applying her educational, political, and life experiences, McDonald sought and won a seat in the Maine House in 2018. She was unopposed for re-election this past November.

“I have a lot of respect for the representatives before me in this seat who had to travel exclusively by ferry to access the unbridged islands. It gets complicated in the winter, but in the summer we take my boat,” McDonald said, noting that her twin daughters often accompany her on those visits. The pandemic has made it necessary for her to meet with already-isolated constituents remotely. However, working productively online is nothing new to McDonald, as her academic success at UMaine documents.

McDonald maintains direct and indirect connections with UMaine. Recently, she joined the board of advisors for the university’s Cohen Institute, which had coordinated her inspirational trip to Washington. She also serves as the fisheries liaison for New England Aqua Ventus, a partnership with UMaine researchers to develop Maine’s offshore wind power technology. In that role, she understands and communicates the perspectives of those involved in, and affected by, Maine’s commercial fishing industry.

“A healthy environment leads to a robust resource, and a robust resource leads to happy fishermen,” McDonald said. “We all depend on clean air, cold water, and a healthy planet, whoever you are. Commercial fishermen are the original stewards of the sea. We care deeply about the success of the marine ecosystem both for our livelihood and because it contributes to our identity and sense of place. Being on the ocean is who we are. It’s a legacy we want to hand down to our grandchildren.” M