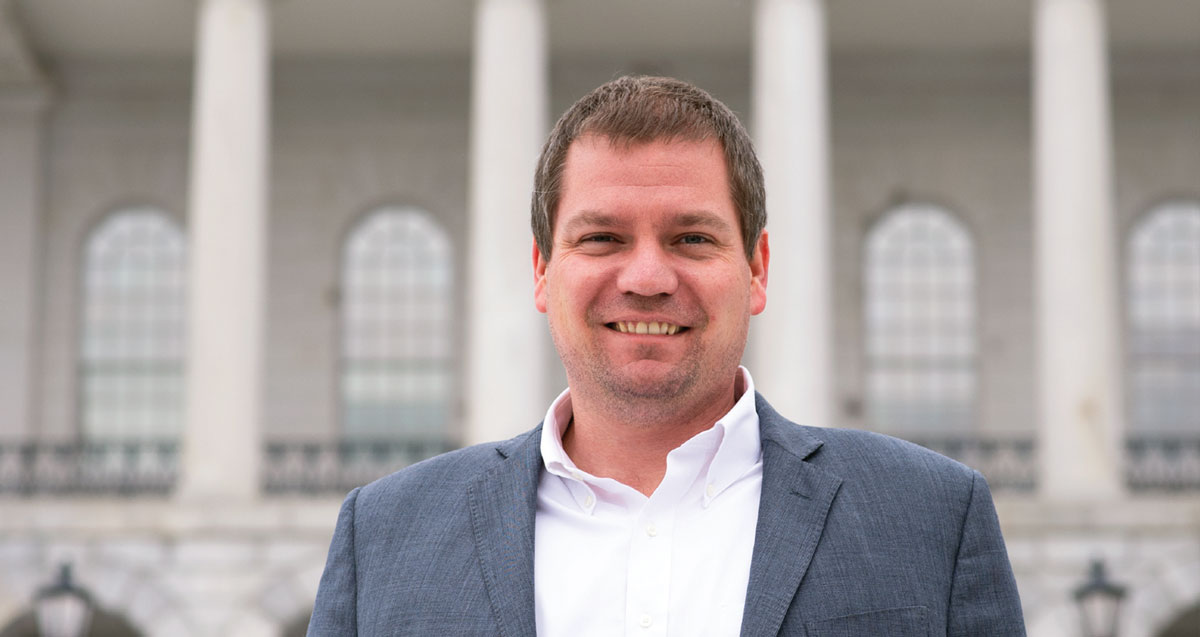 FOLLOWING HIS UMAINE graduation, Erik Gundersen ’05 moved to Arizona to pursue a career as a golf pro. When that didn’t pan out, he moved back to Maine, where he has become a major player of a different kind. 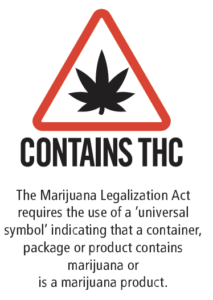 Many in Maine were surprised (and shocked) to discover that medical marijuana has become Maine’s most economically valuable crop, easily outpacing potatoes, milk, and wild blueberries. And those numbers don’t reflect the impact of Maine’s recently launched adult-use recreational marijuana market, which grossed $1.4 million for its licensed retailers in October, its first month of sales.

So how did Gundersen, a relatively young man whose career aspirations at one time included stand-up comedy as well as golf, end up as Maine’s “Marijuana Czar,” as news reports sometimes describe him?

Gundersen was born in Austin, Texas, where his father was completing his Ph.D. in biochemistry at the University of Texas. Following post-doctoral academic positions at the University of Wisconsin-Madison and The Johns Hopkins University, Dr. Gundersen in 1992 accepted a faculty position at the University of Maine. The family — father Robert, mother Kathleen, and siblings Jennifer ’03 and Erik — settled in nearby Bangor. (The elder Gundersen currently serves as chair of UMaine’s Department of Molecular and Biomedical Sciences.)

Erik attended Bangor High School and, at UMaine, earned a bachelor’s degree in business administration with academic emphases on marketing and political science. Following graduation, Gundersen took his degree and golf clubs to Arizona, where he worked in Phoenix as a product specialist for the golf giant PING.

Gundersen was laid off in 2009 as a consequence of the Great Recession, prompting him to relocate to southern Maine. With professional opportunities in Portland scarce, he began utilizing the stand-up comedy lessons he took while living in Arizona, immersing himself in the southern Maine and New England comedy scene. Eventually he formed a booking company with other friends, but making a living remained tough.

“This time of my life was incredibly fun but not sustainable,” he recalled. “Making it big in comedy really requires you to move to [New York City] or Chicago and I was happy and wanted to stay in Maine.”

A CHANCE conversation with a friend who worked in Maine politics steered Gundersen’s career in a new direction: working for Maine’s Democratic Party as a field organizer. His success there eventually led to a job at the State House as a legislative aide, where in time he rose to senior staff positions for two Maine Speakers of the House and various committee chairs, including those leading the special legislative committee charged with working out the details and nuances of Maine’s new voter-approved marijuana legalization law.

As the committee’s senior legislative policy associate, Gundersen worked with legislators and Maine Attorney General Janet T. Mills’s office to draft the associated laws and framework needed to carry out the act.

It was an enormous challenge: they had to devise a responsible way to convert what had been an illegal enterprise into a legal but carefully regulated, multi-tiered industry.

The assignment was further complicated by disparities in federal and state law: Although 36 states and the District of Columbia have adopted various degrees of legal sale and possession, marijuana remains illegal under federal statutes, though the law is not widely enforced for possession of minor amounts.

The special committee’s work came to fruition in May 2018, when the full legislature approved “An Act to Implement a Regulatory Structure for Adult Use Marijuana.” That law set in motion the steps and budget to create the Office of Marijuana Policy and, eventually, the legal sale and regulation of adult recreational marijuana use. In February of 2019, Mills — sworn in a month earlier as Maine’s new Governor — appointed Gundersen as OMP’s first director.

“Erik is an amazing person to have on your team and I can truly say I enjoyed all aspects of working together, even during some very difficult negotiations,” said State Rep. Teresa Pierce of Falmouth, the co-chair of the Legislature’s Marijuana Legalization Implementation Committee. “I most appreciate his ability to make a decision and stick by that decision even in the face of difficult moments.”

OMP’s stated mission is “to ensure the health and safety of all Mainers by effectively and responsibly licensing and regulating marijuana” — principally, growers, distributors, medical prescribers, and retailers. But product consumers, taxpayers, law enforcement, and Maine Revenue Services (the state’s version of the IRS) are OMP stakeholders as well, which the agency emphasizes in its vision statement: to “develop a good faith partnership between the State of Maine and stakeholders by establishing rules and policies that provide interested consumers with access to a regulated industry while diminishing an unregulated, untested illicit market.” 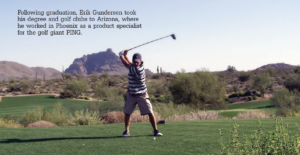 GUNDERSEN AND his staff of 32 oversee the industry’s licensing, regulation, compliance, data collection, stakeholder outreach, public health campaigns, law enforcement training, and policy initiatives. The recent legalization of adult-use recreational marijuana has increased the challenge and demands on Gundersen and his team.

“I guess this comes with being in charge of a new program that’s estimated to be in the range of $300-$400 million annual revenue,” he acknowledged. However, marijuana regulation and compliance, not the volume of sales, are his main concern.

“While it is easy to focus solely on the [the industry’s sales and Maine tax revenue potential], it is important to note that the Office of Marijuana Policy’s primary objective is maintaining the high standard of public health and safety we have set for the adult use program,” Gundersen emphasized recently.

Friends, colleagues, and observers attribute Gundersen’s success to his inquisitive, team-oriented, and even comedic nature.

“I think Erik has done an amazing job launching an entire regulatory system in the midst of the pandemic,” said Andrew Freedman, Colorado’s first director of Cannabis Coordination and one of the industry’s regulatory pioneers. “My guess is that Maine is going to be a national leader.

“Erik is a rare leader,” Freedman continued. “His [national regulatory] colleagues are equally drawn to him, often looking to elevate him to leadership roles for the state’s biggest challenges. Yet Erik has shown tremendous capacity to learn from others and to listen intently when he is unsure of the path forward.”

Sean Smith, the person who originally encouraged Gundersen to get involved in Maine politics and public policy making, is also impressed with what Gundersen has accomplished so far.

“Maine voters who legalized marijuana at the ballot, businesses who have invested millions in Maine, and the state and municipalities who are charged with creating a safe and fair structural system are relying on Erik and his team to get the state’s recreational marijuana policies right,” Smith explained. “[He] has been successful . . . because of his ability to strategize, resonate with all types of people, quickly assess a situation and act, and because he’s a genuinely nice, generous, funny guy who doesn’t take himself too seriously.

“There’s not a person in Maine government or in state politics, regardless of party, who doesn’t like Erik Gundersen,” he added.

Pierce, the committee co-chair who continues to work closely with Gundersen and his staff, agrees, adding, “We are lucky that he chose to stay in Maine, build his family and professional life here, and share his many talents for the benefit of our state.” 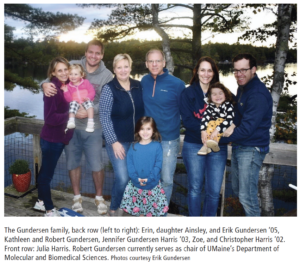 Those interviewed for this piece predicted, individually, that Gundersen’s future in public policymaking is bright, based on what he has so far accomplished as a legislative staffer and as director of a young and consequential regulatory agency within Maine’s executive branch.

Gundersen, however, is focused on his agency’s mission and his family. (He, his wife Erin, and their two-year-old daughter, Ainsley, live in Portland.) He admits that his colloquial title — the one often cited in news reports and around the State Capitol — does bring some satisfaction and occasional laughs.

“Being known as Maine’s first ‘Marijuana Czar’ is pretty neat,” he said. M