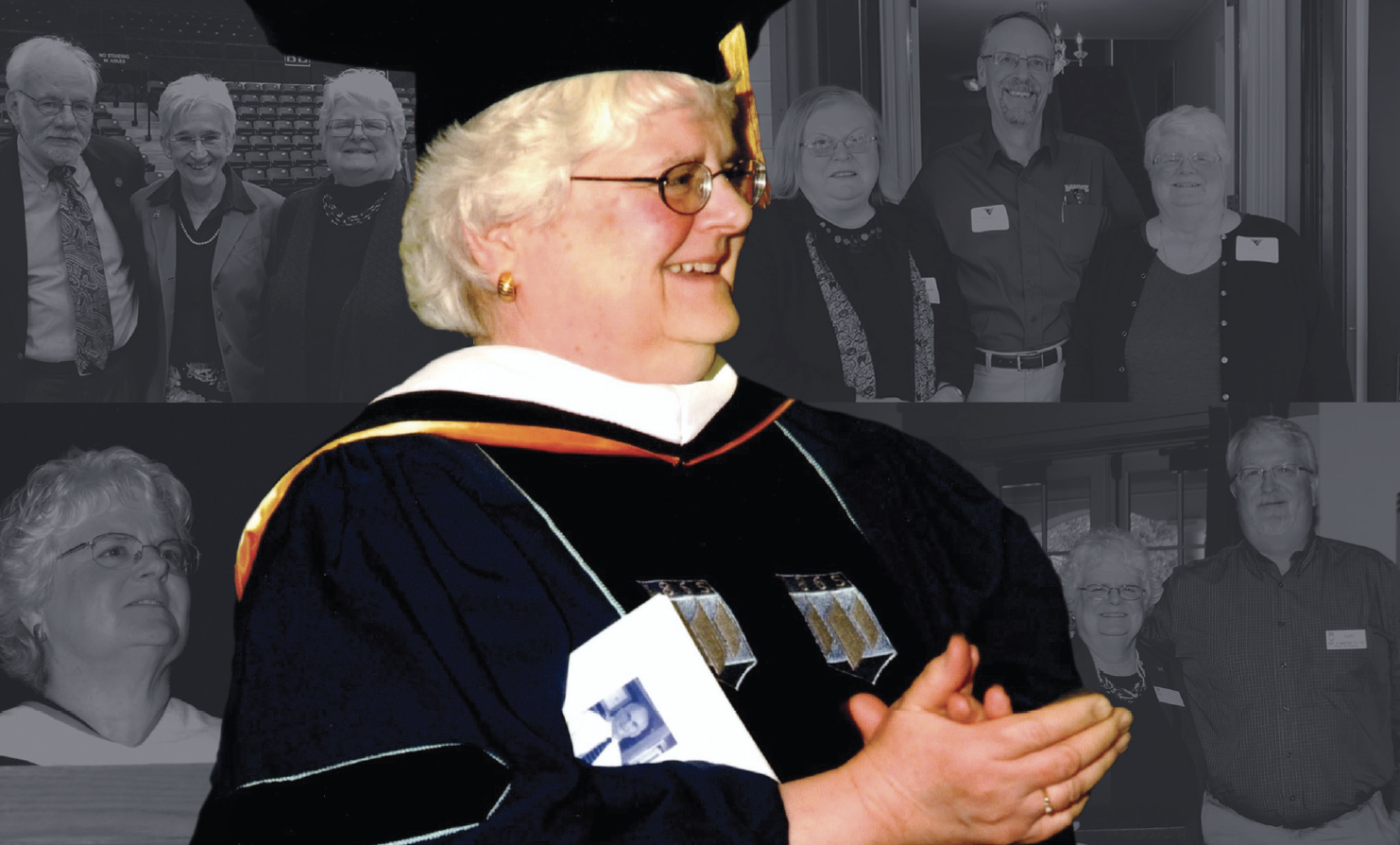 THE UMAINE Alumni Association Board of Directors has voted to rename one of its most prestigious awards after a longtime Association volunteer and leader who passed away on October 9, 2020.

In December, the board voted unanimously to rename the “Pine Tree Emblem Alumni Service Award” as the “Suzanne Kay Hart ’68 Alumni Service Award.” The action honors Hart’s decades of active service and volunteer support, which included 17 years on the Association’s governing board. Her leadership positions included terms as the board’s treasurer, vice chair, and chair.

Established in 1930, the annual Pine Tree Emblem Alumni Service Award “recognizes exemplary leadership and extensive service, in multiple ways and over a lengthy period of time, to promote the success, reputation, and value of the University of Maine Alumni Association.” Hart herself received the award in 2012.

“Suzanne was an exceptional leader and volunteer,” said Association President & CEO John N. Diamond ’77, ’89G. “She believed strongly in the value and importance of a self-governing alumni association as the best model for engaging alumni and advocating for the university’s interests.”

Hart, a third-generation Black Bear, earned a bachelor’s degree in political science at UMaine before pursuing master’s and doctoral studies at the University of Michigan. Her career included various public policy and data analysis positions at Medical Care Development in Augusta, the Muskie School for Public Policy at the University of Southern Maine, and UMaine’s Social Science Research Institute and Margaret Chase Smith Policy Center.

The first recipient of the renamed award will be Barbara Brown Dalton `81. Dalton, who was a close personal friend of Hart, will receive the honor during an online event on April 29. M