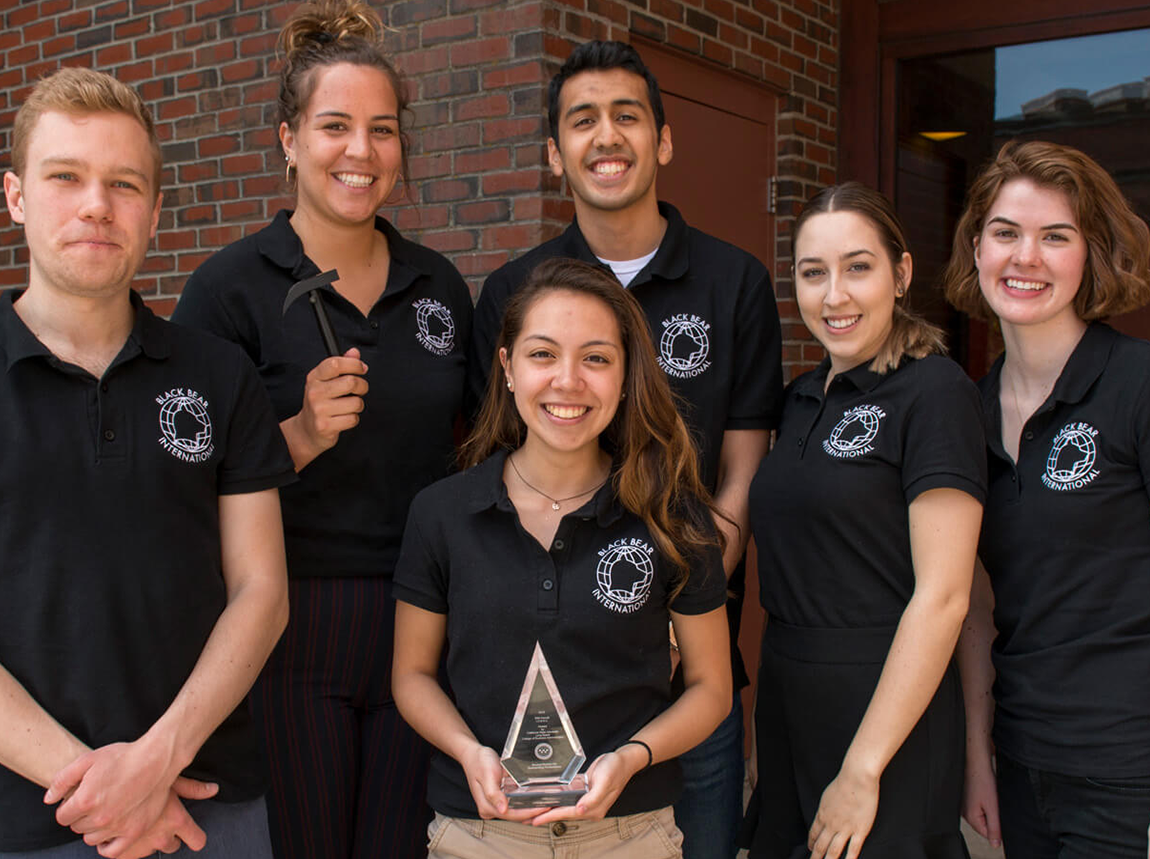 A six-member team from the Maine Business School recently earned a performance award – the first for the University of Maine – at the 50th annual International Collegiate Business Strategy Competition in Anaheim, California.

In the rigorous, semester-long business simulation, which consisted of a remote phase and a final on-site phase, students ran a virtual company over five simulated years. They simulated a manufacturing company that produced a multi-tool product.

Over a 10-week period, students made quarterly decisions about product price, marketing, salaries, transportation costs, finance expenses and inventory details, according to deadlines that occurred with increasing frequency.

Then, from April 26-28, students from more than 20 business schools around the world gathered in Anaheim for the competition’s second phase, and divided into teams, or “worlds,” to compete in two categories: best reports and overall performance. In the second phase, they completed the quarterly decisions, produced an annual report and a business plan and gave an oral presentation to a panel of judges that acted as a board of directors for the simulated company.

The UMaine team placed second runner-up for overall performance within its “world,” which consisted of six groups.

“The competition was one of the most challenging I’ve ever done academically, but also the most rewarding,” said Emma Huntley, a marketing and management major from Machiasport, Maine, who was in charge of the simulated company’s sales.

“This is simply the finest undergraduate team of students I have ever been involved with in 41 years of teaching,” says UMaine management professor John Mahon, who advised the group with finance and accounting lecturer Matt Skaves.

“They faced serious challenges and could have collapsed or folded, but they did not and were determined to do well.”

“I learned more from this competition than I could have in the classroom because it required us to make real-time business decisions and deal with unexpected disasters,” says Johnson, a marketing and management major from San Diego.

She also realized the value of collaboration and multiple skill sets. “When a team comes together from different backgrounds and sets a goal, anything is possible.”