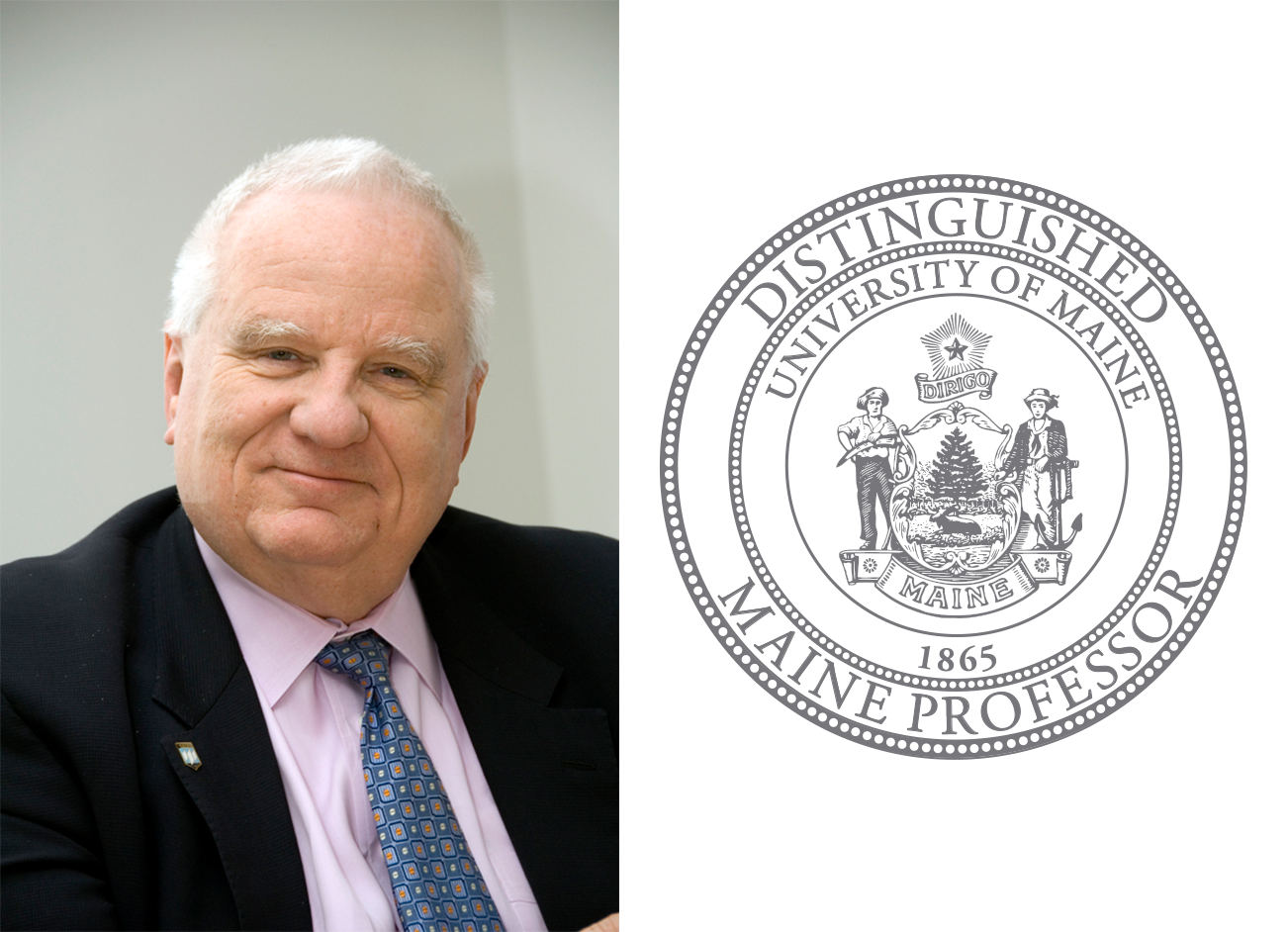 ORONO, Me.—John F. Mahon, one of the University of Maine’s most respected and prolific professors, has been named UMaine’s 2017 Distinguished Maine Professor, the institution’s highest faculty honor.

Mahon, a management professor in the university’s Maine Business School, was selected from among five UMaine finalists following a rigorous review of their teaching, research, and public service records of performance.

As Distinguished Maine Professor, Mahon will have the honor of addressing graduating students during UMaine’s 2017 Commencement ceremonies on May 13. He also receives a $4,200 honorarium provided through a special endowment fund created more than 50 years ago by UMaine’s Class of 1942 and currently maintained by the Class of 2002.

The UMaine Alumni Association, which also provides financial support for the award, organizes the annual selection. An 18-person committee of alumni, current and retired faculty, and student leaders conducted the review process and made the selection through secret balloting based on a detailed set of weighted criteria.

“It is hard to overstate the contributions that Dr. Mahon has made to the teaching mission of the university over the 16 years that he has taught here,” explained Ivan M. Manev, the dean of the Maine Business School. “He is one of those very rare and towering figures in the classroom who make such an impact on students that they remember him for life.”

Recently Mahon was recognized by the Aspen Institute as a finalist for its internationally prestigious Faculty Pioneer Award for his interdisciplinary course on climate change, business, and public policy. Closer to home, Mahon was the 2014 recipient of the Maine Business School’s Outstanding Teaching Award as well as several other honors for his advising and mentoring of undergraduate and graduate students.

In addition to Mahon’s renown as a teacher, he is considered one of the world’s foremost experts on corporate social responsibility—in fact, a few years ago, Business & Society, the leading scholarly publication of research in that field, cited Mahon as the author of four of its ten most impactful research articles.

In 2011 Mahon received UMaine’s Presidential Outstanding Research and Creative Achievement Award. According to records, Mahon’s scholarly research has been cited by other scholars more than 5,200 times, a remarkable total that underscores his international influence.

“Professor Mahon’s combined scholarly, consulting, and leadership roles mean that he can offer undergraduate and graduate students an impressive breadth of state, national, and international business experience in addition to his academic teaching and mentoring role,” noted Paul Andrew Mayewski, the 2010 recipient of the Distinguished Maine Professor Award and one of the many faculty members and former UMaine students who nominated Mahon for this year’s award.

One other reflection of Mahon’s enormous impact is his curriculum vitae, the formal summary compilation of the courses he has taught, the presentations he has given, his published research and essays, and awards received. It is a remarkable 54 pages long, which David W. Townsend, the 2006 Distinguished Maine Professor, offered as “abundant, indisputable, and quantifiable” evidence that Mahon “is without a doubt the most distinguished professor on campus.”

Mahon will be honored for his selection at the Alumni Association’s annual “Dining With Distinction” event on Thursday evening, April 20 at Buchanan Alumni House on the Orono campus. Past recipients of the Distinguished Maine Professor Award will be present along with other members of the campus community, alumni and friends. For more information on the event contact alumni@maine.edu.

Established in 1875, the University of Maine Alumni Association is an independent, not-for-profit organization dedicated to supporting the interests of UMaine and its 107,000 alumni.