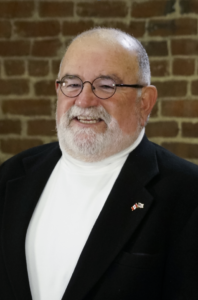 Theeman has worked both on and off campus to generate support for the University of Maine. His on-campus involvement included serving on the Innovation Advisory Board and as a member of UMaine’s Board of Visitors from 2004-2016. As a member of the Board of Visitors, he provided thoughtful analysis and always kept the overarching best interest of UMaine and its students in the forefront. He also served as a valued member of the Structure and Governance subcommittee, which was created to plan the transition of the University of Maine at Machias into a regional campus of UMaine. That assignment was particularly beneficial to the university and meaningful to Theeman, a Washington County native who grew up in Lubec, just a 40-minute drive from the Machias campus.

Theeman’s advocacy for UMaine occurred throughout his personal and professional life. As chair of the Bangor Region Chamber of Commerce and as a member of several economic development committees, he helped promote the university’s role in advancing the state’s economy and was a leading promoter of greater state investment in UMaine’s research and development enterprise.

In 2015 Theeman retired from Eastern Maine Healthcare Systems (now known as Northern Light Health) after four decades with the organization, including 26 years as President and CEO of Affiliated Healthcare Systems, a member institution of Northern Light Health. He remains a respected statewide leader with a demonstrated commitment to working on behalf of greater Bangor, the Downeast region, and the state.

2019 Champion of UMaine Award Sponsored By: