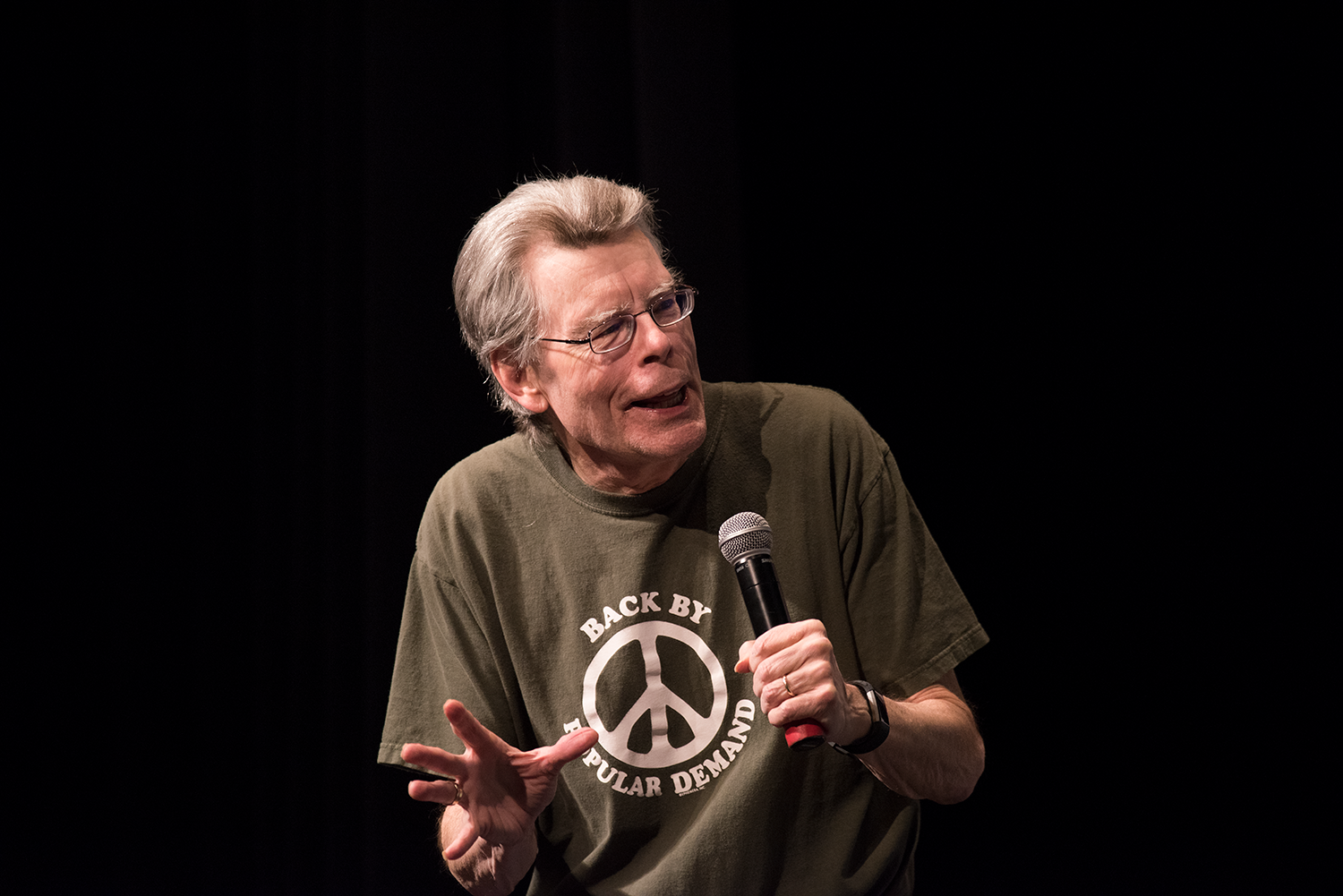 In November, 50 years after they first met on campus, Stephen King ’70, ’87 Hon. L.H.D. and several longtime friends reunited onstage in front of a full house at UMaine’s Collins Center for the Arts. They gathered to reflect on coming of age together in Orono–and on the iconic classmate who became one of the world’s most popular and recognizable writers.

The occasion was the public launch of Hearts in Suspension, King’s new book. Published by University of Maine Press and edited by Jim Bishop (one of King’s first writing instructors at UMaine), the book features first-person essays about the intertwined relationships and experiences of King and 12 other campus contemporaries during the anti-war movement of the late 1960s.

Along with the essays, Hearts in Suspension also features four first-ever reprints of “King’s Garbage Truck,” the popular Maine Campus newspaper column he authored as an undergraduate student, as well as photos and a reprint of Hearts in Atlantis, King’s novella of his freshman year at UMaine as recounted by his fictional alter ego, Peter Riley.

These images and book excerpts attempt to capture that memorable evening in November. 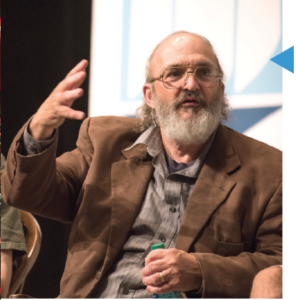 “One day as I sat at my desk [at the Maine Campus], Steve King walked into my office and said, ‘I want to write a column.’ ‘Just two rules,’ I said, as I picked up a copy of the paper and pointed to a spot on the Op-Ed page, ‘it has to be on my desk by noon Tuesday and it has to fit in this space.’ And thus began a weekly dance between writer and editor”

-David Bright, “To Maine in Search of Life’s Mission” 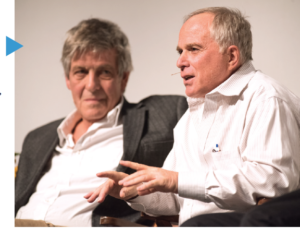 “From the start [King] was interesting and I wanted to get to know him. He was gangling and unkempt. He walked slightly hunched over, as if his shoulders, or head, or brain were too heavy to carry…He was a bit of a wunderkind, a cool writer and something of a misfit.”

-Philip Thompson, “We Were Stardust” 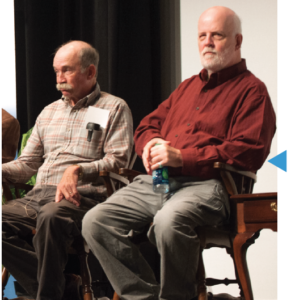 “Unlike most student writers, whose lack of ‘real world’ experience left them struggling to find something worth writing about, Steve seemed to have a very old soul. He wrote with authority…I realize now, of course, that I had a ringside seat for the birth of a great talent.”

-Jim H. Smith, “How Young Jimmy Met the Old Necromancer in a Hall of Hopes and Dreams and Got a Ringside Seat to the Graveyard Shift” 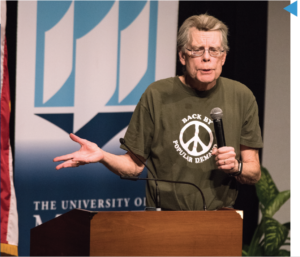 “Songs like [The Doors’] ‘Five to One’ did more than fill us; they explained us to ourselves and defined the darkness we often felt…Part of it was the war; most of it was the pain of leaving childhood behind.”

-Stephen King, “Five to One, One in Five”

“There was little reason for us to notice each other that first year; [she and King] were both still ordinary citizens attempting to reinvent ourselves and discard the outgrown personalities we had brought with us.”

Hearts in Suspension is available for purchase through the University of Maine Press: umaine.edu/umpress/. Choose the “UM Alumni” option (password: ALUMNI).